Malmo will be in search of their first win of the current Champions League campaign when they face Chelsea at Eleda Stadion on November 02. The fixture seems to be a tough duel as both teams enter on the back of consecutive wins ahead of this match.

Here are our predictions for Malmo vs Chelsea.

Chelsea has been great recently by winning their last six matches consecutively. They have claimed three victories in three of their last four away games. Malmo will also be in high spirits following their last two successive wins and the home advantage for this match. But looking at the H2H results, Chelsea has always been a tough challenge for them as they lost all their three games against the Blues. Malmo also lost their previous meeting of UCL Group Stages against Chelsea. So we see the visitors registering their seventh victory in a row by taking the lead in this match.

Chelsea has shown spectacular numbers from their side recently. They have an average of 3.7 goals per game from the last four games, displaying 15 goals in that matches. Malmo also has done quite well, scoring eight in the previous five outings. Adding more, all of their last three H2Hs have gone over 2.5 goals. So there is no wonder to expect this match to end with a high-scoring total.

Malmo has scored in five of their last six games, while the Pensioners are even better by scoring in every game from the last six matches. Malmo were unable to score in the last duels against Chelsea but have scored once in the home game. On the other hand, Chelsea has scored every time against Malmo. So we believe this match to come to the end with the goals from both sides, but the lead for the visitors.

Malmo vs Chelsea: Check out the best odds and the latest stats

Match Preview of Malmo vs Chelsea: Blues look to secure knockout round path in Sweden

The lead against Newcastle in their last match helped Chelsea to stay at the top of the Premier League. The scoresheet was 0-0 in the first half but two goals from Reece James and a penalty from Jorginho helped them to get over the Magpies by 0-3. The team has registered two of their three UCL games. Chelsea manager Thomas Tuchel will have Rumelo Lukaku, Timo Warner, and Pulisic on the injury list.

The Blue Ones are having great results in the Allsvenskan but not the same in the Champions League. Malmo lost all of their three matches of the group stages and are on the last of Group H. They won the last match against Sirius by taking the lead in the stoppage time with the final result of 2-3. Felix Beijmo and three other players are not ready for the selection ahead of this match.

Questions About Malmo vs Chelsea 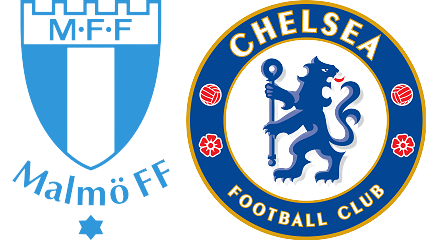 Where is the game being televised? beIN Sport, BT Sport, CMore, DAZN Deutsch and Viaplay.

Where is the game being played? Eleda Stadion (Malmö).