The first game to be played on Sunday in this round of La Liga is the Mallorca vs Villarreal duel. It should be a very interesting match and we have a preview of the game for you.

Our best free predictions for Mallorca vs Villarreal

You can find many La Liga betting tips on our website, including our favourite predictions for the Mallorca vs Villarreal duel:

Although Villarreal didn't have the best start of the season while Mallorca is surprisingly in the eighth place after the first four rounds, we decided to bet on Villarreal nonetheless. After all, Villarreal is obviously the better team and current winners of the Europa League. That being said, the last two h2h duels between these two teams were won by the home team, so take that into account as well.

Judging by the performances of these two teams in the first four rounds of the new La Liga season, it's clear that we can expect a low-scoring game. Mallorca averaged just 1.5 goals per game in the first four matches in the league, while Villarreal has done even worse with a 1.33 goals per game average in the season so far, although they only played three games.

Top odds, latest stats, and more for Mallorca vs Villarreal

If you are searching for the latest stats and best odds for the Mallorca vs Villarreal duel, you've come to the right place:

The newly-promoted team started the season in La Liga well, with a couple of wins, a draw, and a loss. Mallorca is obviously in good form and they can hope to avoid a relegation battle if they can keep a similar form up throughout the season. Raillo, Russo, and Angel are currently injured and they will miss the upcoming match against Villarreal, which could affect Mallorca a bit.

The reigning winners of the Europa League have started the new season in La Liga with three straight draws, which isn't the best start for Villarreal. In addition to this, the team also drew against Atalanta in their first game in the new edition of the Champions League. So, the Yellow Submarine is really in need of a win against Mallorca and with Chukwueze being their only injured player at the moment, they will be able to field their best team in this game. 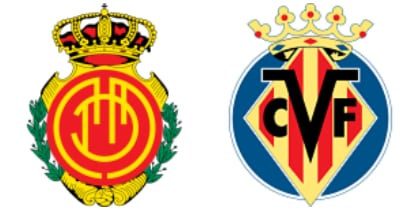