One of the closest matchups in the upcoming round of La Liga is the Mallorca vs Getafe duel. So, we have a detailed preview of the game if you want to check it out, along with some free betting picks.

Our favourite Mallorca vs Getafe betting tips and predictions

If you are struggling to find the right bet for the Mallorca vs Getafe duel, check our top betting tips for this game:

Mallorca and Getafe to Draw

While Mallorca started the season well, they've been struggling a bit lately since they've failed to win in the last six rounds of La Liga, four of which were draws. Meanwhile, Getafe finally climbed up from the last place with two wins in the last three games.

So, with Getafe being in better form and Mallorca playing at home, we feel that a draw is the most likely outcome for this game. In addition to this, three of the last five meetings between these two teams have ended without a winner.

Mallorca and Getafe to Draw at Half Time

Since we expect to see this game to end without, we also expect Mallorca and Getafe to be tied at half time, as is the case with many games that end in draws.

In addition to this, three of the previous five head-to-head duels between Mallorca and Getafe have been even at half times, so we would hardly be surprised if that happened again.

Both teams scored in three of the last five h2h matches between Mallorca and Getafe, so we can see the same thing happening in their upcoming game as well.

Furthermore, both teams have scored in whopping 57% of all Mallorca matches in the league so far, although the same thing happened in just 36% of all Getafe games in La Liga this season.

The best odds, stats, and more for Mallorca vs Getafe

If you are looking for the top Mallorca vs Getafe odds, check our selection of odds from different UK betting sites:

Mallorca vs Getafe preview: Can Getafe win two in a row?

After a good start, Mallorca started to struggle and they are now on a six-game winless streak. On the bright side, only two of those six games were losses, while the team drew in the rest of the matches. Overall, Mallorca is sitting in the 14th place in the standings, four points away from the relegation zone. The bigger problem for the team right now is the fact that five of their players are injured and out of the next match.

The team that had an appalling start to the season with seven straight losses has started to get it together lately since they've won two of their last three games in the league. Of course, that's still not enough to get Getafe out of the relegation zone, but now they've come within three points of the first team outside of it. Another positive for the team is the fact that only Jankto is currently injured.

The usual questions for Mallorca vs Getafe 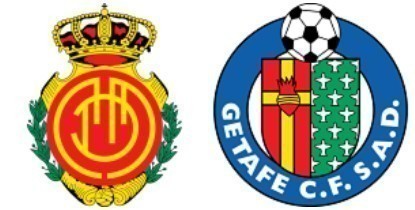