Mali and Uganda will face each other for their last engagement of the Second Round of World Cup Qualifiers on Sunday, 14 November. The host of this match has advanced to the third round while the guests will play only for more points.

Here are our predictions for Mali vs Uganda.

Mali’s front line has done quite well in the recent matches that have produced the goals with an average of two goals per game in the last three games. But the cranes didn’t score more than once in the last three matches and have hit the target only three times in the last five outings. Adding more, the last two H2Hs have ended under 2.5 goals. Both teams have been great in the defence that gives us one more reason to predict the low-scoring total of this match.

Uganda has scored three times with low-scoring outcomes in the last five games but they were unable to score when they hosted their last match against Mali. While on the other end, Les Aigles has scored in four of the last five matches, and on top of that, they didn’t concede a single goal in those attempts. We can see Mali with a clean sheet once again when they host their next match. The visitors of this match have also kept four clean sheets in the last five games. So we can predict a narrow lead of 1-0 for the hosting side.

Mali vs Uganda: Check out the best odds and the latest stats

Match Preview of Mali vs Uganda: Eagles to soar in familiar territory

Les Aigles has a classy run in the W Qualifiers so far and are unbeaten in the group stage yet. With four wins and one draw, Mali has secured the top position of Group E and would be keen for the Third Round to continue their results. They played their last game against Rwanda on the group stage and claimed the win with the lead of 0-3.

After two consecutive wins, Uganda were again held to a draw by Kenya with the help of a last-minute goal in their previous game. They have secured only two wins in the last 12 games but have managed to get on the second position of their group of WC Qualifiers with the help of two wins and three draw results.

Questions About Mali vs Uganda 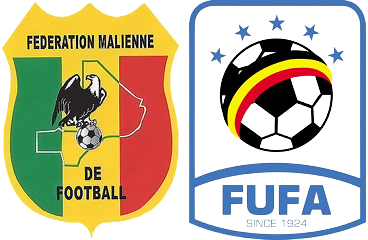