The teams from Group D of World Cup qualifiers face each other at Orlando Stadium on Friday, October 8. The fixture seems more challenging for the host as their rivals are currently in much better form.

Here are our predictions for Malawi vs Ivory Coast.

Ivory Coast has been ruling the matches against Malawi. The flames have not picked up the win against the Elephants so far, but have been able to draw a game in their home stadium. The host has gained some confidence with the win of their last and hopes to discover their winning track against their upcoming rivals. But the recent form of the host has not been enough, that managed to win only one game in the last seven games. So it seems difficult to see Malawi with the lead but we expect a draw at the end of the match.

Only one of the four duels between the teams witnessed over 2.5 goals. On top of that, two teams contributed to only four goals in the last three H2H matches. Malawi and Ivory also have failed to produce huge numbers in the recent matches, scoring only three and seven goals respectively in their last five matches. Based on this, we predict a low-scoring outcome in this match.

Even though there have been three clean sheets in the four H2H matches of these teams, our prediction for this match is a BTTS outcome. Ivory Coast hit the back of the net in every match against Malawi while the Flames have scored only in the home stadium in these matches. Hence, we expect to see the same again in the Orlando Stadium. But looking at the scoring approach of both teams, the result is more likely to be confined to a 1-1 draw.

Malawi vs Ivory Coast: Check out the best odds and the latest stats

Malawi lost their opening game of the 2022 FIFA World Cur qualifying fixture but managed to bounce back with a win over Mozambique while playing at home. Odds are against them to repeat the feat as Meke Mwase worries about his team’s offensive touch that yielded only three goals in the last five matches.

The Elephants stand on the top of the Group D of WC qualifiers after playing two matches. The team won their last game against Cameroon where they managed to get the lead in the first half and held the result to 2-1. On the bright side, Ivory Coast are yet to lose a game from their last eight games.

Questions About Malawi vs Ivory Coast 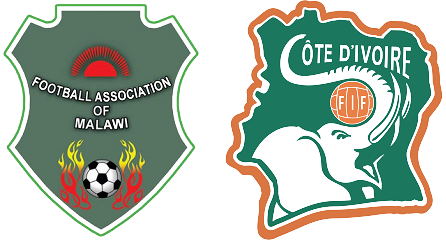