Top free betting tips and odds for Mainz vs Stuttgart

Following three consecutive visits, Mainz hosts their next game of Bundesliga against Stuttgart. Both teams come into this game on the back of a defeat.

Mainz were down to get consecutive defeats in the recent away duels but have managed four victories in the last five home league games. while on the other end, Stuttgart are yet to win from the last three attempts and registered only one win in the previous five games. The Reds are also winless from the last seven away league outings. In addition, the Carnival club won three of the last four H2H duels against Stuttgart. So we pick the host to make a home advantage in their favour.

Regardless of a low total of goals and lack of winning results, the teams managed to get on the scoresheet in most of the recent games. Mainz are scoring from the last four games successively while Stuttgart has been even better by scoring in ten of the previous 11 games, missing the target in the last outing. Adding more, three of the last four H2Hs also ended with BTTS outcomes. So our next pick would be for another BTTS outcome.

Mainz vs Stuttgart: Check out the best odds and the latest stats

Mainz vs Stuttgart: Check out the team lineups

The Carnival Club got a dramatic defeat recently where they couldn’t defend the lead of 0-2 and lost by 3-2 against Koln. Being through recent winless games, Mainz are at the tenth position of the points table, securing 38 points. Two players are having injury issues while Aaron Martin is out of the game due to red card suspension.

The Reds are on the edge of the relegation area with a one-point difference, having only six wins out of 29 attempts to stand at the fifteenth place. Stuttgart lost their first of the last five league outings in the previous game against Dortmund. The manager Pellegrino Matarazzo will report five players on the injury list while Atakan Karazor is on suspension.

Questions About Mainz vs Stuttgart 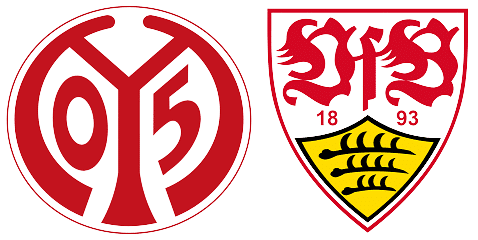 Where is the game being televised? beIN Sport Max (Fra), Sky Bundesliga, and Viaplay (Pol).