The excitement around a 19-year-old centre-back from Saint-Étienne arriving in the Premier League has been building for a number of months, with £30million Arsenal starlet William Saliba set to finally make his Emirates Stadium bow when next season gets underway.

But few people were anticipating that another defender – also a centre-back, 19 years old and from Saint-Étienne – could be joining his former team-mate in England’s top flight this summer.

That scenario is becoming increasingly likely though, with reports emerging that Leicester City are keeping tabs on Wesley Fofana – the latest prospect to emerge from Les Verts’ academy.

Pierre-Emerick Aubameyang, Dimitri Payet and Blaise Matuidi are just some of the names to have played for Saint-Étienne in the past decade, while more recent Premier League arrivals Neal Maupay and Allan Saint-Maximin have also previously represented one of France’s most historic sides.

Saint-Étienne have pedigree when it comes to producing talent then, whether that’s through their academy or by polishing rough diamonds and selling them on to clubs higher up the pecking order.

Fofana falls into the former category and it’s testament to the calibre of his performances that Leicester City will reportedly have to compete with the likes of Milan and RB Leipzig for the teenager’s signature.

The youngster only pulled on a green and white shirt for the first time at the tail end of last season but has since become a regular starter at the Stade Geoffroy-Guichard, making 23 appearances in all competitions in 2019/20.

Claude Puel’s side may be struggling at the foot of Ligue 1 (one place above the drop zone when the season was suspended), but that hasn’t stopped Fofana catching the eye of Leicester scouts after a string of promising performances at the heart of defence.

Primarily a right sided centre-back, the most notable thing about Fofana is his intuitive reading of the game. He has an impressive ability to get in front of his man and intercept the ball, which is primarily thanks to smart positioning and an instinct for predicting the runs of opposition forwards.

The 6ft 2in defender is also a strong tackler and particularly powerful in the air. His 6.62 aerial duels per 90 in Ligue 1 during 2019/20 is inside the division’s top 25 players, but it’s his success rate that really stands out – 72.92% of battles won in the air is the second-best record in France’s top flight.

It’s a requirement for modern-day centre-backs to be able to play out from the back and a pass completion rate 86.8 per cent befits a player who is comfortable with the ball at his feet. That’s not to suggest Fofana is someone who likes to make simple short-range passes though. Quite the opposite in fact; he is often keen to drive the play forward by dribbling out of defence before picking out one of his team-mates in space.

But that situation could soon change, with Bennett unlikely to be signed permanently in the summer and Söyüncü being frequently linked with a move to Manchester City. Morgan is approaching the end of his time at the top level too, meaning a 19-year-old with room to develop could be just the signing that the Foxes need at this stage of their evolution.

One thing is for sure – Brendan Rodgers’ scouting team will have done their homework on Fofana, in keeping with a recruitment strategy that is among the Premier League’s best. From former Leicester star Harry Maguire to Ricardo Pereira, James Maddison and Youri Tielemans, this is a club which hasn't got an awful lot wrong in the transfer market over the past few seasons.

Their former manager Puel would be disappointed to lose another of his young stars so soon after Saliba’s departure, but that’s unlikely to bother anyone at the King Power Stadium if they’re able to secure one of France’s best emerging talents.

All the hype has surrounded Saliba since last summer, but the Foxes may be able to sneak under the radar and recruit his less heralded – though perhaps similarly prodigious – defensive partner.

It could be fascinating to see two defenders, both made in Saint-Étienne, battle for a Champions League spot in the Premier League next season. 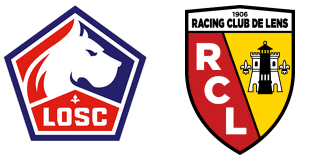 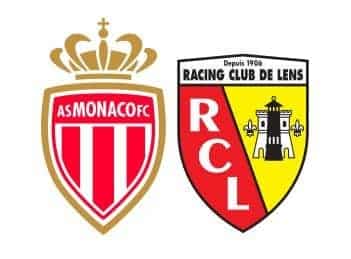