This tie is finely poised after the first leg ended all square. Who will advance? Find out with our Lyon vs West Ham match preview with free tips, predictions and odds mentioned along the way.

First of all, we should mention that West Ham have not done too well on the road lately; they have five wins in their last 13 games, and all those wins were at home. The Hammers have lost all of their last five games away from home; they won just one of their last eight road games, and that win came in extra time. On the other hand, Lyon have no losses in their last five games; they tend to draw a lot of games, as four of those five games ended in draws. It's worth noting that the reverse fixture of this tie ended in a draw; all things considered, we are making the prediction that this match will go into extra time.

Both sides will hit the net

Lyon vs West Ham: Let's look at the predicted lineups

A place in the semi finals is up for grabs here with things level from the first leg. Lyon will fancy their chances of progressing given the home advantage but West Ham have enjoyed a great season to now and won't roll over.

Lyon will head into this match with no losses in their last five games; however, it's fair to point out that they won just one of those games, with four of them ending in draws. Peter Bosz's men will welcome West Ham to the Groupama Stadium on Thursday; they'll hope to advance to the semi final with a win.

West Ham have not exactly enjoyed the best form lately; they are coming off a loss, and have just one win in their last four games. The Hammers will have to go through Lyon in order to get to the semi final; it'll be interesting to see how they'll fare against a Lyon side that's unbeaten in five games.

A quickfire FAQ on Lyon vs West Ham 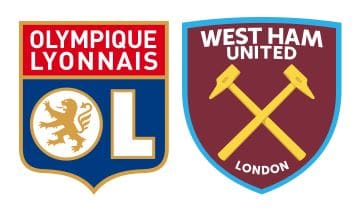