Lyon and Troyes have both lost two games in the last five matches. These teams meet again after four months and the hosts hope they can take all six points from Troyes yet again as they did in the last six Ligue 1 meetings. Find out more about this game in this post.

A dramatic loss to PSG over the weekend left Lyon players with a bitter taste in their mouths. But with Troyes as the next point, Lyon could very well get back to winning ways. Do the visitors have a chance in this game? Our best three picks for Lyon vs Troyes are as follows:

Lyon should easily win this game. Despite both sides losing twice in the last five matches, Lyon is no match for Troyes. The hosts have defeated Troyes a record 13 times in the last 17 meetings and bagged two draws against the visitors. Troyes only boasts three victories over Lyon in those encounters. Moreover, the hosts defeated Troyes in the last seven meetings.

We are also tipping a high scoreline in this game. Lyon scored at least three goals against Troyes in the last three encounters. Two of the last meetings were clean-sheet victories in favour of Lyon and a total of eight goals were scored in those two games.

We don’t think Troyes will be lucky to score against Lyon in this game. Troyes has only one victory in six games while Lyon has two Ligue 1 victories so far. We expect Lyon to dominate this game and score at least three goals against Troyes on matchday.

The Best Match Odds, Team History and the Latest Stats for Lyon vs Troyes

Olympique Lyon won all the last seven meetings with Troyes and hope for the eighth consecutive victory. Lyon has 1W and 2D in three home fixtures so far. The last meeting between these teams was at home to Lyon, a fixture the hosts won 3-0. Moreover, Lyon won the last two meetings with Troyes with a clean sheet, scoring a total of 8 goals in the two matches. Troyes travels to Lyon with 1W, 1D and 1L in three away fixtures so far. The visitors are wary of a poor scoring record away from home, having found the net three times. 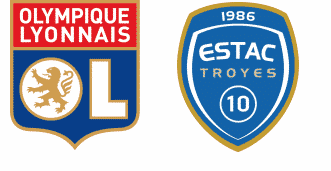 When did these teams meet last?

How has Lyon performed at home so far this season?

Lyon has bagged 1W and 2D at home so far.

How has Troyes performed away from home?

The visitors have bagged 1W, 1D and 1L on the road in three away games.