Sixth-placed Lyon locks horns with fifth-placed Lorient lock horns on 25th September 2021. We preview this match in this post. We also have top free betting predictions for the big game in this post.

The Best Predictions for Lyon vs Lorient by Football Whispers

Both Lyon and Lorient have bagged three victories this season after seven matches. Lorient is only a point above Lyon and this fixture could change the positions of these tables on the League table. Here are our best three predictions for this game:

We are tipping goal-goal in the Lyon vs Lorient fixture. Both teams are enjoying a fairly good run since the start of a new season, scoring 8 and 12 goals respectively. Moreover, in four of the last five meetings, both sides found the net.

This fixture promises a tough duel between teams that have had only one draw in the last five meetings. While Lorient hasn’t scored as much as the visitors in seven games, the hosts have a defence that has leaked seven goals compared to Lyon's defence that has let in 11 goals in as many games. A tough duel in the first half should end with a draw at the break in this fixture.

Stats, Handpicked Odds and H2H for Lyon vs Lorient

Lorient comes to this match with the hope of extending an unbeaten run to five matches. The visitors have WDWD in the last four matches, a record that came on the back of 3-1 defeat away in Montpellier on 22nd August. While both sides have recorded three wins since the start of a new season, H2H stats show that a fixture between Lyon and Lorient is always a tough one. In the last 18 meetings, there were 6D, 1W for Lyon and 5W for Lorient. The hosts have 2W and 2D after four home matches this season and hope to better the record when they host Lorient on Saturday. Lorient is yet to win away from home after recording 3D and 1L so far. Winning in Lyon is unlikely but Lorient should put in a shift to fight for points in this game on matchday. 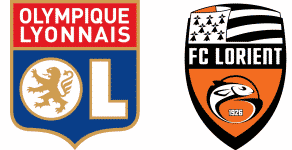 Lyon will host Lorient at the Groupama Stadium.

Who will be the on-field match official?

Bastien Dechey will referee this game.