Lyon and Angers have been unpredictable recently. While Lyon looks safe in 10th position, Angers are only five points away from relegation and must do all it takes to gather as many survival points in the remaining nine games. Read this preview to find out how we expect these teams to perform on matchday.

Lyon suffered a 3-0 humiliation in the reverse meeting, a result that was largely aggravated by losing forward, Maxwell Cornent to a red card five minutes after the hour mark. But with full squad available for this second leg encounter, the Ligue 1 giants look to turn the tables against struggling Angers. Here are the best free two predictions we have for this Ligue 1 duel.

We anticipate home victory by half-time in this match. Despite Lyon’s current struggles with scoring goals, Angers should be an easy opponent and scoring early in the first half then extending the lead to full-time is a probable outcome for the hosts. They have only lost twice to Angers in 12 meetings, bagged two draws and eight wins in those duels. And despite losing the reverse game, Lyon defeated Angers in five of the last six top flight duels.

While we expect Lyon to get their revenge after losing the reverse game, it will come at a price. The hosts haven’t been very good in finishing and should struggle to score against Angers that has been mostly defensive. Angers may have been defeated in seven consecutive matches before a 1-0 win over Brest the last time out but the visitors have steadily improved in defending. Lyon’s goal scoring record in the last has been inconsistent and playing against Angers, a team that will fight for relegation survival points will not be an easy game.

Place your bet on the highest odds across selected UK bookmakers below.

Several players on both ends are expected to miss this Ligue 1 duel between Lyon and Angers. On the Lyon’s side, Boateng, Pintor, Caqueret, Cherki, Favre and Diomande are sidelines with injuries. These are some of the most important players for Lyon and their absence in this game will be a big blow to the hosts, especially defensively.

On the other hand, Angers will miss the services of Ounahi, Fulgini, Cabot and Thomas. Moreover, looking at the last five matchups between these teams, Lyon bagged four wines and lost once. A notable stat in this matchup is that a red card was issued in six out of the last 11 games. The fact that Angers is fighting to remain in the top flight will be a catalyst for drama in this duel, so expect a lot of tension in this game on Sunday. 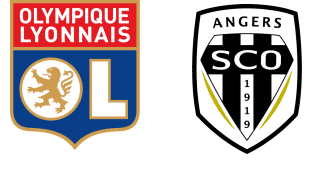 Which stadium will host the game?

When is this match set to take place?

Lyon vs Angers will be played on Sunday, 3rd April 2022