The Championship action this weekend witnesses two teams struggling to convert draws into wins. Luton Town are at home against Swansea City this weekend.

Luton Town managed to grab a late equaliser against Bristol City as the team came out with a 1-1 draw. This was the third successive draw for Luton. Swansea, meanwhile, have drawn back-to-back games in the EFL Championship following a goalless draw against Millwall.

Swansea and Luton are very evenly matched coming into the game. Luton were able to pick up a deserved a point against Bristol, but the team would be disappointed not to make most of their advantage count in this game until the last moment. Meanwhile, Swansea remain very inefficient in front of goal and the team has required a ton of chances to break their scoring duck of late.

The match will witness two teams who have been quite good at creating chances, but they have been very poor at converting those chances into goals. Against Bristol, Luton had 19 shots on goal while Swansea came up with 12 shots on goal in their game against Millwall. Yet, both teams failed to score in this encounter.

The push for a first win in a couple of matches will provide Swansea and Luton with some breathing space. The campaign has been progressing at breakneck speed but Luton and Swansea are in danger of being cut off due to a mediocre scoring form.

Luton have slipped down to 13th place in the table following the draw with Bristol City. This is the fourth consecutive match day in which the team has not been able to get a victory. As a result, it has cost them a chance back into the top half. For this game, Luton boss Nathan Jones does not have any injury problems.

Russell Martin watched his Swansea team waste a ton of efforts against Millwall. Now, the Welsh outfit have the difficult chance of trying to convert an away game into three points. Last season, Swansea were not so successful on this front. For this match, Martin will be without Korey Smith, Tivonge Rushesha, and Rhys Williams Due to injuries.

Top Betting Odds and Stats for Luton vs Swansea

Questions about Luton vs Swansea Game 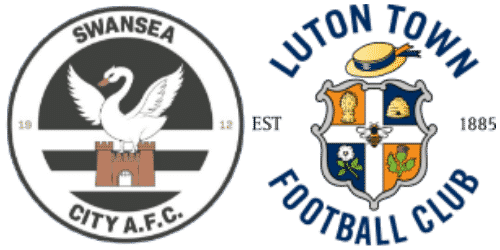 Where is the match scheduled? Kenilworth Road

Which team is the favourite to win? Luton Town