Let's go through the top Luton vs Rotherham predictions and wagering tips for the upcoming fixture on Tuesday. If you want to see more Championship odds, you can check out our website's articles.

The Championship betting experts reviewed all statistics and came up with the following betting tips and predictions for the Luton vs Rotherham fixture.

Our recommended bookmaker for this match is Ladbrokes. Please keep in mind that you will have to double-check all odds before you place any of the wagers above. Odds change constantly, so make sure you are up to date with the latest ones.

Luton won or drew their last five Championship fixtures and only lost 30% of the last ten games they played. Rotherham is most likely going to get relegated, but they still have a chance because they are only three points behind Derby. The Millers won or drew only 30% of their last ten matches and they lose two of the last head-to-head matches against the Hatters.

Head-to-Head Statistics and Data for Luton vs Rotherham

In the table below, you can check out Luton and Rotherham statistics and match history. That way, you can be up to date with their recent form.

Preview, News, and Reports for the Luton vs Rotherham Match

Luton will most likely win in the fixture against Rotherham, who are on the brink of relegation. They have three injured players and have been without them for a while, so it won't be a problem for them. Rotherham's injury report looks better because they only have two injured players – goalkeeper Viktor Johansson and defender Clark Robertson.

Luton only lost three of their last ten home games and Rotherham lost three out of their last five away games. We believe that is important because Luton will be hosting and they seem to be comfortable at home, which gives them even more chances to win. 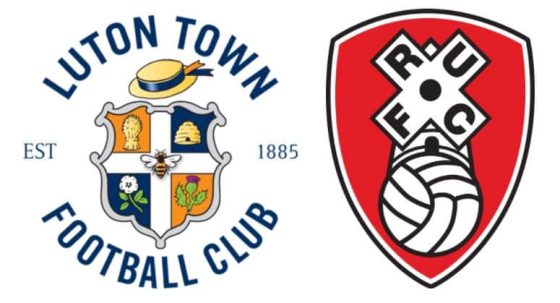