Luton vs QPR: Check out our betting tips

Just one point and one place separates these teams in their hunt for the playoffs meaning this game could be mammoth. Will either find a way to win it? Find out with our Luton vs QPR match preview with free tips, predictions and odds mentioned along the way.

Luton to take the win

With so little between the sides at this stage of the season it's hard to imagine this game being one sided but we are confident in making the prediction that it will be Luton who run out victors. The Hatters have won three of their last five games and, even then, one of those losses came in a very good display against Chelsea in the FA Cup. QPR meanwhile are seemingly on ‘mission implode' at the moment. Their form has been poor of late with just one win and three defeats in their last five outings. QPR do have a good head to head record against Luton but these runs won't last forever.

Someone will fail to find the net

Our second prediction for this game is that someone will fail to score. Luton have seen three of their last five home matches end with a ‘nil' in the result whilst QPR have been somewhat lacking in the goal department when playing away from of in recent times; in their last four away games QPR have not scored.

Here are the key stats & form guide for Luton vs QPR

The race for the playoffs nearly always goes down to the wire but, whilst we are only in March, games don't come much bigger than this one. QPR are seventh in the league right now and just one point behind sixth placed Luton. This match will unquestionably have a big say in what happens over the next few weeks.

Luton have taken nine points from their last 12 available and that's seen them get into the playoff positions. That could change here with defeat but the rewards of a win could be enormous.

There has been periods throughout this season where QPR were muted as a potential top two contender. That, however, has not worked out with the club now outside of the playoff positions. They'll know full well that a win here will put the control back in their hands though. 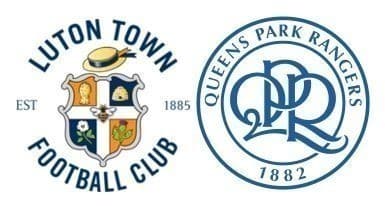