Luton vs Preston: Check out our betting tips

Luton currently sit seventh in the Championship table but they'll want to jump up at least one more spot before the end of the season. Can they keep moving in a positive direction here? Find out with our Luton vs Preston match preview with free tips, predictions and odds mentioned along the way.

A game to end all square

Luton have only won two of their last five games but their home record is very good with six wins and two draws in their last 10. We are making the prediction that they'll be drawing again as they host a Preston side that are unbeaten in six games on the road having won three and drawn three. More broadly though, Preston have seen three of their last four matches end in draws; that's largely the story of Preston's season though. They've drawn 15 games this season, which is more than anyone else in the Championship. Further evidence for the draw prediction can be found in the head to head record; in the last five both teams have won two with the other match drawn.

We've already touched on the fact that both of these teams are showing reasonable form in their respective home and away records and, as such, we fancy them both to find the net in this game. Luton have seen three of their last four games end with both teams scoring whilst Preston have had three of their last five end in a similar fashion. With those stats and the general decent form of the sides considered we see no reason why both teams won't notch.

Here are the key stats & form guide for Luton vs Preston

Luton and Preston have both had periods this season where they have flirted with the playoffs. Now though, it looks like it is only the Hatters who could end up in the end of season lottery. Can Preston deal a blow to their hosts' top six hopes?

Luton remain firmly in the hunt for a top six finish this season, which would be punching well above their weight, but three losses in their last five is nothing like playoff form. Their last couple of home games – one against Chelsea in the cup – have ended in defeat but, in general, they've been good on their own patch. They'll hope for more of the same here.

If anything showcases what a tough league the Championship is it is Preston. For periods this season they've threatened to join the playoff chase but now they're in the bottom half of the table. They're not a million miles away from being a very good team with just nine losses this season, which is fewer than three sides currently in the top six. Can they find a way to win this one? 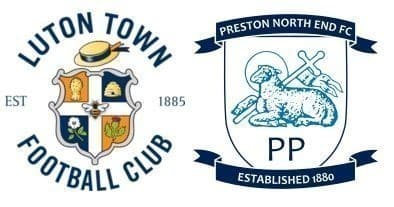