Luton kick-off the 2021/22 Championship campaign at home to newly-promoted Peterborough and will be looking to set a marker with a comfortable victory. Remaining in the second tier will be Peterborough's ultimate goal this season and they will have to win most of their home games and pick up points now and again on their travels in order to do so.

The last time Luton played host to Peterborough, in 2019, they ran out convincing 4-0 winners. We're backing the hosts to secure another 3pts on Saturday and expect the game to be very entertaining. Luton won four of their five pre-season friendlies and look well prepared for the campaign ahead, while Peterborough lost their last two warm-up games against King's Lynn and Portsmouth.

We're predicting goals at both ends of the pitch on Saturday, as has been the case in two of the duo's last three encounters. Both teams have also scored in each of Luton's last two fixtures and Peterborough have scored in three of their last five away trips, so you can see just why we're backing goals this weekend.

When these two sides clash the goals usually follow and we're backing over 2.5 goals to be scored on Saturday. Four of the last six meetings between these two clubs in all competitions have produced at least three goals, while five of Luton's last six outings have also featured over 2.5 goals. Two of Peterborough's last five away trips have seen more than three goals scored.

Everything you need to know about Luton vs Peterborough

Can Peterborough upset the odds on the opening weekend?

Luton head into their first game of the season as the favourites against newly-promoted Peterborough. Pre-season has gone well for the Hatters, producing four wins and a draw, so you can see why the home side are the clear favourites to win this weekend with all the bookmakers. Luton don't have any fresh injury concerns or suspended players heading into the first game of the season but will have to be wary of the surprise element that Peterborough carry.

Peterborough did very well to earn promotion back into the Championship but the task now is to establish themselves in the second tier which is going to take time and patience. Any kind of point this weekend will be seen as a positive result for the visitors, who go to Kenilworth Road without any new injuries or players out through suspension.

Luton vs Peterborough – Your Questions 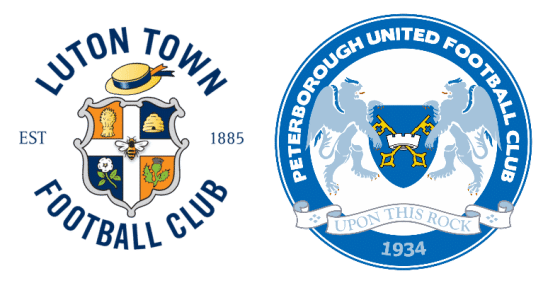