Luton are third and Millwall sit in 10th spot in the Championship standings and both have a chance of making the top six albeit the Lions have much more work to do to make the cut. Can they grab a big three points here? Find out with our Luton vs Millwall match preview with free tips, predictions and odds mentioned along the way.

Millwall will not lose

Luton sitting in third place at this stage of the season is a real eyebrow raiser for a lot of people but it's tight at the top of the table and it's completely possible they miss out on the playoffs. They're in good form but we don't see them taking three points this time round. That's because Millwall are in pretty hot form themselves with just two defeats in their last 10; they've won six games in that period as well. Given Luton's position in the table, they might not press too hard for a winner if the game is tight and the head to head record is far from dominated by the Hatters with Luton winning just one of the last five clashes between the two teams.

Calling it under 2.5 goals

Here are the key stats & form guide for Luton vs Millwall

Luton vs Millwall: Let's look at the predicted lineups

If you ever need to understand why the Championship is a) so popular and b) so bonkers then Luton vs Millwall is a great example. The hosts sit third with Millwall 10th but with just eight games remaining there is just six points between the pair. With that in mind, both of these could make the playoffs – or both could miss out.

Luton have not just been one of the best teams across the course of this Championship season but they are also one of the most in-form sides right now as well; that means they are looking good to book their place in the playoffs but they'll want to avoid defeat here.

We've already mentioned that Luton are one of the form teams but Millwall are only one point further back across a 10 game view. It's that run that has seen them climb from nowhere to being in with an outside shot of the playoffs. With traffic ahead of them though, winning games like this might be their only way of making it.

A quickfire FAQ on Luton vs Millwall 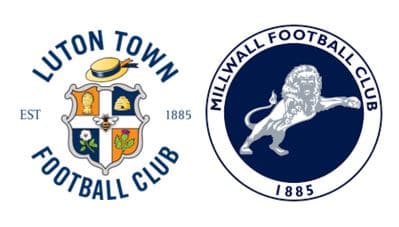