This playoff tie is still firmly in the balance after Friday's 1-1 draw. Who will make it to the Wembley showpiece? Find out with our Huddersfield vs Luton match preview with free tips, predictions and odds mentioned along the way.

Terriers to win it

With the tie still firmly in the balance after an even first leg, Huddersfield will be confident of making it through to the final with home advantage in the second leg. The Terriers have gone a decent home record with three wins and a draw from their last four games at the John Smith's Stadium. Luton meanwhile ended the season in patchy form away from Kenilworth Road; their last away outing was a 7-0 battering at the hands of Fulham whilst they lost at Huddersfield just a month ago as well.

The first leg ended south of the 2.5 goal mark and we think the second leg will end that way too. Huddersfield have gone under 2.5 goals in three of their last five matches whilst Luton have only gone north of the 2.5 mark in one of their past five matches. On top of that, Friday's 1-1 draw means it's now nine of the last 10 head to head games that have failed to hit the magic three goal marker.

Here are the key stats & form guide for Huddersfield vs Luton

Huddersfield vs Luton: Let's look at the predicted lineups

Come 10pm on Monday evening one of these teams will be razor focussed on the Wembley playoff final whilst the other will be hiding inside themselves of missed opportunities. A shot at the big time might never come around again. Who will make it count?

Huddersfield's season has been very good but it now all hinges on what could be one or two games. In all honesty, a draw in the first leg is probably a result the Terriers would have taken. They now have 90 – or 120 – minutes in front of their own fans to get the job done. If they can avoid any silly mistakes, they should get the job done.

Luton have punched above their weight all season long but they'll need to spring another surprise here if they are to make it to the playoff final. From the outside, their best chance of doing so hinged on them winning the home game. That said, they're no pushovers and are very much in this tie. Will they be able to find a way to make it through?

A quickfire FAQ on Huddersfield vs Luton 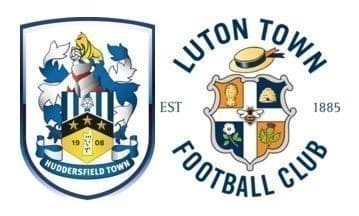