Barnsley remain in an awful position in the Championship table with relegation looking almost certain. Can they grab three points here to show they still have the fight to stay up? Find out with our Luton vs Barnsley match preview with free tips, predictions and odds mentioned along the way.

Yeah, we kick off our betting picks by backing Luton to win; we just can't see another outcome. Luton have lost just one of their last 10 in all competitions whilst winning an impressive seven of those games. Compare that to Barnsley's last 10 that reads as three draws and seven losses and things look bleak for the Tykes. It gets even worse when you factor in Luton's home advantage and highlight the fact that each of Barnsley's last five have ended in defeat. Oh, and Luton have already beaten them once this season.

Next up we back Barnsley to fail to score in this match. The basement club have failed to score in each of their last four games and have by far the least potent attack in the league; they've played 28 games and scored just 17. Luton meanwhile have one of the best defensive records outside of the top six and with clean sheets in each of their last three games they'll be confident of keeping Barnsley at bay. Two of the last three head to head meetings have seen Barnsley blank as well.

Check out the key stats & form for Luton vs Barnsley

If you were picking a side to struggle in the Championship this season you would have probably fancied Luton to have a harder time of it compared to Barnsley. It's not played out that way with Barnsley looking doomed whilst Luton could still make a late charge for the play offs.

Luton are only three points off sixth place and could end Tuesday in the playoffs if they win this game; that's a big incentive not to be complacent.

Barnsley find themselves bottom of the league and eight points from safety. Their form suggests a turnaround is impossible but winning a couple of games can quickly change that. Beating Luton isn't impossible but can they do it?

A brief FAQ ahead of Luton vs Barnsley 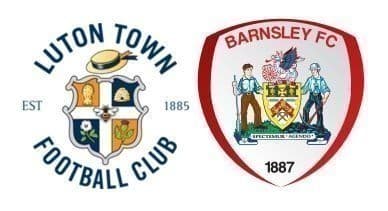