Luton nor Wigan are exactly drowning in wins right now. Will either find a way to grab one here? Find out with our Luton Town vs Wigan match preview with free tips, predictions and odds mentioned along the way.

Wigan's return to the Championship has not gone smoothly so far; they've won just one of seven matches across all competitions, with four draws and two losses. As a result of their slow start to the season, the Latics find themselves in 18th place on the Championship table; they've accumulated a total of seven points from a possible 18. On the other hand, Luton Town are just beginning to find their footing; they had no wins in their first five matches in all competitions, but have won two of three games played since then. Looking at the form of both teams, coupled with the fact that Luton Town have the added advantage of playing at home, we believe that Luton will take all the spoils here.

Wigan Athletic have been one of the lowest scoring sides in the Championship this season; they've scored just five goals in six games so far, only two teams have scored fewer goals. Because of their low-scoring nature, Wigan's games usually don't feature plenty of goals; in fact, six of Wigan's last seven matches saw less than three goals scored. Likewise, Luton Town have not been a high-scoring side, as they registered six goals in seven league games; four of their last five games went below the 2.5 goal mark. With that in mind, this will likely be a low-scoring affair.

Wigan weren't expected to set the world alight in the Championship but with just one win from half a dozen games so far it could turn into a very long season. A trip to Luton should be seen as one where they could get a result but the Hatters aren't exactly flying either and could do with a morale boosting win. Will both go all out for maximum points here?

Fred Onyedinma returned from a muscle injury last week, and scored in Luton's win at Cardiff; Nathan Jones still has a couple of absentees ahead of this match; this includes Alfie Doughty, Pelly Mpanzu and Harry Cornick.

Wigan welcomed two of their players back to the fold in the last seven days; as Curtis Tilt and Ben Amos recovered from hamstring and Achilles injuries respectively. Gwion Edwards remains sidelined with a leg injury, while Jordan Cousins will also not be available for selection.

A quickfire FAQ on Luton Town vs Wigan 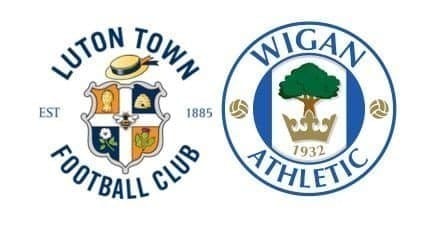