Both of these sides are winless from their first two games of league football this season with the duo drawing both of their opening two games. Will that change here? Find out with our Luton Town vs Preston North End match preview with free tips, predictions and odds mentioned along the way.

Preston will not lose this game

Luton Town have been a difficult team to beat; yes, they are coming off a loss but that was the Hatters' first loss in eight games. It's important to note that Luton Town have drawn three of their last four games, including both league games so far. Preston, on the other hand, are coming off a win; they have a win and two draws in three games this season. Like Luton Town, Preston drew both of their league games this season. All things considered, we believe that both teams will share the spoils here; considering the odds however, we would like to cover Preston North End as well.

Luton Town have not had too much trouble finding the net; they scored in seven of their last eight games, with 13 goals scored in that stretch. Conversely, Nathan Jones's men have conceded their fair share of goals; they've allowed exactly one goal per game in their last seven matches. In like manner, Preston North End have been consistent in goal scoring terms; they found the net in nine of their last 11 matches. Considering both teams scored in five of Luton's last seven games, we should expect goals at both ends.

Can either side grab a first league win of the season?

It would be fair to say that Luton Town vs Preston North End isn't exactly the glamour tie of the second tier of English football this weekend. That said, whilst wins are yet to come at this early stage of the campaign, both will harbour targets of mixing it up with the top six. With that the likely target, it's imperative they start winning games.

Luton Town are coming off a disappointing 3:2 loss at the hands of League Two side Newport County; prior to that loss, they were unbeaten in seven consecutive matches in all competitions. Conversely, Luton Town have no wins in their last four games, having drawn three of those games; they'll hope to take all three points as they take on Preston.

Preston got their first win of the season in a comfortable 4:1 win at Huddersfield; they have no losses in three games so far this season, with a win and a draw. Ryan Lowe's men will take a trip to Kenilworth Road for their third league game; will they be able to extend their unbeaten run to four games?

A quickfire FAQ on Luton Town vs Preston North End 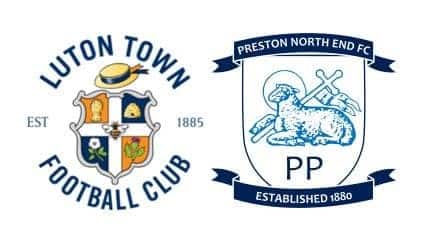