Romelu Lukaku has been perpetually linked with a return to Chelsea for a number of summers now. The Belgian hit-man looks set to leave Everton this time around with Stamford Bridge his likely destination.

The former Chelsea striker was set to sign a new deal at Goodison Park before a dramatic u-turn made it seem as though he'd be departing Merseyside this summer.

Premier League champions Chelsea are reportedly in the market for a striker with Diego Costa tipped to be on his way to China. That, coupled with the fact Antonio Conte isn't completely sold on Michy Batshuayi, means the Blues are in need of a new starting striker.

The Independent believes Lukaku wants a return to the club he was never afforded a real chance at.

Is Lukaku the best bet or should long-term target Alvaro Morata take centre-stage? We used Football Manager 2017 to find out. The 24-year-old Belgian returned to London and we simulated two seasons to see how he got on. 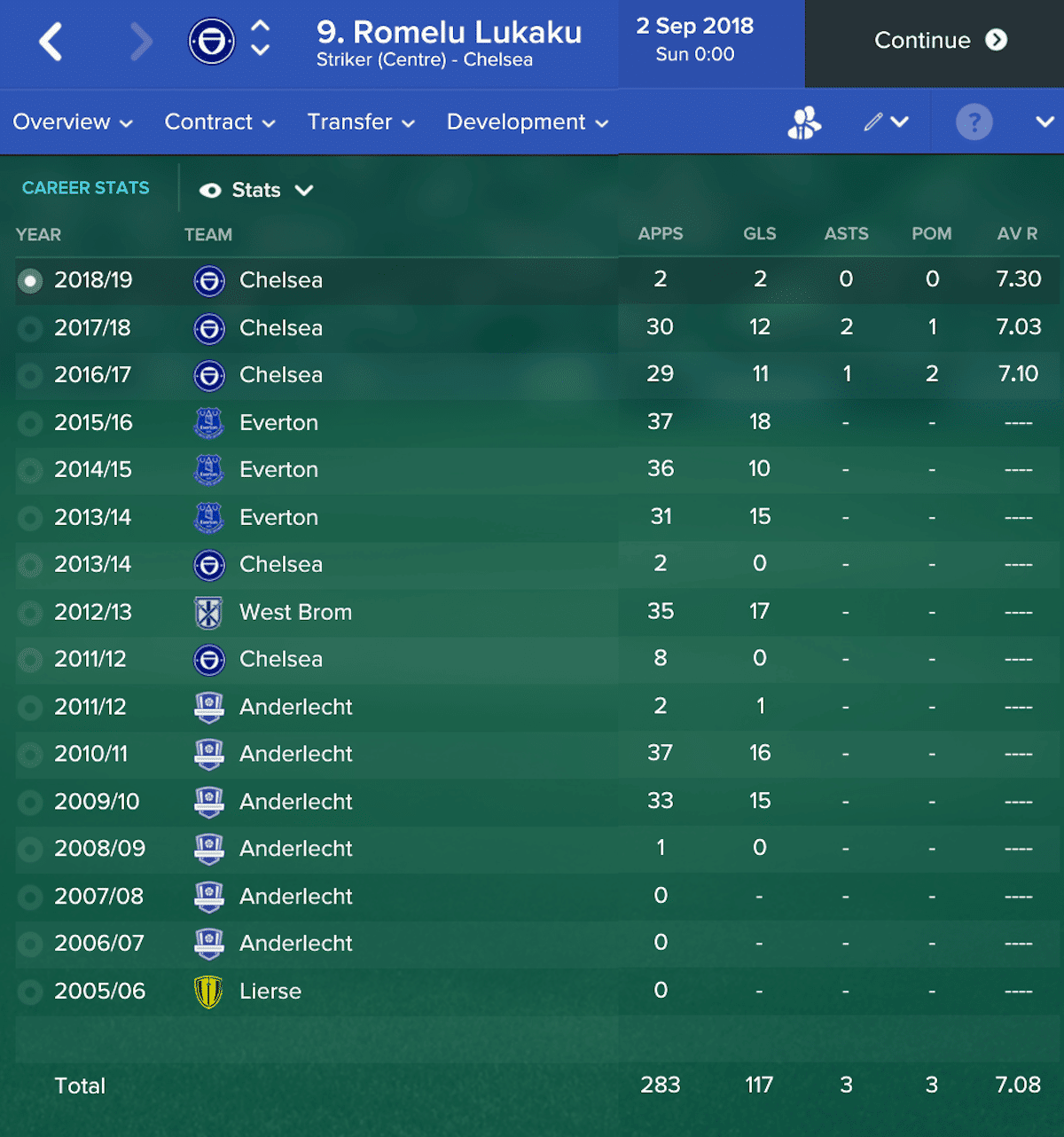 Lukaku arrived and immediately displaced Costa. Chelsea lined up in a 3-4-2-1 sort of shape with the two behind the striker playing in attacking midfield roles as opposed to wide forwards. Lukaku was the main man leading the lined.

In the Premier League he played the majority of the matches but failed to replicate the destructive form he showed at West Bromwich Albion and Everton.

He scored just the 23 goals in two seasons – for context he scored 25 in the Premier League for Everton during the 2016/17 season – and assisted just the three goals.

Not exactly the return many had expected.

A third place finish for Antonio Conte in his debut campaign in England isn't the worst. But to finish 15 points behind champions Arsenal should be a cause for concern.

However, looking at the positives the team did concede fewer than a goal a game while averaging just over two goals a game, and they did finish comfortably inside the top four.

Depending on what's more important to you will impact your view on Conte's second season. They finished with a point more than 2016/17 and just four points behind the champions, but found themselves in fourth position. They conceded fewer goals but didn't score as many either.

Is it progression or did they go backwards?

They did win the EFL and FA Cup double but failed to get back the quarter-finals of the Champions League.

True to form, Chelsea loaned out youngsters and looked to reinforce their defence. Stefan de Vrij arrived in a deal which could eventually cost the club £46million and he was the only arrival other than Lukaku. 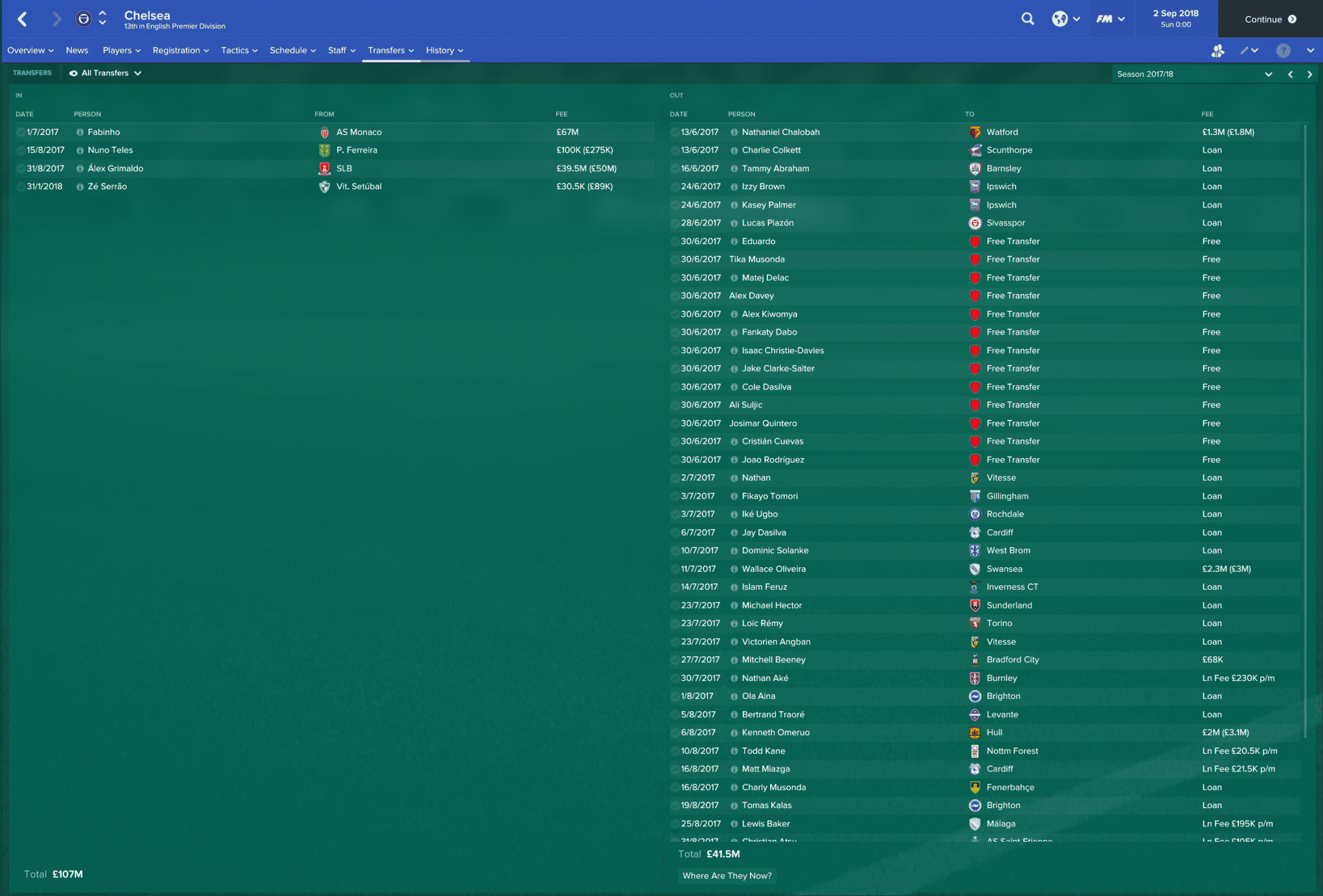 Over £100million spent in the summer of 2017 as Chelsea looked to strengthen with the arrivals of Fabinho and Alex Grimaldo. That's a serious outlay for two wing-backs but Conte had money to burn and he wasn't too fussed about the interest he'd make keeping it in the bank. 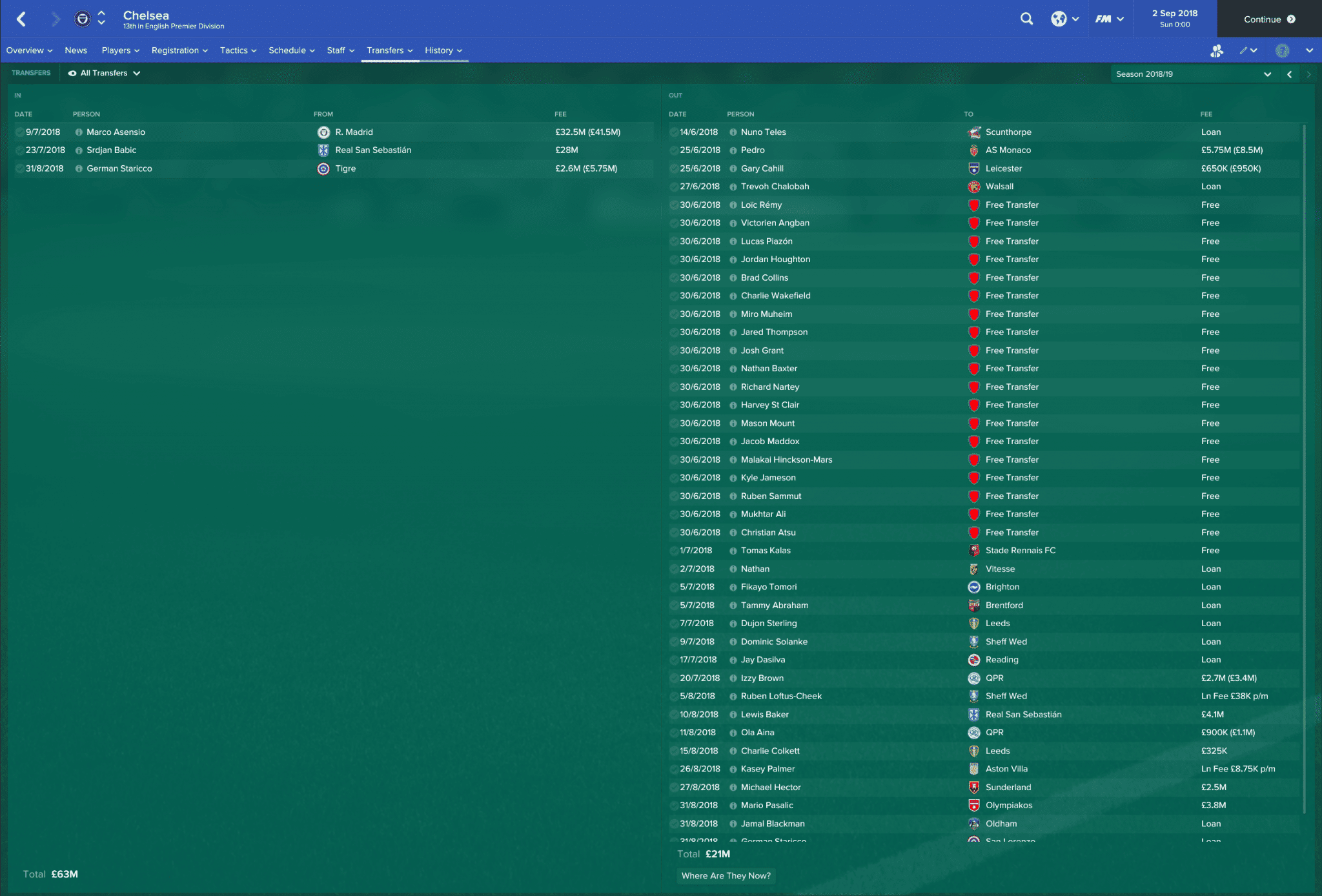 Chelsea spent a further £60million after finishing fourth in the Premier League. It was a raid on Spain with Marco Asensio arriving from Real Madrid and Srđan Babić swapping Real Sociedad for Chelsea.

It's a squad which should be challenging for the title and most fans would love to see it in reality. Asensio and Eden Hazard behind Lukaku could be quite entertaining. Cesc Fàbregas and N'Golo Kanté struck up a fine balance in the centre of midfield and the wing-backs are some of the best in the business. 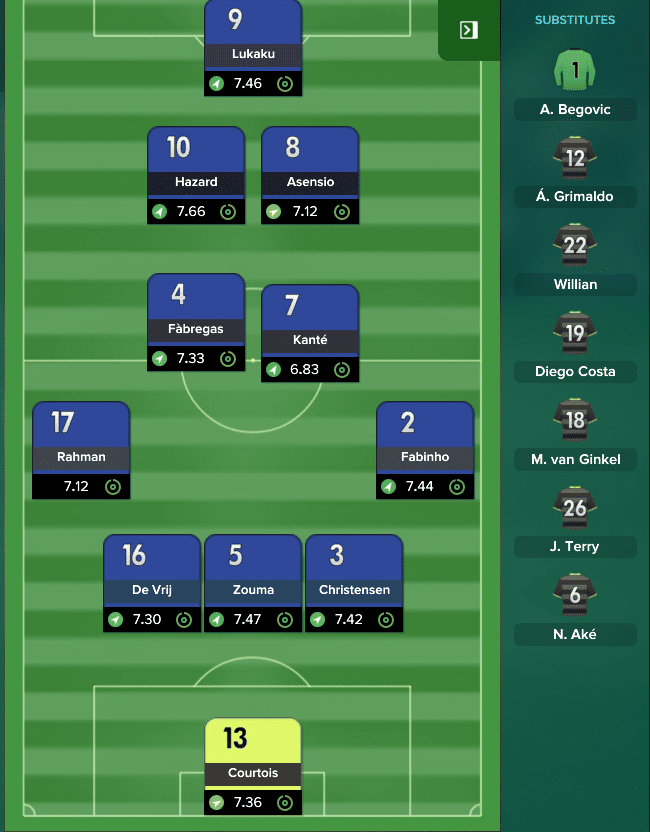 The 2018/19 season could well be Lukaku's season, with the striker finding the back of the net five times in the three starts and two substitute appearances. It's his relationship with Hazard which could be key to Conte winning his first Premier League title.

The Belgian maestro has been a revelation in an attacking midfield role. His form during the 2016/17 season put him on par with some of the best in the world. He hit double figures in both goals and assists as he went on to assist a teammate 21 times.

He couldn't repeat it the following season but he still managed to be involved in 22 goals. Much like real life, it appears as though he's the main man at Stamford Bridge.

Did Lukaku's virtual time in London justify the reported £80million price tag Everton have slapped on him in real life? Should be top the list of transfer targets for Chelsea? Give us your thoughts.