It isn’t always mentioned in conversations of major South American football talent hotbeds, but Salto has produced two of the most prodigiously gifted Uruguayan strikers the country has ever seen. Luis Suarez and Edinson Cavani grew up just, quite astonishingly, within six blocks of each other in Uruguay’s second most populous city and were born just 21 days apart.

Salto isn’t a shimmering metropolis that produces world class footballers year after year. A dusty northern outpost steeped in relaxed, 19th century architecture, it holds an admirable place in modern football for delivering a pair of the world’s finest strikers back in 1987. Indeed, when it came to Uruguay’s crucial World Cup group game with England in Sao Paulo, Salto looked on as Suarez and Cavani carried the hopes of the second-smallest country in the continent on their shoulders.

They lined up in Uruguay’s distinctive blue, hoping to progress to the knock-out phase of the World Cup for the second successive time, after the memorable run to the semi-finals in 2010. However, for Suarez and Cavani, who both play with courage and spirit that illustrates an undying ungratefulness for how their life has turned out, it all started in such humble, bleak surroundings. They may ply their trade on the pristine surfaces of the Parc de Princes and Camp Nou nowadays, but Cavani started his footballing journey at Nacional’s Estadio Atahualpa, a ramshackle stadium, while Suarez first honed his extraordinary technical skills at a Salto recreation centre. Their rise to the summit of the world game has been nothing short of outstanding.

Cavani, who became affectionately known as El Matador in his early years at Palermo, has established himself as one of the most devastating strikers in Europe, his stature indicated by his astronomical £60 million price when he moved from Napoli to Paris-Saint Germain. Cavani, often linked with a move to the Premier League, first caught the attentions of major scouting networks with a blistering, goal-laden display at the 2007 South American Youth Championship. Palermo won the race to sign the exhilarating talent, but it was far from serene for the striker following his arrival.

Despite the occasional flash of brilliance, Cavani struggled, and thus found himself fighting for a first-team place behind Fabrizio Miccoli and Amauri. However, when the latter departed for Juventus, Cavani seized the opportunity to cement his place under the Rosanero boss Walter Zenga. Forming a productive attacking axis with Miccoli, Cavani impressed greatly, netting 14 goals as Palermo finished 5th in Serie A. It wasn’t long before Cavani occupied the sharp end of a ridiculously impressive three-pronged Napoli attack, making the switch seamlessly as he slotted in alongside Marek Hamsik and Ezequiel Lavezzi. Cavani spent three years at the Stadio San Paolo, during which he emerged as a striker of model professionalism and remarkable consistency. His record with the Partenopei reads 104 goals in 138 games, making a move to a club like PSG fairly inevitable. 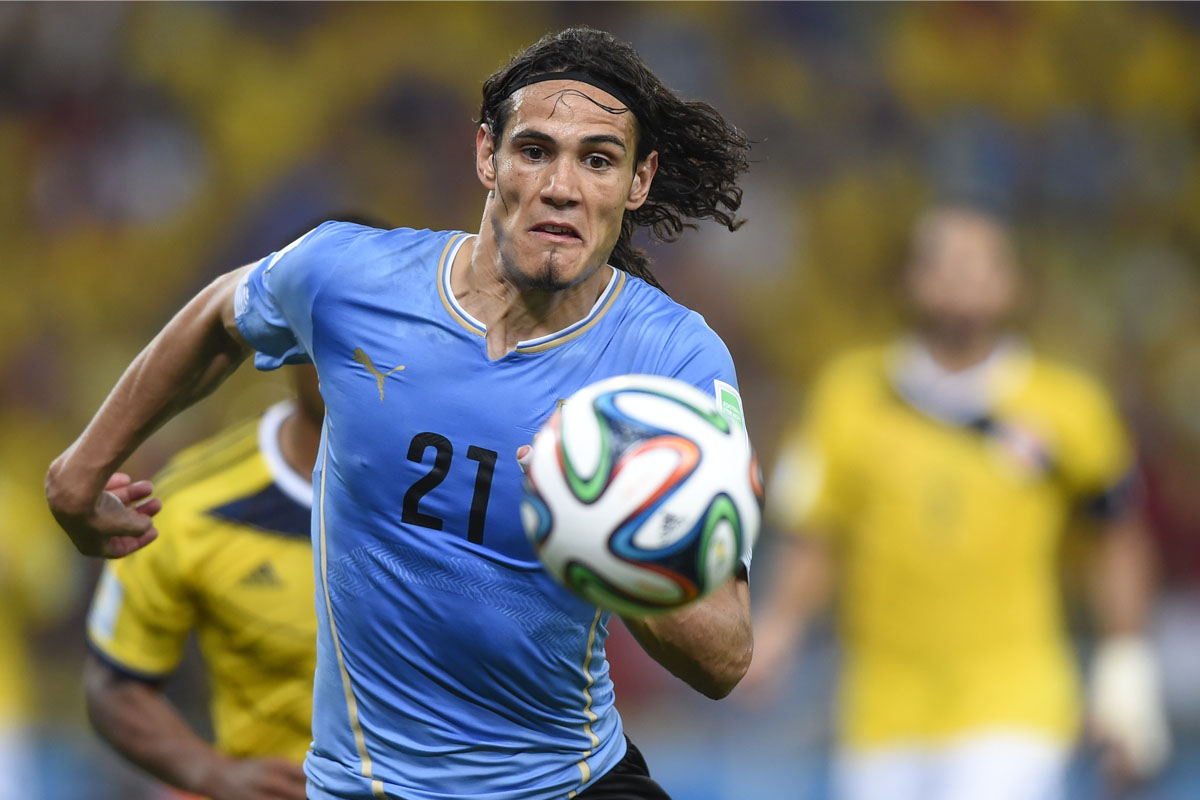 His compatriot, on the other hand, dazzled and frustrated first in the Eredivisie with Ajax as he forged an early career gleaming with stunning displays of skill and goalscoring, but also littered with ill-discipline. His brushes with controversy couldn’t mask a unique talent and an insatiable appetite for goals, though, and it wasn’t long before the sometimes pantomime villain was arriving at Anfield, charged with the task of maintaining the legacy of Fernando Torres in romancing the Kop. During his three years at Liverpool, Suarez was the unplayable focal point of an exciting Brendan Rodgers-coached Reds side, propelling the club to within touching distance of their first-ever Premier League. As it were, Suarez’s ambition and thirst for silverware, coupled with a perception that the English media was making him out to be a villain, meant he set his sights on one of the biggest clubs of all; Barcelona.

While it’s fair to say Suarez has enjoyed a better trajectory at a heavyweight club compared to his compatriot, both players act as shining symbols of their hometown; the sensational sons of Salto. Suarez isn’t as connected to his birthplace quite like Cavani. While the PSG striker still has plenty of friends there and visits frequently, Suarez rarely returns. However, he’s shaped his own destiny since leaving Uruguay and Salto remains proud of one of their most famous footballing faces, his 25 goals helping Barcelona to a glorious treble under Luis Enrique in his first season with the club. Cavani’s career, meanwhile, hangs in the balance after Laurent Blanc stated the striker was free to leave the club. During Cavani’s time in the French capital, he’s often been seen as the inferior partner of Zlatan Ibrahimovic, despite maintaining a strong scoring record. You could argue that moving to PSG wasn’t the wisest career move, especially when looking at the career Suarez has fashioned for himself, but Cavani’s lionhearted attitude can only mean we’ll see him back to his best before long.

Cavani and Suarez have followed in the footsteps of fellow Salto sons like Jose Leandro Andrade, South America’s first black superstar  and icon of the 1930 World Cup-winning Uruguay side and Pedro Rocha, the playmaker extraordinaire from the sixties, progressing through the city’s youth ranks to eventually become two of the most coveted players in the modern era. Sooner or later, another gifted footballer will emerge from Salto, and if he’s as endowed as this illustrious pair, the scouts of world football best be on red alert.