The managerial merry-go-round is set to swing into action once again this summer, as some of the biggest clubs in Europe prepare to make changes at the top.

Arsène Wenger’s future has been a point of discussion among fans for several years now, but speculation over whether he will step down as Arsenal manager intensified recently after his side endured a humiliating 5-1 defeat at the hands of Bayern Munich in the Champions League.

Retweet if you are taking part in the Wenger out protest before the home game against Bayern on March 7th at 6pm. Spread the word #wengerout pic.twitter.com/VEzeadPhLl

With his contract at the Emirates Stadium expiring at the end of the season, Wenger is yet to commit to stretching his reign in north London into its 21st full campaign.

“I have been here for 20 years and I had many times the opportunity to leave so I don’t think I have to convince you that my preference has always been Arsenal,” the Frenchman said this week.

“But of course I am objective and lucid enough to make the right decision for myself and the club as well. The club is free to make the decision it wants and I will respect that.”

Should Wenger or the Arsenal board decide that this summer is time for the club to make a clean break and start anew with a younger coach with fresh ideas, the best man for the job might just have become available.

After Barcelona thumped Sporting Gijón 6-1 at the Camp Nou on Wednesday, Luis Enrique announced to the press that he will be leaving the club at the end of the season.

“I will not be manager of Barcelona next season,” he said in his post-match press conference.

“In preseason I had a meeting with [Albert] Soler and Robert [Fernández] during which I spoke about the possibility of not renewing.

“It’s been a difficult, but well thought through decision, I need to rest. I would like to thank the club for the confidence they have shown in me and for three unforgettable years.” 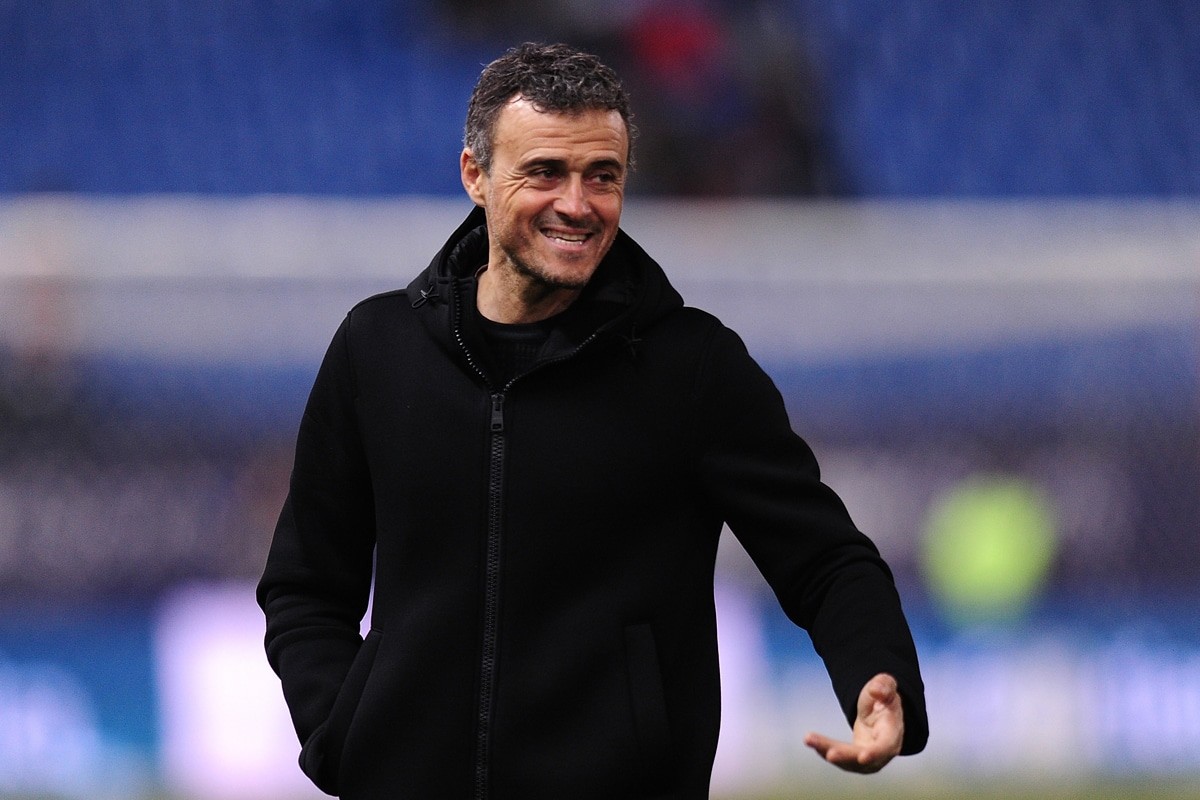 Similar to Wenger, a catastrophic Champions League defeat – 4-0 away to Paris Saint-Germain – had led to calls for Enrique to be replaced in the Camp Nou dugout, and the former Roma boss has taken it upon himself to not renew his contract which expires in June.

Barça have regressed slightly this season, with inconsistency plaguing their performances while they have grown ever-more reliant on Lionel Messi’s genius. But the trouncing of Sporting took them top of the table in Spain, and they will contest the Copa del Rey final in May when they will be overwhelming favourites to beat newly-promoted Deportivo Alavés; the Blaugrana are far from a busted flush under their current manager.

When he walks away, regardless of whether a domestic double is secured this term, Enrique’s three-year stint at the helm will be remembered as one of the most successful period’s in Barça’s illustrious history, having won the Treble in his first season and a league and cup double in his second.

With a win percentage eerily similar to that of Pep Guardiola’s time in charge of the Catalan giants, Enrique deserves much more credit that he is currently being afforded.

His reign in Spain may have run its course, but if the 46-year-old wants to jump straight back into a top managerial position, Arsenal should do all in their power to convince him to make north London his new home.

After years of relative mediocrity and underachievement under Wenger, the key factor that Enrique would bring to the Emirates is that his is winner. Both as a player and a coach, the former Spain international has always strived to ensure his team comes out of top, and he is successful more often than not.

Used to dealing with star names and big egos, handling the delicate contractual situation brewing with Mesut Özil and Alexis Sánchez would not worry Enrique.

Tactically, he tends to keep things relatively simple, attempting to accentuate the gifts of his most talented players, while patching up the holes left by the deficiencies of his charges. The way in which he rejuvenated Messi’s performances in late 2014, moving him away from his central false nine role and back out to the right flank, shows that he is in tune with how to maximise the potential of those at his disposal.

With an approach sitting somewhere between the disciplinarian style of Diego Simeone and the laid-back nature of Carlo Ancelotti, Enrique trusts his layers and feels no need to micromanage, yet he doesn’t suffers fools and demands respect. In this regard, he has the ideal personality to walk into a dressing room of players who have only ever known one way of operating during their time at the club.

Thomas Tuchel, Massimiliano Allegri and Bournemouth’s Eddie Howe have all been mooted as potential replacements for Wenger should he leave in the summer, and each man would bring a unique set of skills to the job.

However, none have the blend of youth and experience, of being widely respected yet still having something to prove, and, most importantly, of being an expert winner, as Luis Enrique.

Why Jorge Sampaoli Has To Be The Next Barcelona Manager