Ludogorets Razgrad of Bulgaria will host Dinamo Zagreb of Croatia in the Round 3 of the UCL qualifiers. This will be the fifth meeting between the two teams, so we expect some level of familiarity as both teams battle to secure a place in the next Champions League competition. Read on for details.

Ludogorets have hosted Dinamo Zagreb twice, matches that ended 1-1 and 3-0. The hosts boast two wins and a draw in this matchup while the visitors bagged a 3-2 victory and a 1-1 draw in those meetings. Here is how we have predicted the fourth encounter to end:

Ludogorets boast the most wins in this matchup and with home advantage; the hosts will fight to secure a win in this first leg before traveling to Croatia for the second leg later in the month. They have a strong record against the visitors and so is their form in recent games.

7 clean sheets from last 9 games for Ludogorets and only four for Dinamo Zagreb in as many past games is why we also expect the hosts to win the first round. Ludogorets won the last two meetings home and away and we expect the trend to continue in this first leg of UCL Round 3 qualifiers.

We have sampled the latest team stats and the best odds across top UK sportsbooks for the upcoming UCL qualifier match below.

Four previous meetings between Ludogorets and Dinamo Zagreb ended with the Bulgerian side as the dominant team. They won the last two encounters home and away, results that should motivate them ahead of this fifth meeting with the Croatian team.

In previous four meetings, only one game had goals one side and it begs the question, is there a chance both teams will find the net in this game.

Both teams are undoubtedly in great form and will fight to secure a positive outcome in the Round 3 of the UCL qualifiers. However, Dinamo Zagreb must stage a strong offensive challenge to score against Ludogorets in this first leg of the Round 3 UCL qualifiers. The hosts have 7 clean sheets from their last 9 games and lost only once during that time. You cannot match the record to how the visitors performed in a many previous games. Dinamo Zagreb recorded four clean sheets in their last 9 games. The visitors did not lose a game during that run, and will fight to keep the unbeaten record going.

We have predicted the lineup for this Ludogorets vs Dinamo Zagreb UCL qualifiers match as follows: 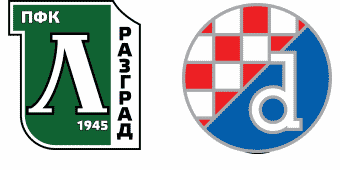 What time will Ludogorets vs Dinamo Zagreb kick off?

Where is the venue for the duel?

Ludogorets vs Dinamo Zagreb will be played at Huvepharma Arena in Razgrad, Bulgaria.

How many goals were scored in the last meeting?

The last meeting had 3 goals.