Once one of the hottest striking prospects in Europe, Luciano Vietto is on his way out of Atlético Madrid.

The 24-year-old Argentine is already struggling for game time at the Wanda Metropolitano this season, and when Diego Costa officially becomes an Atleti player in January, he’ll fall further down the pecking order.

Linked with Southampton in the summer, it will be no surprise to see Vietto subject of more Saints transfer rumours come January.

It wouldn’t just be Mauricio Pellegrino’s side who he could offer something to, though: the striker could well be a decent signing for a number of Premier League teams outside the top six.

Born in 1993, Vietto joined Argentine Primera División club Estudiantes, but was released to years later before moving to Racing Club’s academy, where he broke through into the first team.

He signed his first professional contract in 2011 and it was that year when he was called up to the senior squad by manager Diego Simeone, making his debut in October as a late substitute against Lanús.

The striker didn’t make his first start until September of the following year, but he made the most of it, scoring a hat-trick in a 3-1 win over San Martín de San Juan.

That saw him subject of Liverpool and Juventus transfer rumours, but he signed a new deal with Racing in the summer of 2013.

The 2013/14 season didn’t go as well for him, he scored just five times in 35 games, but still got his move to Europe the following summer.

Villarreal bought him for €5.5million and he took to life in Spain like a duck to water, combining well with Denis Cheryshev and scoring 20 goals in 48 games in all competitions and winning La Liga’s Player of the Month award for December 2014.

His season with El Submarino Amarillo saw him become one of the most sought-after forwards in Europe, and he moved on, rejoining former boss Simeone, who was now at Atlético Madrid.

But his career has stalled ever since then. The Argentine scored just one league goal in 2015/16, before being farmed out to Sevilla on loan, where he managed six in 2016/17.

The Andalucian side had an option to buy him, but didn’t take it up, leading him to return to the Spanish capital, where he’s hardly had an impact this season, making just four league starts.

In total, he’s made eight competitive appearances this season for Atleti, failing to score, and managing just 341 minutes.

What are Vietto’s main strengths?

Playing as part of a front two, Vietto’s positioning has always been a strength. When he’s on form, he gets in the right positions at the right times.

A lot of that is down to his pace. The Argentine has the ability to speed past sluggish defenders to get in behind the defence. 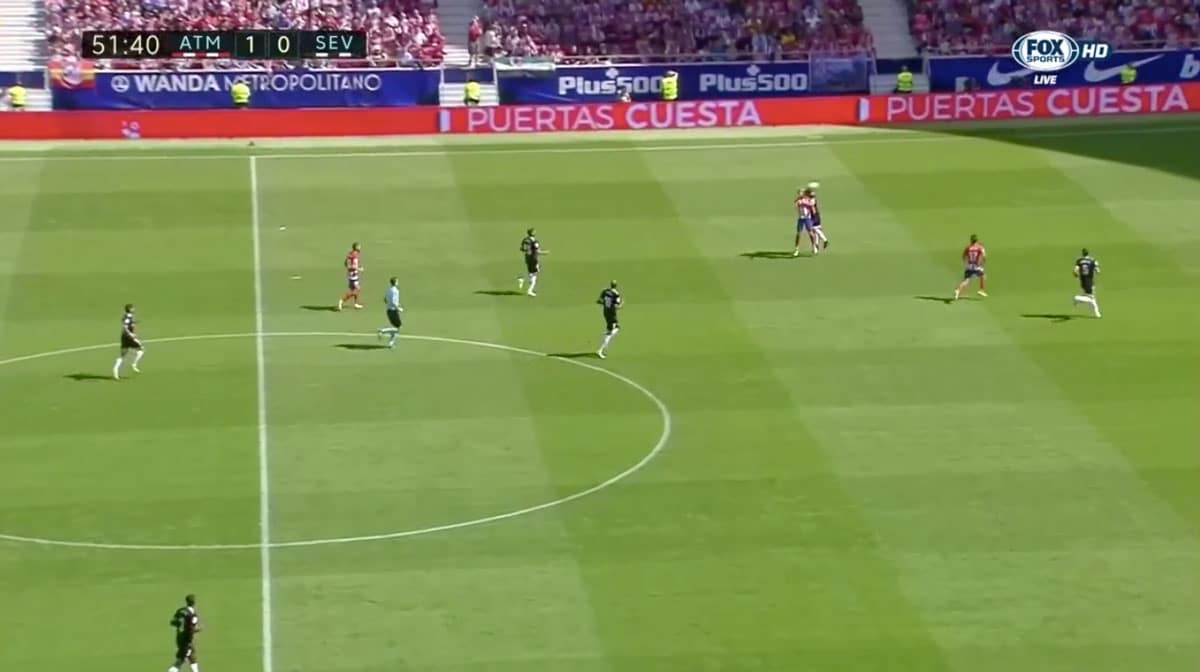 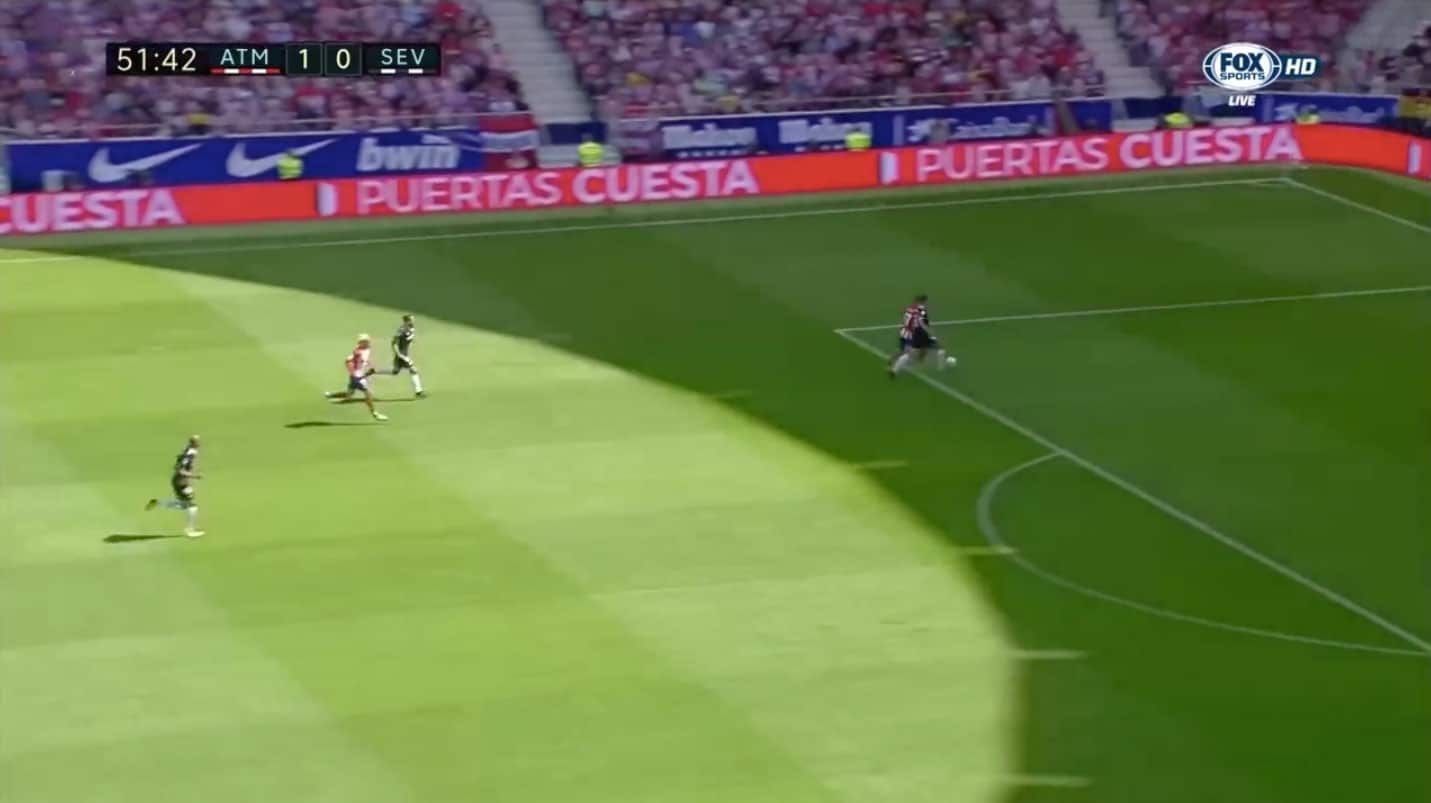 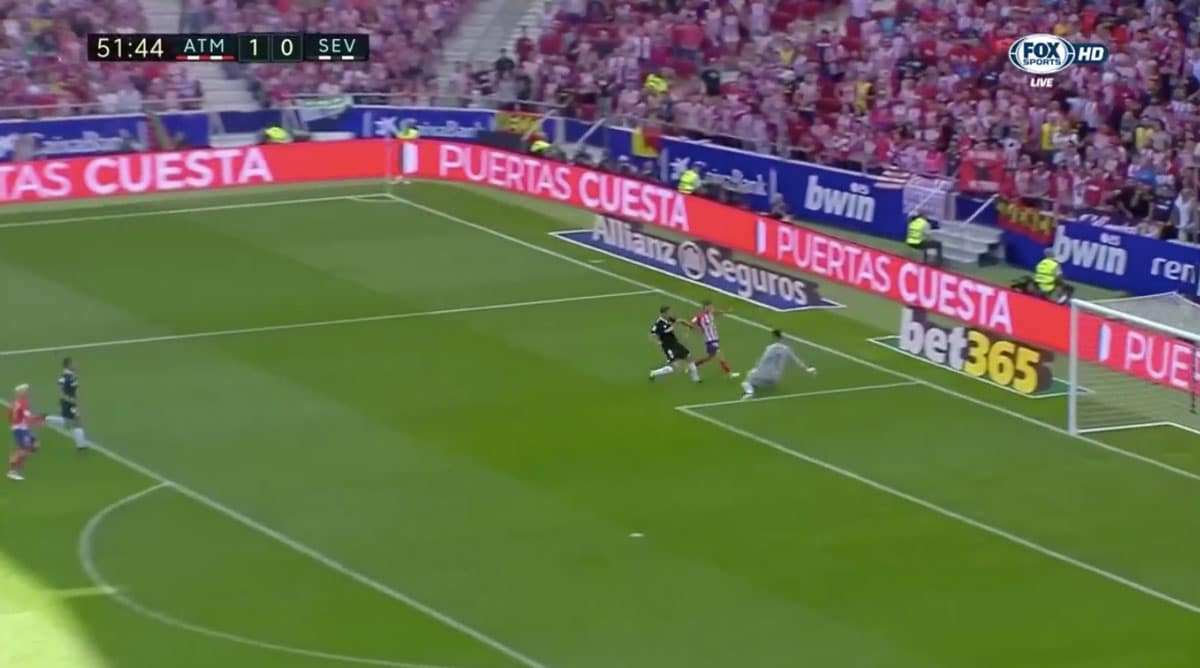 In the stills above, you can see how Vietto is aware of where Antoine Griezmann will be heading the ball and is already on the move.

The defender has a head start, but the Argentine forward is quickly past him.

The only real issue could be that he went slightly too wide, meaning he was never going to score, and the best result he could hope for was a corner. 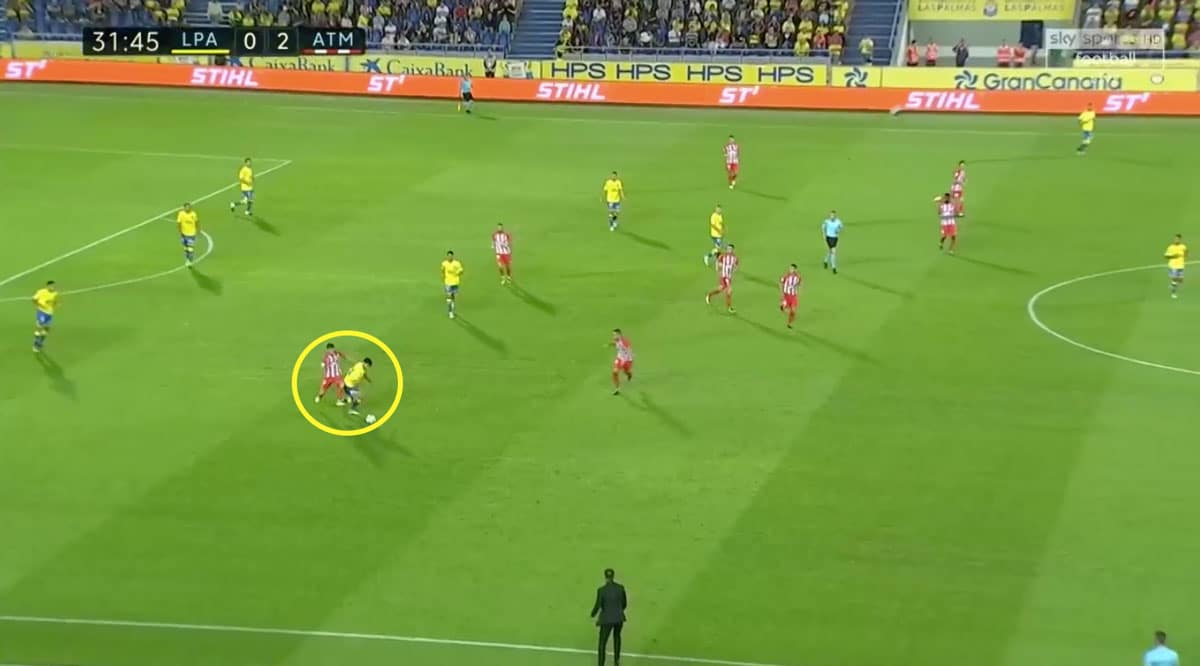 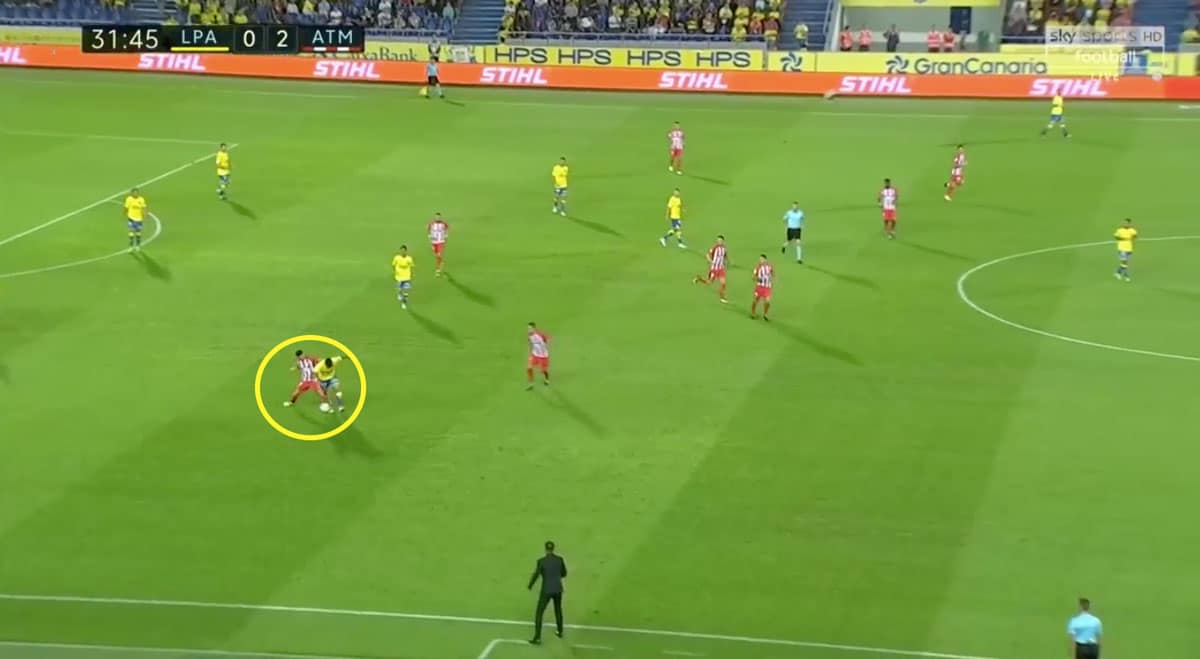 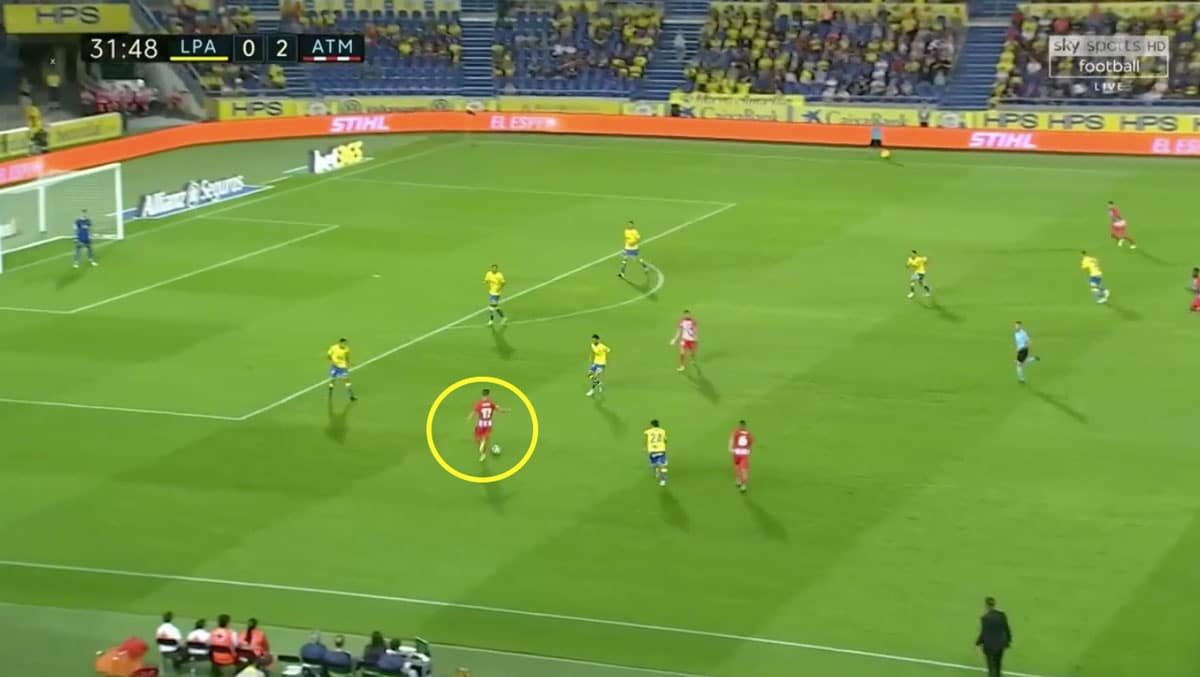 He’s also a nightmare for defences, always nipping at their feet.

As you can see at the stills above, if you want a striker who’s always going to close defenders down, Vietto’s your man.

The Las Palmas player stands still and Vietto comes from behind him, dispossessing him and starting an Atleti attack.

What are Vietto’s main weaknesses?

At Villarreal, Vietto looked like a natural goalscorer, but that’s really dried up since he left for Atlético Madrid.

That’s obviously a massive issue for a striker, and he hasn’t scored this season.

In fact, in his career, he’s only managed more than ten goals in all competitions twice, his breakthrough season at Racing and his first year at Villarreal.

His final year at Racing saw him score just five and his first season at Atleti saw him get just three.

That will of course be a real concern for teams looking for someone to kickstart their attack, but perhaps in a team slightly lower down the table, he could thrive.

Another issue would be whether he can play the lone striker role. When he’s thrived, it’s tended to be as part of a duo, something which isn’t as common in England nowadays. 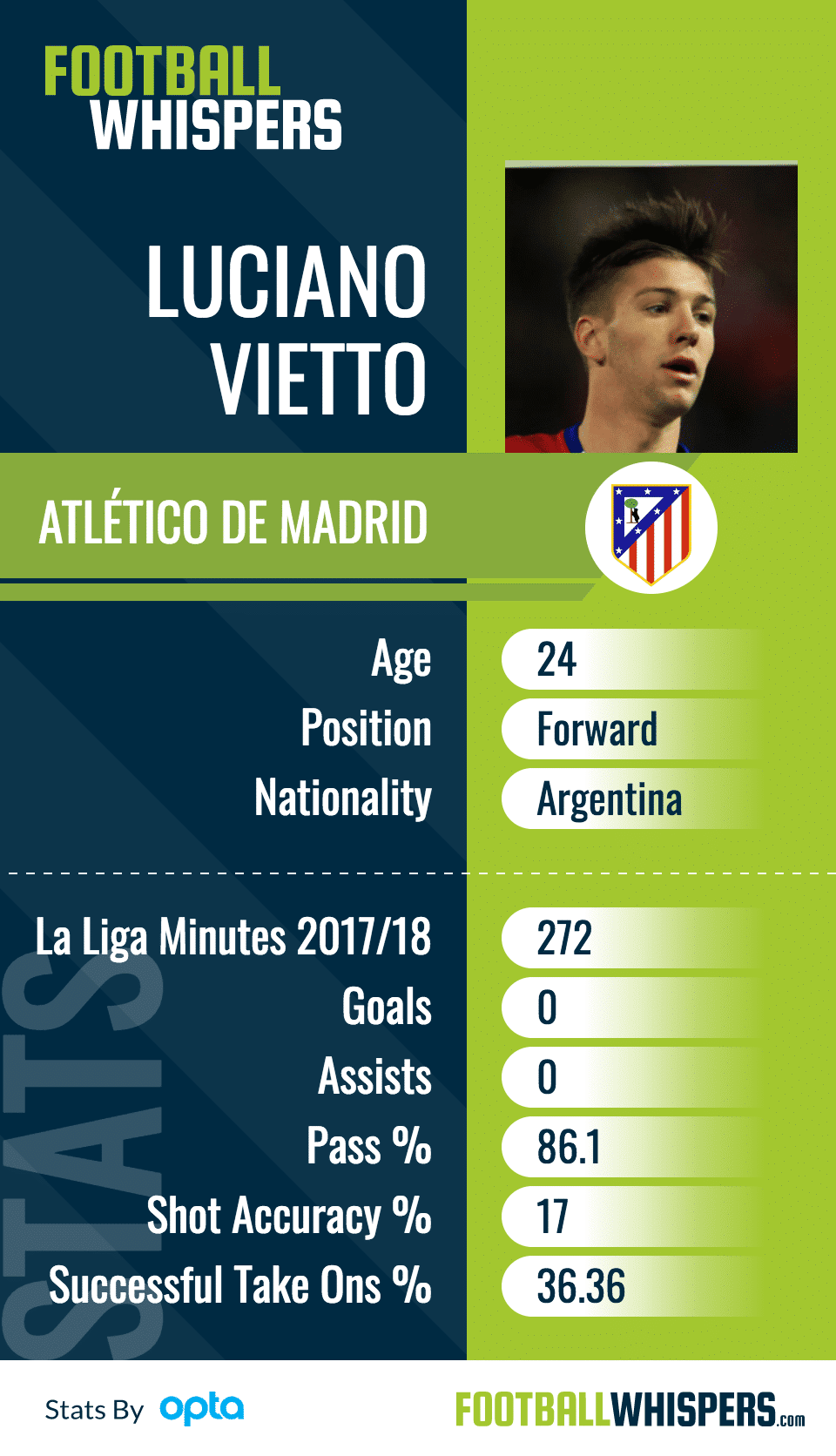 How much is Vietto worth?

Atlético Madrid signed Vietto for €20million, but there’s no doubt his stock has fallen since.

Reports in Spain suggest they hope to raise €15million in January by selling both him and Fernando Torres, so they probably value him for around €10million.

That would make him an attractive prospect to clubs thinking they can help him refind the form from a couple of years ago.

If Saints want a striker who’s more prolific than their current options, the Argentine isn’t their man.

They’d want to bring in someone who’s confident, but Vietto is clearly struggling in front of goal and buying someone like that wouldn’t be ideal in a team that has its own woes up front.