“This season I thought we had the easiest transfer market ever because we knew what we wanted to [buy], we knew who we wanted, and it didn't come off,” said a disappointed Arsene Wenger as Arsenal closed on the late double deal for Valencia defender Shkodran Mustafi and Deportivo La Coruña's Lucas Pérez.

“So you have to restart, and when you restart, when you [deal] with some leagues they're on holiday. And after you get the European Championship.”

Wenger did not disclose exactly which players he was unable to sign, but with his side crying out for ages for a top quality striker and with the pursuit of Leicester City's Jamie Vardy eventually proving unsuccessful, it was reported that Real Madrid's Álvaro Morata and Lyon's Alexandre Lacazette were the strikers that eluded his grasp.

And so, he had to settle for Pérez, who had a £17million release clause in his contract. A panic buy? Never! According to Wenger, he knew exactly what he was doing. And as it turned out, Pérez was not contacted at the last minute, but the player himself revealed that he was contacted by the Gunners at the start of the transfer window.

“Look at my face. Am I the face of somebody who does a panic buy?” Wenger said with a very relaxed demeanor in a briefing with reporters. “No, I try to make the [right] decision.” 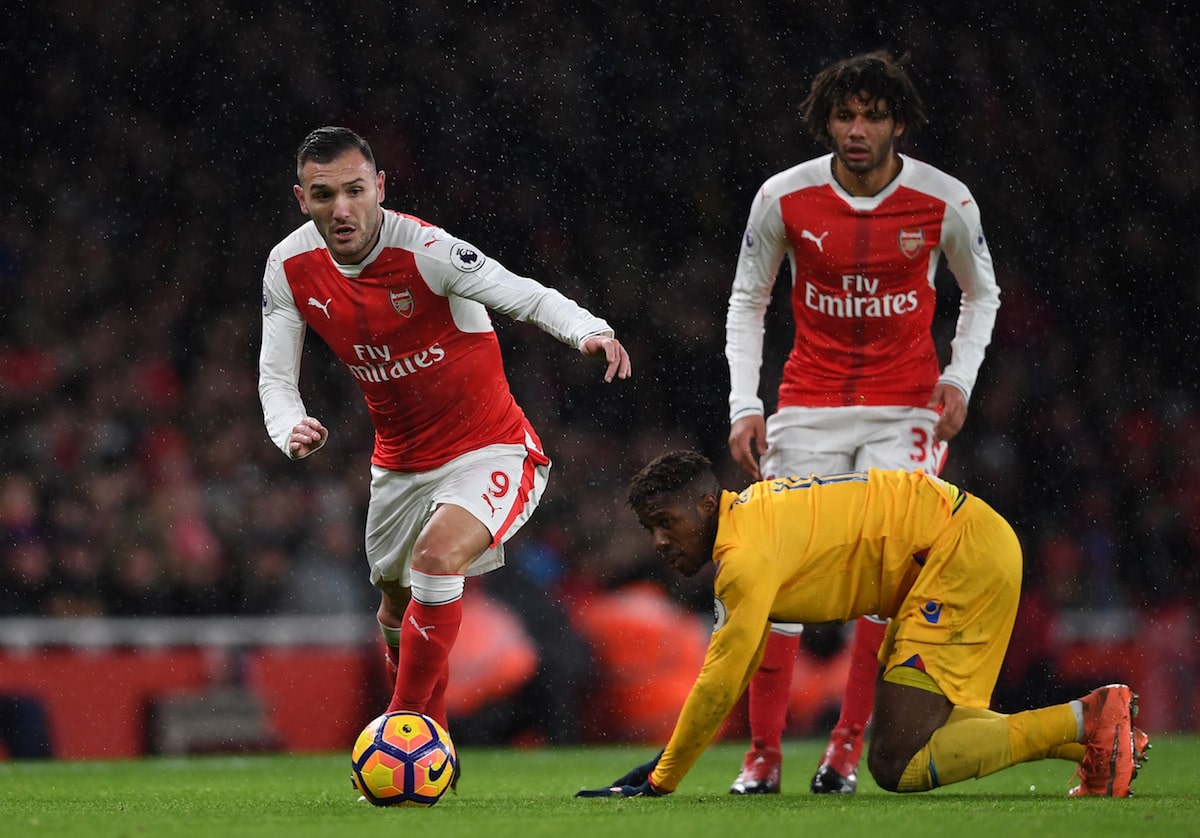 To be fair, Wenger had some positives to go on regarding the player. Pérez, though largely unknown by Arsenal supporters before news broke of his impending transfer, was coming off the back of an impressive final season in Spain despite his club's own struggles.

Deportivo ended up staving off relegation by a mere four points, and for that they have Pérez to thank for the most part, as he ended the campaign as both club top scorer with 17 goals and top provider with eight assists.

A late bloomer like Vardy, at 28 years old Wenger was bringing in a player who seemed to be reaching his peak. “He's a late developer because he played in a different position. He moved centrally and in a successful way,” he said. “So I think he has good link-up qualities, good quality of receptions, good finishing qualities. But let's see if we can finish the job.”

Unfortunately for Pérez, though, that job has barely started. At this point of the season, he is still not a first team regular, this in spite of the fact that whenever called upon, he has impressed. He has appeared for Arsenal just 18 times, though it must be pointed out that he missed a few games through injury.

Still, in those 18 appearances, half of which are starts, he has managed a respectable seven goals, including a hat-trick versus FC Basel in the Champions League group stage. His latest came in the Gunners' last fixture, the 2-0 win away to Sutton United in the FA Cup, a game he started – and centrally at that.

Reports broke recently that Pérez is unhappy and wants to leave Arsenal – whether Wenger stays or not. But his agent, to whom the quotes were attributed, denied that the player wants to leave. 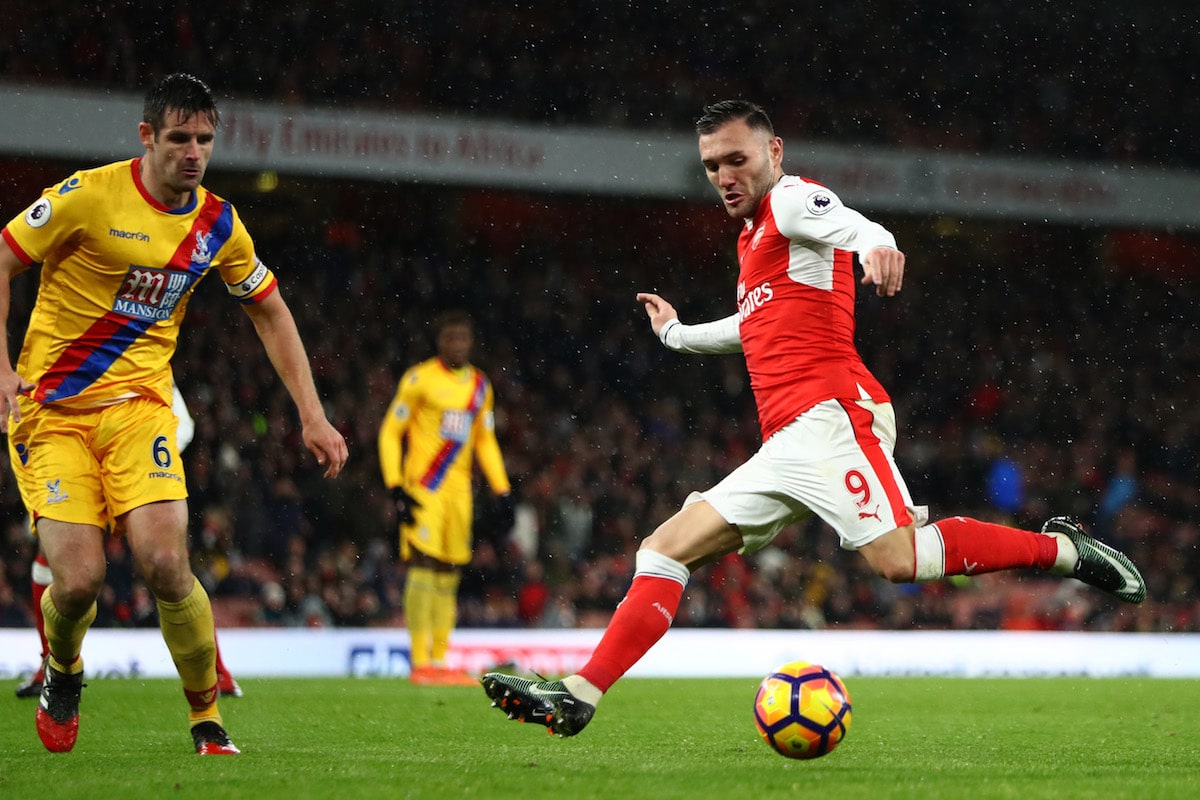 Pérez did admit last October, however, that he thought he would have more of a “starring role” at his new club. Like a good sport, though, he said those ahead of him in the team were “doing a great job.”

He deserves some game time in truth, especially considering Alex Iwobi is in a shaky run of form these days, which is to be expected given his age. It would mean then that Pérez would have to play on the right with the club's best performer this season, Alexis Sanchez, playing on the left and Olivier Giroud, who has six goals in his last 10 games in all competitions, ploughing a lone furrow up front.

Pérez would prefer the central striking role himself but, as he admitted, he is a versatile player.

“I played as a striker for most of my career but I can adapt to any of the four positions across the front line. I prefer playing as a striker but I have no problem playing anywhere up front,” he said upon signing for the club last summer, basically agreeing with Wenger's own assessment of his skill set.

“I'm a pacy player. I like to link up and combine with my teammates, playing one-twos to work a shot. I don't want to put myself in a box, I hope that the Arsenal fans can see for themselves and enjoy watching me. I want to show what I'm about, get stuck into playing and perform well.”

He uses his left foot “a bit too much” for Wenger's liking, which could actually work against him playing on the right, as full-backs and wide midfielders tracking back can make sure to show him down the line in order to render him ineffective, so he needs to develop his weaker foot.

He has a “smell for the goal,” however, according to Wenger, so given his good movement and pace, a consistent run in the side should see him add to his tally of seven goals sharpish, whether he stays on the right or plays through the middle. 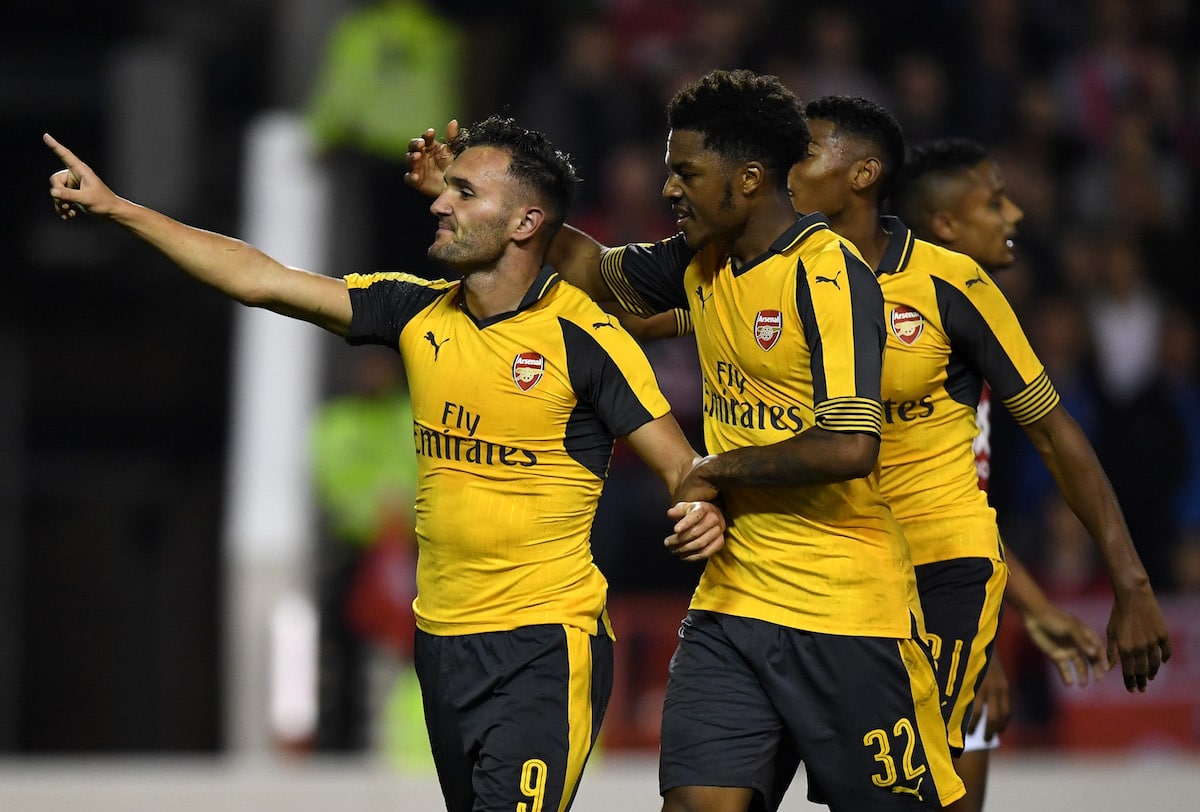 With Arsenal's game against Southampton postponed following the latter's participation in the EFL Cup final, Wenger has more time to prepare his team for the testing trip to Anfield to face an embattled Liverpool who have won just once in their last six league games and twice in their last 11 in all competitions. They will be fired up; Arsenal must be ready for that.

But they have much reason to be confident. The Reds have kept just three clean sheets throughout that miserable run, only one of which was in the league – in their last game, a 2-0 win at home to Tottenham Hotspur.

They have made the joint-second most defensive errors in the league (13), seven of which have led directly to goals. Pérez will relish coming up against that defence with the “smell for the goal” that he has.

“I have to make the right decision, knowing that it is not easy. What we spoke about many times, you are not the only one who decides about the timing,” Wenger said to reporters regarding the signing of Pérez.

This decision is about playing him and it is a very easy one for the Frenchman to make: give Pérez the run in the side that he is long overdue. The timing is right.

What Is Alex Oxlade-Chamberlain's Best Position?