Lucas Moura has been a key fixture in the Tottenham team since their 2018-19 campaign. After making a £25 million switch from PSG midway through the 2017-18 campaign, Lucas was immediately able to settle into the first-team. This was a huge relief for the Brazilian international, who had appeared to lose his first-team spot at PSG towards the end of his days at Parc des Princes.

The arrival of Jose Mourinho, though, has brought about changes to the club with Lucas expected to be one of the big-name departures. Only a few months ago, journalist Fabrizio Romano claimed that it would be impossible for other clubs to prize away Lucas from Spurs. The situation seems to have turned around completely, according to Fabrizio Romano. Now, Lucas may be one of the first names to leave Spurs in the upcoming summer window. 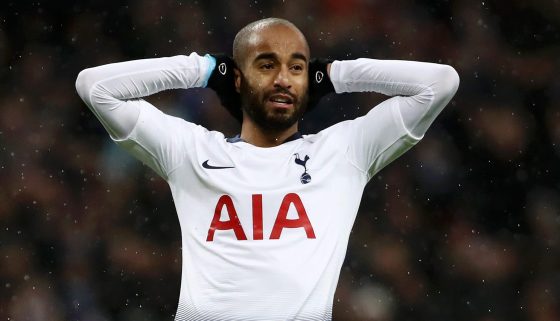 Lucas has not been a regular first-team player for Spurs this season. He has only featured in four Premier League matches from the start, as a majority of his 13 appearances has been from the bench. Lucas has been preferred in the Europa League matches, where he has been a regular starter. The Brazilian international is certainly not happy with this current situation and it could only worsen in the summer when Spurs are expected to splash the cash to back Mourinho.

The impact from Lucas has been quite so far this season. He has six goals and three assists from his 27 appearances in all competitions. He averages around 200 minutes per goal, which is a sizable improvement over last season when he used to average one goal in almost 450 minutes of action.

According to the Last Word on Spurs podcast, Romano said: “I think in January it’s difficult. Next summer probably anything can change. Also because many clubs are interested in him. He is a good player and also for many top clubs, but at the moment there is nothing.”

Spurs will demand a hefty transfer fee for the 28-year-old, who has a contract until 2024.