Liverpool linked with a summer move for Lucas Moura, as yes, it must be a transfer window.

With Neymar in place over at the Parc des Princes, a few players must make way to accommodate the Brazilian superstar. Serge Aurier is on his way to Spurs and Angel Di Maria is a Barcelona transfer target.

Fans of the Anfield club have seen this movie before.

Liverpool are tentatively linked with a certain player over a number of transfer windows, supporters can't help but dream and start piecing together a team to include said player but a move never comes to fruition.

It's happened over the years with the likes of Arda Turan, Simão and David Villa. Now, on the surface it looks as though Moura could make that trio a quartet.

ESPN FC reported on Wednesday that a number of players from the Parisians club will be on the move this window and specifically picked out Liverpool's interest in the 24-year-old.

This is no surprise, with the Ligue 1 club attempting to offload him to Arsenal earlier in the window in order to prize Alexis Sánchez from the North Londoners.

It's the third consecutive window he's been linked with a move to Merseyside. In November 2015 Liverpool transfer target for the Reds last summer after the Ligue 1 champions signed Jesè and Hatem Ben Arfa.

However, unlike some Liverpool rumours, this one may have some legs to it. 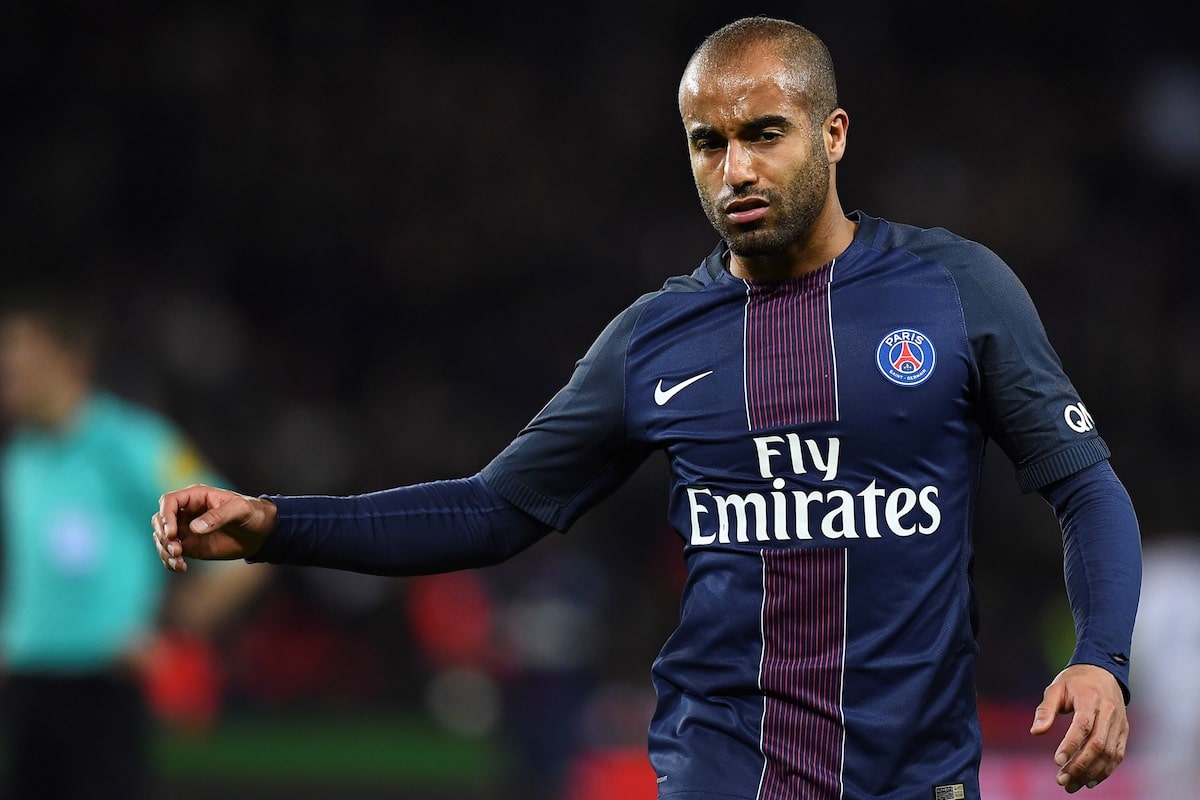 First off, the financial side of the deal. Moura's deal expires in 2019 meaning the reported fee of £30million seems fair in the current market for a player of his ability. He's said to be on £67,000-per-week which Liverpool could better with Sadio Manè and Gini Wijnaldum – both of whom arrived last summer – reportedly on £90,000-per-week.

Secondly, he falls into the category of player Liverpool as a club are always on the lookout for; he's undervalued and under-appreciated.

The Reds like to pluck these sorts of players away from their clubs, show them a bit of faith and a lot of love and then reap the rewards. They did just that with Philippe Coutinho and Daniel Sturridge. They tried, and failed, with Mario Balotelli, but the thought process was there and clear for all to see.

It's easy to forget that the attacker is still just 24-years-old due to the fact he bust onto the scene way back in 2010 and made his £38million move to France in 2013. He's still nowhere near his prime and there's still potential there just waiting to be harnessed – something which Klopp has a history of doing. 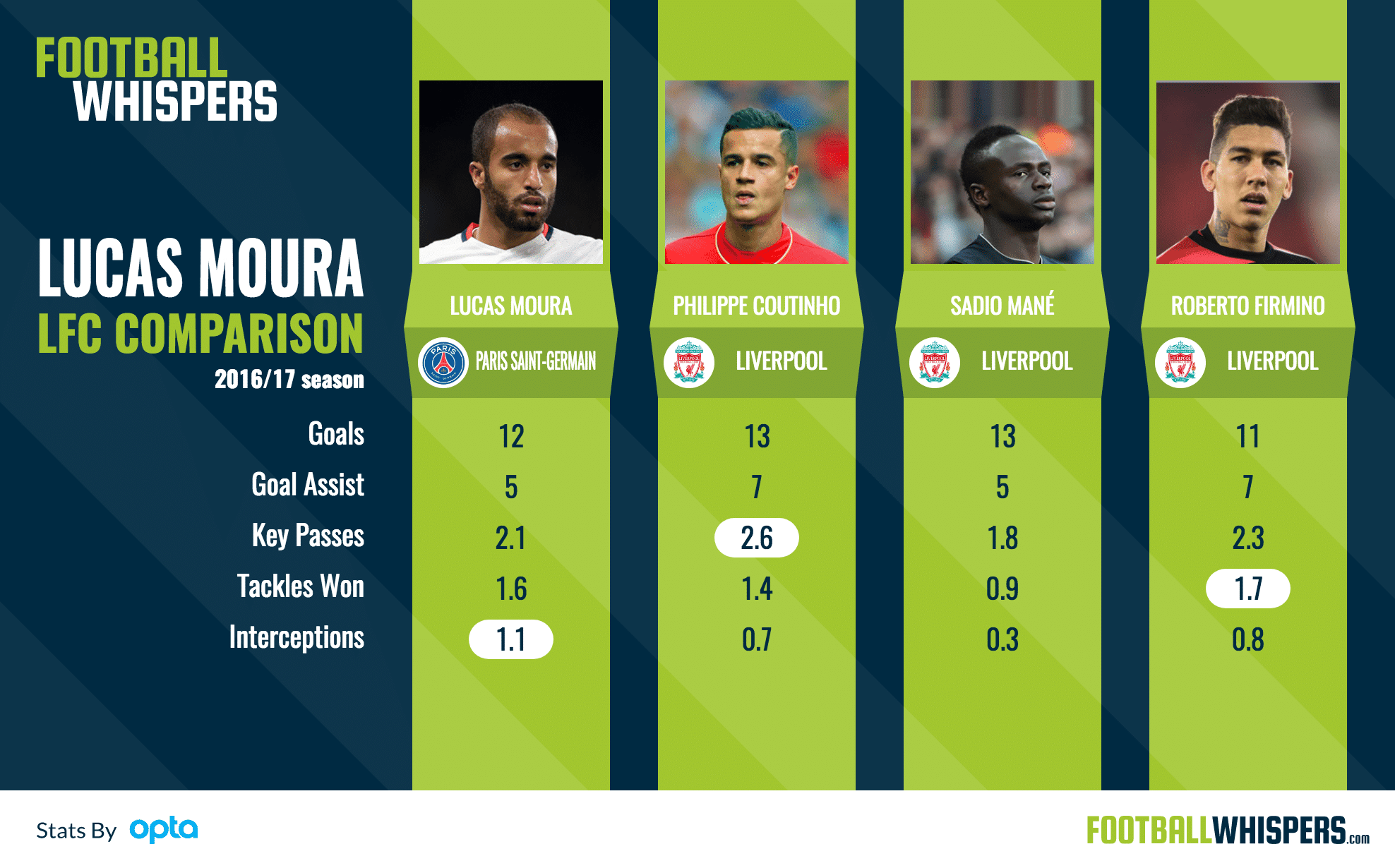 Since the start of the 2013/14 season the Ligue 1 minutes he's featured in equates to 92 full matches. During his time in France he's had one injury which caused him to miss ten matches. It works out that he's averaging just over 20 90-minute matches every season out of a possible 38.

He's not getting the minutes a player of his quality deserves. Yet in spite of this, he's still scored 47 goals and assisted a further 45 in just a little under four seasons with the club. He's hit double figures in goals during the last two campaigns too in all competitions.

And finally, he offers Liverpool a variety of things they currently lack.

Before the signing of Mohamed Salah, this move made much more sense, however, with the rigours of a Champions League and domestic campaign, plus the need to push on and win other silverware, a bigger squad is needed.

Aside from Manè and the new Egyptian signing there's nobody else in the attack with pace. In the absence of the Senegalese forward last season the Reds looked bereft of ideas and fairly easy to contain.

Yet, add Salah and Lucas, and they become a different entity completely. Now, imagine having someone with the former Southampton man's pace, ability to beat a man (he completes 1.9 dribbles per match) and goalscoring touch on both flanks.

He doesn't shirk his defensive responsibilities, something Klopp values in his attacking players. Last season in France he's averaged 2.7 tackles and interceptions per 90 minutes. Of the current attacking players at their disposal, only Roberto Firmino (2.5) and Adam Lallana (2.4) come close to the Brazilian.

When compared to Liverpool's current attacker he fares well.

Many, however, consider Ligue 1 to be inferior so belittle the achievements in the French League. There will always be an asterisk next to his stats in the eyes of some fans; are the goals easily replicated in the Premier League?

That's what's worth looking at. Are his goals transferable or will an increase in quality, granted not by much given the defences in England are fairly average at best, impact his output?

The quality of goals

Last term the Reds scored a number of worldies. If you're into your expected goals models then you'll know we've been scoring low quality chances, something which isn't really sustainable.

There was the Firmino strike against Stoke City, Coutinho's delightful free-kick against Crystal Palace and Emre Can's jaw-dropping overhead kick against Watford. Two of those goals were match winning ones. To put it bluntly – it's taken two world class goals to pick up six points against Stoke and Watford.

Klopp's men appear to be lacking the ability to finish ugly. While supporters remember the wonder goals it's the scrappy ones that pick up more points for a team throughout the season. Moura would arrive with his scrappy goals in tow.

When you think of a Brazilian scoring a goal you think flair, you think sheer brilliance and you think picturesque. It's perhaps a quixotic view but Brazilian players have the ability to bring to life strikes many could only dream of.

There's not really anything pure about the way the PSG man finds the back of the net. For the majority of goals he's scored this season your first thought would be “he's got lucky there”. To an extent you'd be right.

He seems to be on the fortunate end of a lot of ricochets, bobbles and poor defending.

But when it's happening on a regular basis you have to edge more towards skill than luck. He picks up positions in the penalty which result in him scoring these goals. He's skilled in finding space, his runs are intelligent and he's what some may consider to be clinical in front of goal.

Aside from Sturridge there aren't many in the Liverpool squad who could wear that tag. Lallana is guilty of missing gilt-edged chances.

Firmino has been known to skew efforts when in on goal and Coutinho is more comfortable from distance than he is in the penalty area. 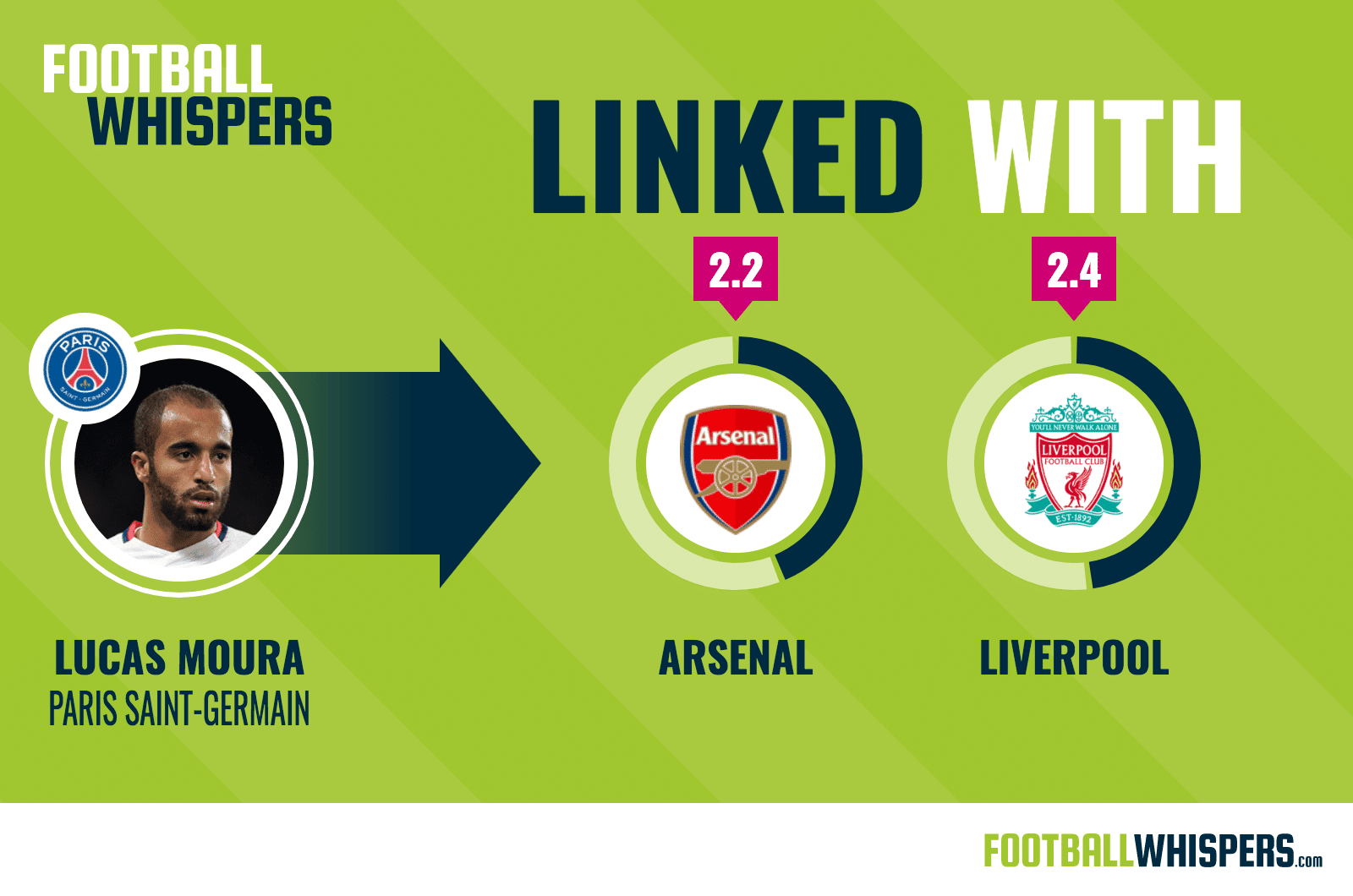 There have been a few “on another day we win” matches for the Reds this season after they've spurned a number of goal scoring chances. Signing Moura would go some way to ensuring those matches are few and far between next season.

It's of course a deal which would give Klopp a few selection headaches, but Liverpool are a club who should have an abundance of talent throughout their first-team squad if they're to compete on all fronts.