Liverpool's search for a left-back has spanned the best part of 12 months now. Yet despite identifying a number of potential targets, a new full-back continues to elude them.

In a Football Whispers exclusive, we revealed that the Merseyside club had spoken to Roma about their 18-year-old left-back, Luca Pellegrini, when the two teams were negotiating over the future of Liverpool new boy Mohamed Salah.

Prior to Salah sealing a big-money move to Anfield, James Pallotta, Roma’s chairman, revealed the Reds had made bids on more than one of his players this summer.

“They (Liverpool) continue to make offers for many of our players,” he told Sirius XM Radio.

Despite the Giallorossi having financial difficulties, the Serie A club resisted Liverpool's interest and seemingly have no intention of letting their highly rated teenager leave, not yet anyway.

Liverpool, however, are still in the market for a left-back and could return for the boyhood Brescia supporter in the near future, with his contract expiring in the summer of 2018.

The Reds have their list of possible left-backs shorten at an alarming rate this summer. Theo Hernández, Sead Kolašinac, Ryan Sessegnon, Ben Chilwell and Benjamin Mendy have all reportedly turned down the chance to join Jürgen Klopp's revolution at Anfield.

Andrew Robertson and Josh Tymon, both of Hull City, have been tentatively linked along with Manchester City full-back Gael Clichy.

Pellegrini would not have been a quick fix with the Italian being more of a long-term prospect, but having him on the books would've meant Liverpool didn't need to target a left-back, a problem position for them for a number of years, for the next decade – so long as he fulfilled his potential.

James Pearce of the Liverpool Echo recently claimed Klopp doesn't have an interest in rookies with untapped potential, but proven performers capable of making an instant impact at Anfield.

However, this claim is slightly at odds with the Liverpool transfer targets this summer. Especially when you consider Liverpool are said to be prepared to break the bank to land Monaco wonderkid Kylian Mbappé. 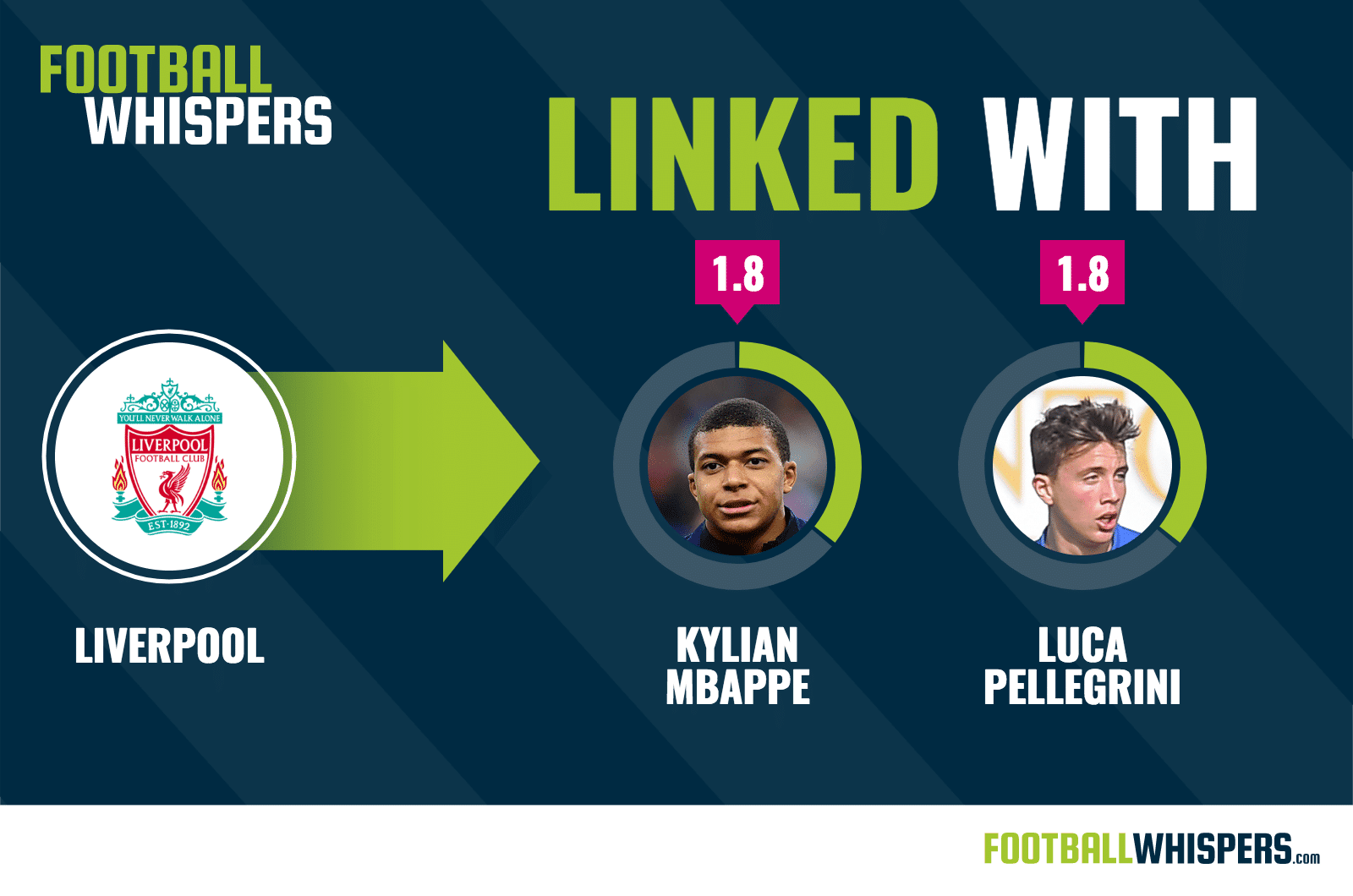 The teenage sensation has had just the one season in the Monaco first-team and while it was a remarkable debut campaign, he's still only 18-years-old. According to reports in Marca, the Reds bid €100million. As talented as he is, he's not worth that on talent alone now, they would have been paying for his untapped potential.

For a generational talent, Liverpool will seemingly venture into the untapped potential market.

Why the Interest in Pellegrini?

First off, Mino Raiola tends to back a winning horse. He represents the 18-year-old which should be a sign of how highly-rated he is.

The Italians are hopeful that Pellegrini is their next great full-back. It was a false dawn with David Santon and Matteo De Sciglio is yet to fulfill his potential so the heir to Paolo Maldini is still yet to be identified.

Pellegrini said to idolise the former Milan legend, which is strange given he started life off playing in more central areas.

It wasn't until Roberto Muzzi, who spent six years coaching in Rome and is now the assistant at Sparta Prague, told the teenage left-back “I’ll make you into the best full back in Italy.”

Muzzi saw the potential in him becoming a full back when he watched the youngster during a tournament. His team were missing a lot of players, so he played left back instead and excelled in his adopted role.

Though he's a fan of Maldini he's more of a Gareth Bale kind of left-back. This, in theory, makes him a good fit for Klopp's Liverpool system.

Liverpool may line-up as a 4-3-3 team on paper but in practice it’s more of a 3-4-3 with the wide attackers pushing centrally and all the width coming from the full-backs. They’re almost like wide midfielders who occasionally have to do some defensive work with the Reds looking to dominate possession.

Although Pellegrini has only performed in the Primavera, meaning it's hard to truly read into his performances and there are no stats to compare, his profile as a player is abundantly clear and you can see why Liverpool cast an eye over him.

He's more than comfortable on the ball, is expressive with his passing and is always looking to be progressive. His combination play around the penalty area, when linking up with his midfield and forward players, would be key in breaking down those deep sitting teams.

He can take a set piece – both corners and free-kick – and his cross selection for someone so young is intelligent, too. He doesn't just loft the ball into the area but prefers to pick a pass out when possible.

There are some defensive concerns, which is to be expected when you're being compared to Bale. But in a team which dominates possession his frailties shouldn't be that exposed. He will no doubt improve the defensive side of his game as his career progresses, it comes with experience.

One thing that does work in his favour is his recovery pace. It's not something Liverpool fans will want to hear but there are certain similarities to Alberto Moreno.

It's unlikely given Roma are seemingly fiercely protective over their left-back. But, in an interview from April last year, Pellegrini did reveal that his favourite English club was Liverpool.

It may count for very little of course, but if he has a soft spot for the club and an opportunity to move to Anfield presents itself he may be tempted to push for it.