No matter how hard you try it is difficult to find a more popular figure among Leicester City players and supporters than Shinji Okazaki.

Perhaps it is the sheer joy etched on the striker’s face when he scores a goal, with his huge grin enough to melt even the coldest of hearts.

Or maybe it is his incredible determination and work ethic, which sees him hurtle around the pitch for 90 minutes via of series of lung-busting runs.

Either way, there is something immensely loveable about Okazaki.

Head to Leicester’s training ground, a short five-minute drive from the King Power Stadium, and you can see the adoration the Japan international gets there.

Regularly he is the one getting ear-flicks and bundled when he makes an error in a game of keepy-up – but even then the big grin is still visible.

Okazaki is clearly very popular among his team-mates, as witnessed in April 2016 when they applauded him into the dressing room after he passed his English exams.

“Well done! Now he can understand when I say something. Previously he was always going: ‘Yes, yes, yes.’

“But he never understood what I said. Now, it is fantastic.

“This morning we clapped him and said: ‘Now you can understand what I say.’ And he understood!”

Among Leicester supporters Okazaki’s popularity is high too.

As mentioned, there is an appreciation and love for his work-rate – but his ability to score the odd wonder goal isn’t forgotten either.

Indeed, his incredible bicycle-kick against Newcastle United during Leicester’s march to the Premier League title in 2016 lives long in the memory.

After a game in January 2017 he saw his stock rise even further when he announced he would be celebrating in a rather different way to bottles of champagne in a night club. 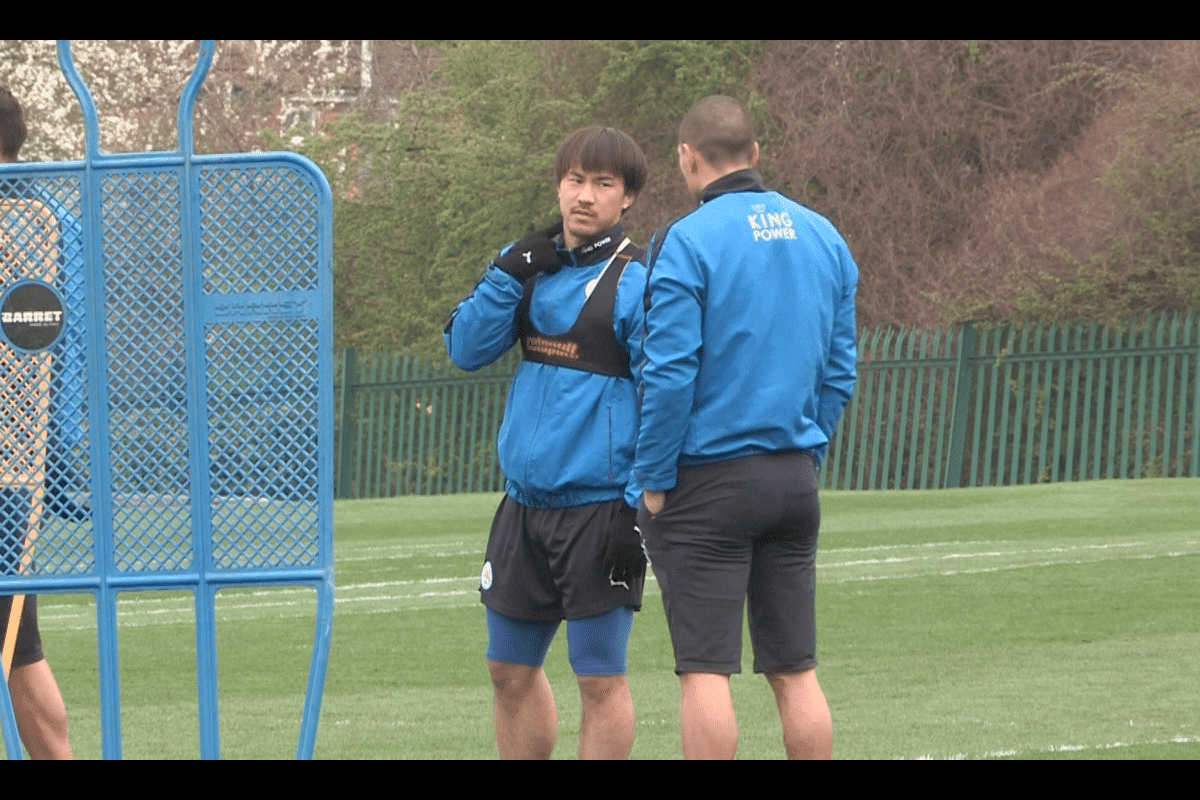 “Now I have scored I want some fish and chips, it is better than pizza,” he said.

“I like fish and chips. I have them sometimes, maybe once every two weeks, then I am happy.”

Back in Japan, Okazaki’s popularity is on an even greater level.

There is an app for your phone that has a keyboard consisting of nothing but Okazaki emojis.

Should the 31-year-old try to leave his home in Japan fans there also instantly bombard him.

“When I went back to Japan in the summer I had to stay home because usually I get mobbed when I step outside,” said Okazaki, a few months after he became a Premier League winner.

“Things were a little crazy – people would rush up to me and say, ‘What happened?’

“But I can’t explain it to them, it was just an amazing season.

“It was a story that everybody around the world tuned into and the first month after we won the Premier League. I couldn’t go out in Japan.”

However, amid all the hype and fame, it is easy to forget just how important Okazaki is to Leicester.

During the Foxes’ march to the Premier League title during the 2015/16 season, it was the likes of Jamie Vardy, N’Golo Kante and Riyad Mahrez grabbing the headlines.

However, the influence and significance of Okazaki on that incredible campaign should not be forgotten.

Perhaps he did not weigh in with a huge number of goals and assists, but he was a vital cog in the well-oiled Leicester machine that saw off the competition.

For what it is worth, Okazaki ended up finding the net five times during the 2015/16 season and they turned out to yield an invaluable 13 points.

Leicester finished the campaign 10 points ahead of Arsenal.

However, it is not in goals and assists that you measure Okazaki’s importance to a team.

In Leicester’s title-winning 4-4-2 team, he played such a crucial role alongside Vardy upfront.

Okazaki was the perfect link between midfield and attack, ensuring that moves didn’t break down on the counter.

With Vardy stretching defences, the Japan international exploited the space behind to make sure the likes of Mahrez were brought into play to influence the game.

So often teams have to play a 4-2-3-1 formation to get such fluidity but, thanks to Okazaki, Leicester could play 4-4-2.

Of course, the 31-year-old’s incredible work-rate helped too and it made him so vital as Ranieri’s side defied the odds to win the league. 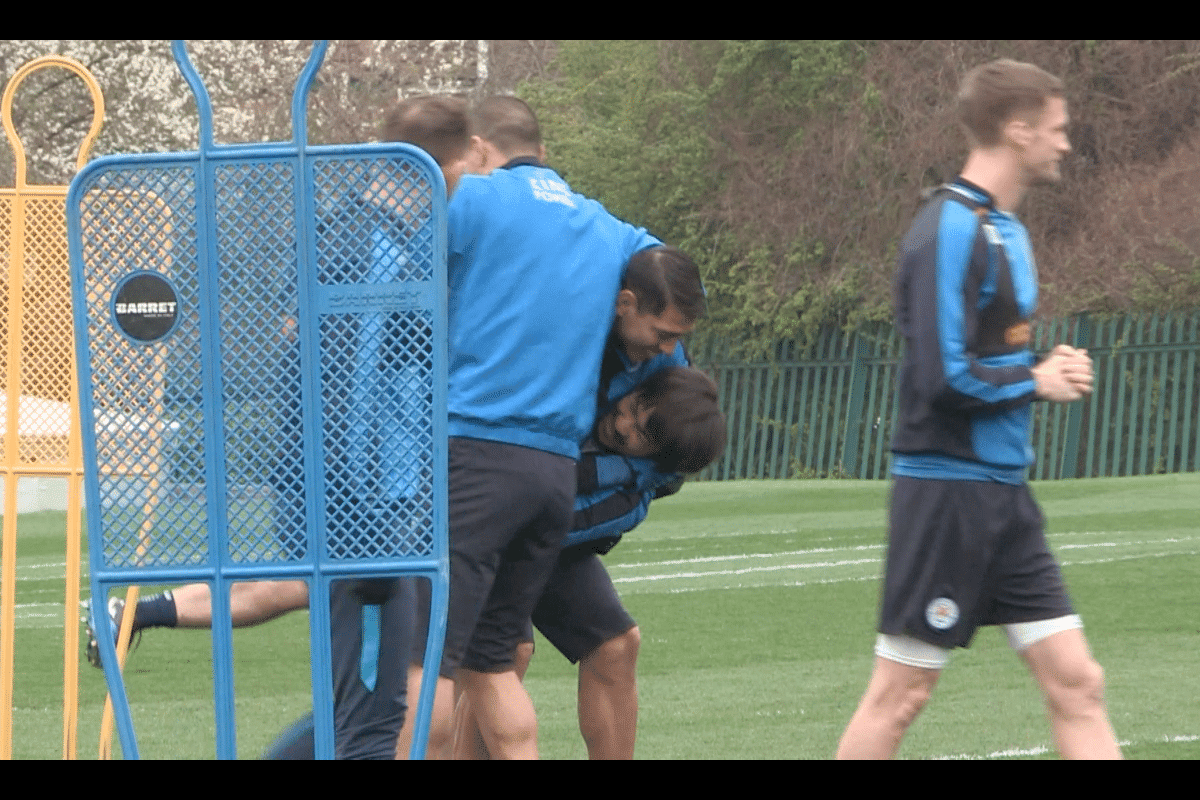 “Shinji is so important because he gives 100 per cent all the time and the role he plays is unique,” says Leicester captain Wes Morgan.

“He plays as a forward but drops into midfield when we are out of position.”

“He is a hard worker – sometimes he's not so close to goal but when the ball is around the box Shinji is always there,” said Ranieri.

“He is important for the team because he presses a lot – he is our dilly ding, dilly dong. He wakes up our players – he has the bell!”

Such praise from Ranieri came months before his sacking in February 2017 and, while it is too simplistic to say dropping Okazaki was the sole reason Leicester’s season unravelling, it is safe to say it had a big impact.

However, following the arrival of Islam Slimani, Ranieri now had the dilemma of trying to accommodate his club record signing alongside Okazaki and Vardy.

Various combinations were tried, but none could recreate what Leicester had the season before.

As Morgan explained, Okazaki offers something totally different and it is no surprise to see him back in the fold now.

He was returned to the first team shortly after Craig Shakespeare took over as interim manager last season and he has kept his place for the current campaign.

In fact, it is Slimani who is now playing second fiddle, watching on as Okazaki netted in the first two games.

Okazaki may be small, but he packs plenty of punch and he won’t be dislodged easily from the Leicester team.