Sixth-placed Lorient hosts promoted side, Clermont, in Round 9 of French Ligue 1 2021/22 fixtures. We preview this game to provide our readers with the best match predictions, tips and the best odds.

Our Best Free Three Picks for Lorient vs Clermont

Since earning a promotion to Ligue 1 this season, Clermont Foot has only registered two wins, three draws and three losses. It is a run that could hand the visitors get more trouble if they fail to rectify their defensive challenges in this fixture. We have put together the best three free predictions for this game as follows:

We are tipping a one-sided scoring affair in this match. Lorient has a better scoring record than Clermont in this matchup. The visitors have been poor defensively and come to this game with back to back losses during which they leaked 9 goals. The hosts have 1W and 1D in the last two games.

We don't expect many goals in this game. Lorient may have an unbeaten run in the last five games but they haven't been doing well upfront. The most goals they have scored in a game since the new season started is two goals. The hosts scored only two goals in the last three games hence a low scoring prospect in this game, even though Clermont had terrible defending.

Our third prediction for this game is a victory for Lorient. Lorient has 3W, 2D and 1L in six encounters with Clermont. Moreover, the host five-match unbeaten run and home advantage should motivate them for another good result against struggling Clermont Foot on matchday.

Lorient vs Clermont: the Latest Team Stats, Odds and H2H

Check out the tables below for more stats and handpicked odds for this match.

Everything in this fixture boils down to how managers of both teams will strategize for the important match. There have been six encounters between the two head coaches, Christophe Pelissier and Pascal Gastien. Both head coaches have 2W against each other with the other two games ending in a draw. Struggling Clermont is wary of a defensively stronger opponent in Lorient so we expect head coach, Pascal Gastien to invest in having firepower in the final third. Notably, in six meetings, only one match had goals on both sides, a trend we are likely to see in the seventh encounter between Lorient and Clermont Foot. 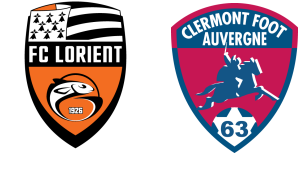 The game will be played on Sunday 3rd October 2021.

What time will the Lorient vs Clermont match start?

Which stadium will host this match?