We have prepared a comprehensive preview for Ligue 1 fixture, Lorient vs Bordeaux. Our tipsters at Football Whispers have also put together the best predictions and odds for this important fixture.

Our free predictions for this game come with the best odds on Netbet. Take a look.

Lorient will score the first goal

A review of recent performances by these teams shows that Lorient has the best defensive record in this fixture. The hosts have let in an average of 1.3 goals while Bordeaux has leaked 2.1 goals in ten games so far. These teams have scored 11 and 12 goals respectively, which is a close call. However, Lorient has not lost at home after bagging 3W and 1D. Bordeaux has struggled away from home after 1W, 2D, and 2L.

We think both teams will score in this match. While Bordeaux faces more challenges when they play away from home, they have scored 7 of their 12 goals on the road. On the flipside, Lorient has scored 5 goals in four home matches so far. Both teams scored in the last seven encounters.

Six of the last eight meetings between Lorient and Bordeaux had more than three goals. The hosts should get at least a draw or win this game. And since our second pick advocates for goals on both ends of the pitch, more than two goals look plausible in this fixture.

Find the latest odds from top UK bookmakers and the latest stats for Lorient and Bordeaux in the tables below.

While Bordeaux is struggling, they have a Better Record against Lorient. The visitors boast a record of 11W, 6D and only 3L against Lorient in the last 20 meetings. Bordeaux’s poor run of form is especially a big worry for head coach, Vladimir Petkovic.  After nine matches on the dugout, the former Switzerland national soccer team manager hasn’t produced magic as many expected. He averages 0.78 points after recording 1W, 4D and 4L. The Question is will Petkovic prevent another potential humiliation to get his side out of the mud? Well, Lorient’s head coach hasn’t played against Petkovic before, so we expect a difficult match for both managers on Sunday. Everything will boil down to tactics each manager will employ in this match on Sunday 24th October 2021.

Answers to your Match Questions 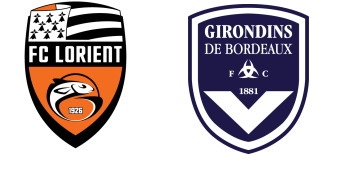 Lorient vs Bordeaux is scheduled for Sunday 24th October 2021.

What time will Lorient vs Bordeaux kick-off?