“I've always said that my dream is to continue playing in Napoli for as long as possible and one day become the captain of the team,” Lorenzo Insigne said back in 2013.

“This is my dream and I hope I'll have the support of the club, which has always trusted me.”

For a long time, it seemed as though realising that ambition would never come true, the youngster’s hopes of representing his hometown club lost amid some cruel circumstances.

Having grown up in the Frattamaggiore neighbourhood of Naples, Insigne endured a tough childhood, one blighted by the financial plight of so many in that area. One of four brothers, his small stature – he stands just 5ft 4in (1.63m) tall even today – saw him shunned by both Inter and Torino, meaning he was well into his teenage years by the time he won a place in the Napoli youth sector.

Progressing through the ranks, he honed the skills he had learned on the streets of southern Italy, dancing round defenders with ease, dispatching set-pieces with aplomb and rarely playing with the same constraints as those who had spent much longer within the rigid confines of club coaching.

By the start of the 2009/10 season he was on the brink of the Napoli first team, and now Watford coach Walter Mazzarri would hand him his debut in the final moments of a win against Livorno.

Still only 19 years old and incredibly raw, the Partenopei made the decision to send him out on loan. He would make ten appearances for Cavese – who were then in the Lega Pro Prima Divisione; Italian football’s third tier – before joining Foggia where he would meet the coach who has thus far had the biggest impact upon his career. 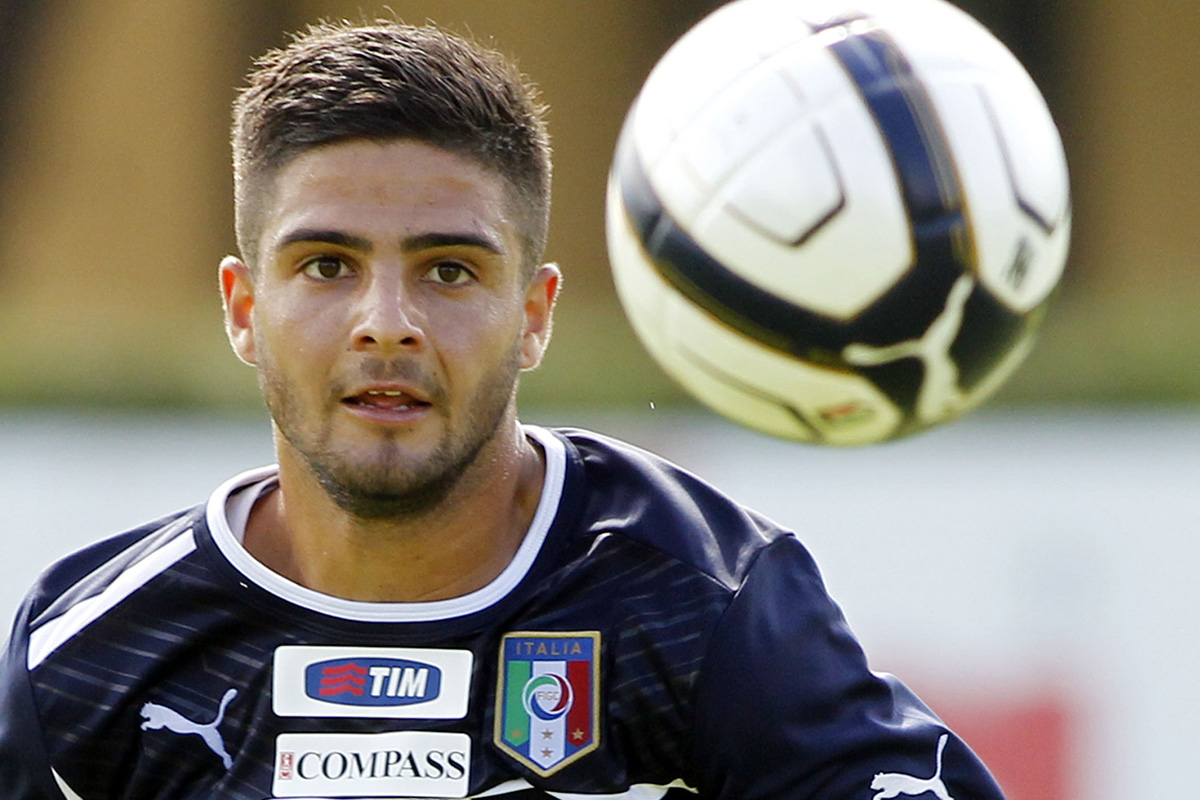 Zdenek Zeman knows a thing or two about harnessing bright attacking talent, having set Serie A alight with his ‘Foggia of Miracles' side of the early 1990s. They played with the same reckless abandon that has since become the wily Czech’s hallmark, and although there would be no fairytale ending to his second stint with the Pugliese outfit, his lessons clearly paid off for Insigne.

He scored 19 goals in 33 appearances, and when Zeman moved on to Pescara the following summer, he would once again secure the Napoli youngster on loan.

Fielding him in a side that also boasted Ciro Immobile and Marco Verratti, the Delfini took Serie B by storm. Immobile would be the division’s leading scorer, with his two team-mates providing the ammunition and helping the side earn promotion to the top flight.

Insigne’s tally of 18 goals and 14 assists came with a maturity that convinced Napoli he was finally ready to step out at the vociferous Stadio San Paolo -starved of stardust at the since the Maradona years – as the 2012/13 campaign approached. Mazzarri inexplicably overlooked him at various points, but it quickly became apparent that the versatile forward could not be left out of the side.

Arguably at his best when playing behind the strikers, he is also able to play on both wings and is now firmly ensconced in the Napoli side, current boss Maurizio Sarri trusting him far more than either Mazzarri or Rafael Benitez ever did. 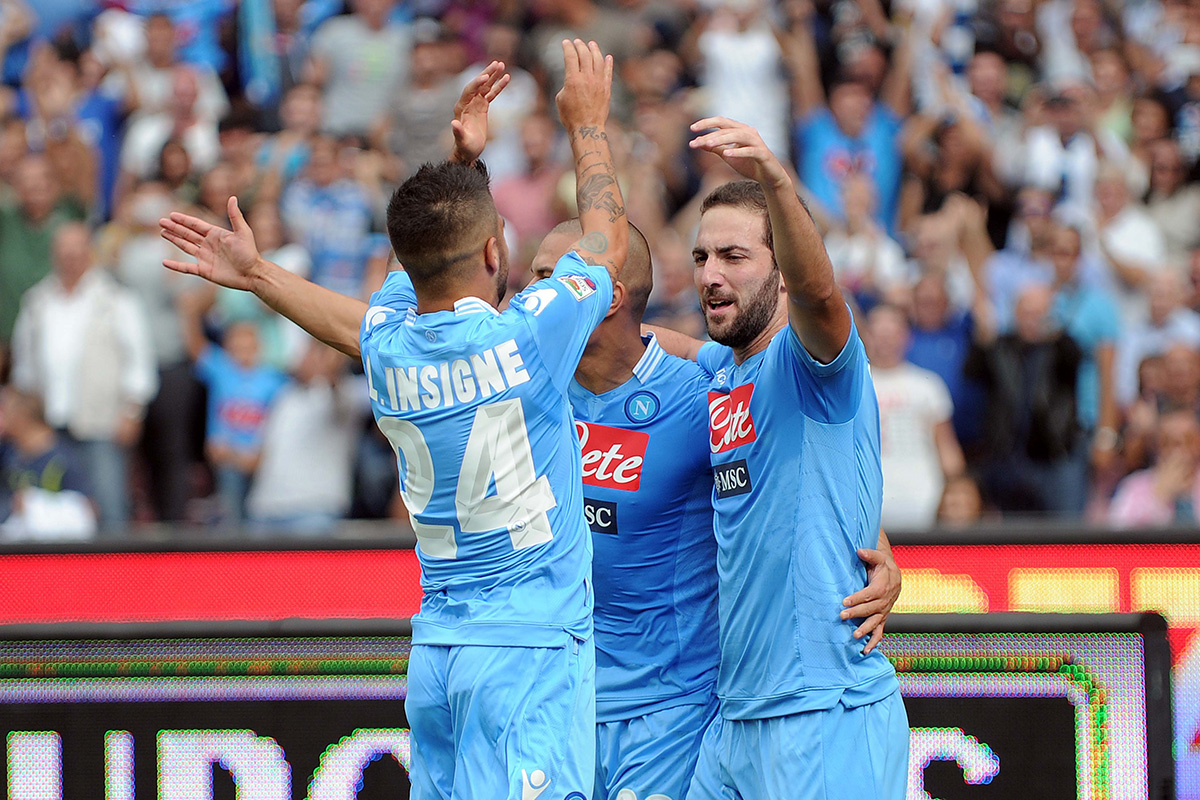 Indeed, while Gonzalo Higuain rightly stole the show last term with his record-breaking scoring streak, the team benefitted greatly from Insigne’s bursts down the flank alongside the wizardry of playmaker Marek Hamsik.

His finishing still needs some work, but his ability to take on defenders, committing them with a series of feints before bursting beyond them into the centre of the pitch, is simply a joy to behold.

On countless big occasions, it has been the 25-year-old has rescued Napoli, either with a well-timed goal or a perfectly placed pass to one of his team-mates. His dribbling is superb, routinely pulling of feats of skill that make a mockery of the fact he has been handed just twelve international caps thus far.

Yet despite continually asserting his importance to Napoli, the club appear loathed to hand him a new contract in line with what he believes is his true value to the club. “The negotiations with Napoli continue and like every important contract this process is made of a series of steps,” Insigne’s agent Antonio Ottaiano told Radio Sportiva last week, going on to explain the situation more clearly:

“It’s only natural that the proposal we received was not satisfactory, otherwise we’d be talking about a done deal. The issue is very simple. In every team there is a more important player, a symbol who shoulders the positive and also negative responsibilities of his club.

“Higuain was that player and now Napoli miss someone in that role, but Insigne could take it. Lorenzo is worth as much as Higuain, so if Napoli feel the same way they have to prove it with his contract renewal.”

The problems between the club and the city’s favourite footballing son have attracted the attention of Inter, while Arsenal are long-standing admirers of Insigne and may once again look to lure him away from the shadow of Mount Vesuvius.

“Lorenzo made a decision with his heart, but a player's professional life doesn't last forever, and when other clubs are willing to reward you financially, then you've got to get onto the market,” was the last word Otttaiano has said on the matter.

It would not be an easy or cheap deal to negotiate as Napoli owner Aurelio De Laurentiis remains a tough man to agree terms with, but he is in very real danger of losing another true gem if he lets Insigne move on this summer.