What do Tottenham Hotspur, Manchester United, Liverpool, Arsenal and Chelsea all have in common? They are the only five teams in modern football history to have won the league and cup double. Oh, and yes, if you said they (along with Everton) have also competed in every season of the Premier League you can also give yourself a pat on the back.

Yet when you compare Spurs’ achievements with those other four double-winning sides, especially over the last 25 years, they have failed to deliver the level of success a club of their size and stature should have enjoyed.

You don’t have to go back too far to remember the last time Spurs won a major trophy. In 2007-08 they beat Chelsea 2-1 after extra-time to lift the League Cup, so you could argue it’s an exaggeration to suggest the London club are experiencing a ‘long drought’ of silverware.

However, considering that since 1991 they have won just one FA Cup and two League Cups, you can’t ignore the fact Spurs have underachieved, and that the White Hart Lane faithful are certainly experiencing a drought of the biggest honours. You have to go back to the 1983-84 season and a UEFA Cup final victory against Anderlecht for anything resembling major glory. 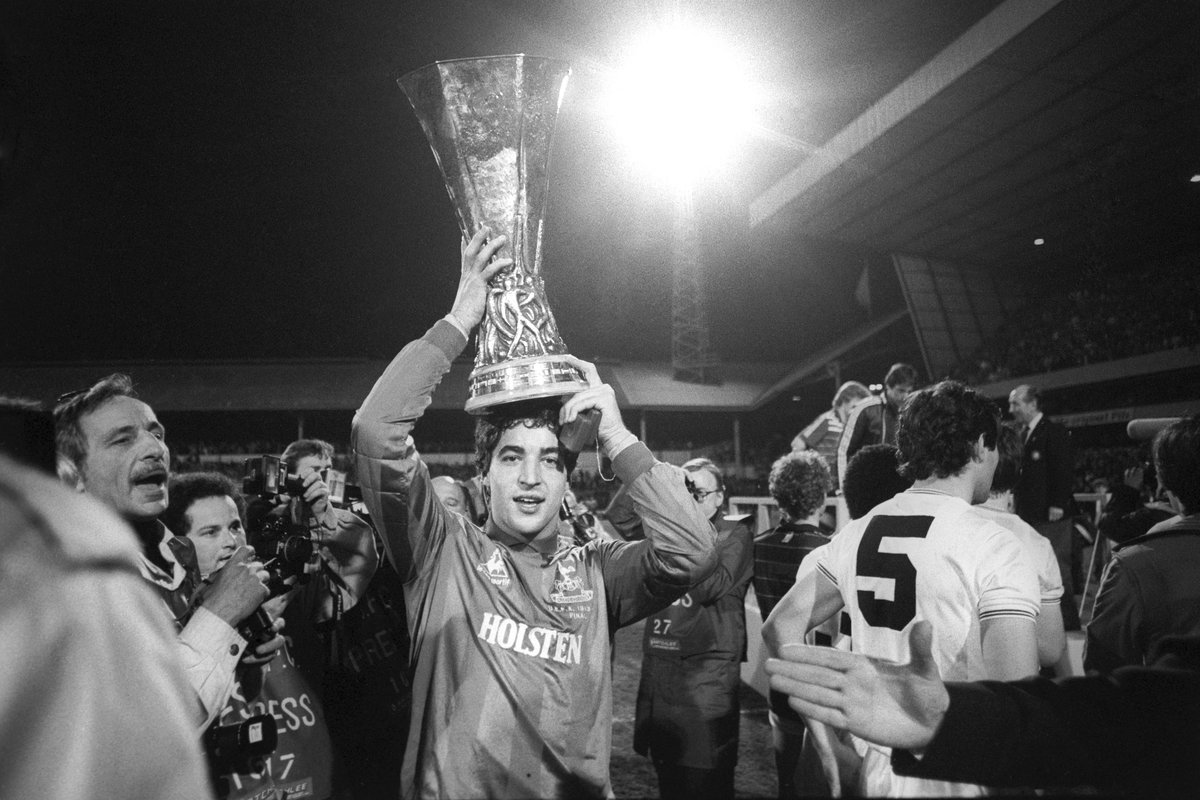 According to the latest figures, Spurs are the 10th richest club in the world, while they haven’t been lower than 14th in those standings at all in the last ten years. They’re not afraid to spend money either, shelling out over £150 million on new signings in the past three seasons, including breaking their previous transfer record with the £30 million acquisition of Moussa Sissoko this season.

Only the two Manchester clubs, Chelsea and Liverpool have spent more than Tottenham since the formation of the Premier League, and perhaps it was the weight of underachievement that contributed to Mauricio Pochettino’s men collapsing so spectacularly as they, unsuccessfully, attempted to chase down Leicester City last term.

With four games remaining Spurs trailed Claudio Ranieri’s side by 5 points but with an easier run in, with home ties against West Brom and Southampton as well as a trip to struggling Newcastle United. An away match with Chelsea looked like the most difficult but, taking into account the West London club’s problems at the time, all four games looked winnable.

Leicester had to make the trip to Stamford Bridge too, but also had the tricky task of heading to Old Trafford to play Champions’ League chasing Manchester United. The leaders would be expected to beat Swansea City and Everton at home, but Spurs knew that if they won all four of their remaining games the Foxes would need nine points to win the title due to their superior goal difference. The North London side were also hoping that the pressure may finally start to tell on Leicester’s players if they were able to keep pace.

Unfortunately for Tottenham there were no signs of nerves when they faced Swansea, dispatching them with ease 4-0 at the King Power Stadium and opening up an eight-point gap with Harry Kane and Co. playing a day later.

Things started well enough for Spurs against West Brom, pinning the visitors in their own half and taking the lead through a Dawson own goal. The home side could’ve been out of sight by half-time, hitting the woodwork twice, but Tony Pulis’ side rallied at the break, finding the equaliser and holding firm until the final whistle.

The result meant that Leicester needed just one win from their final three games to be crowned champions for the first time. 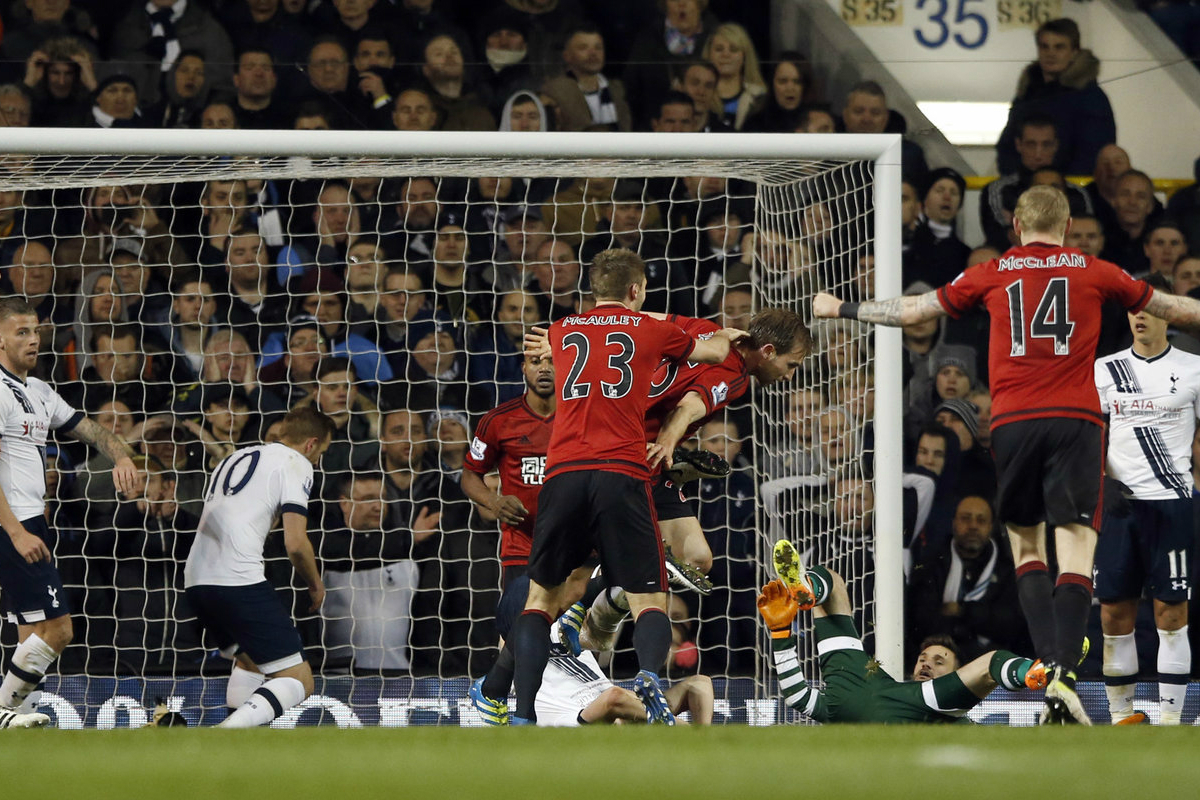 Their first opportunity was at Old Trafford the following Sunday. Louis Van Gaal’s side were desperate for all three points to keep their hunt for fourth spot alive — not to mention aghast at the thought of another club winning the trophy they consider belonging to them on their patch.

United started brightly in the face of a nervy looking Leicester, and took the lead after just eight minutes through Anthony Martial. The champions-elect roused themselves quickly however, and levelled just nine minutes later when captain Wes Morgan headed home.

Despite a late Danny Drinkwater red card, Leicester held off the Red Devils and moved to within two points of the title.

If Spurs wanted to force the race to another week they had to go to Stamford Bridge and win against a Chelsea side with nothing to play for — apart from killing off rival Tottenham’s title hopes.

The first-half went to form, with the visitors taking a 2-0 lead thanks to goals from Harry Kane and Son Heung-min, but the introduction of Eden Hazard, up to then a shadow of the player he had been the previous year, provided Chelsea with an impetus they’d lacked in the first 45.

Gary Cahill pulled a goal back on 58 minutes, before Hazard himself scored a fantastic curling effort – ironically the first goal he’d scored at the Bridge since his title-winning effort against Crystal Palace the previous year.

Tottenham had collapsed under the pressure in a way that everyone had always expected Leicester to, and the match descended into a bad-tempered affair in which the visitors racked up nine yellow cards — the most in Premier League history.

Their final two games ended in defeat, including a 5-1 drubbing at St James’ Park at the hands of already relegated Newcastle, ensuring fierce rivals Arsenal pipped them to second. 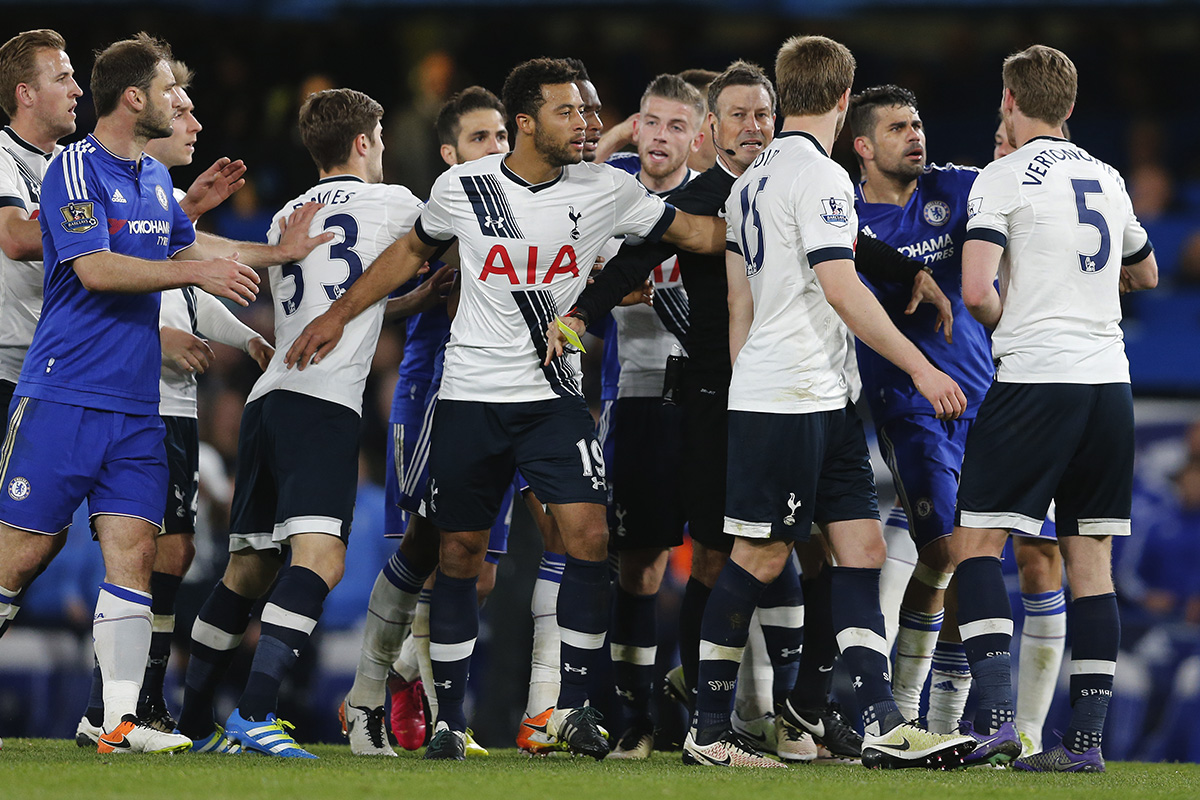 Despite Pochettino’s men falling away spectacularly in the final weeks, this was still the closest Spurs had come to winning the league since finishing as runners-up in the 1962-63 season.

Daniel Levy would have hoped to see improvement this season after spending nearly £70 million in the summer, but a disappointing start to the league campaign has left them seven points adrift of leaders Chelsea, while an early exit from the Champions’ League was also a surprise.

The side that caused so many problems for Premier League sides last year with their energy and pace seem to have lost their verve, picking up just two wins in the last seven. Considering the impressive starts made by Chelsea, Arsenal, Liverpool and Manchester City, a return to Europe’s top table next season — via the league at least — is by no means guaranteed.

At this stage it looks as though the team who last won the league when Elvis Presley was top of the charts and Harold Macmillan was in 10 Downing Street will have to wait some more.