Chelsea have long been known now for letting their young players go out on loan, gaining valuable experience and then, sadly, being sold, rather than pushed into the first-team.

Ruben Loftus-Cheek is the latest Blues player to be linked with a move away from Stamford Bridge. The Premier League champions are happy to allowed the England Under-21 international to leave on loan, but it’s unlikely a future fee would be agreed.

Newcastle United have been linked with an interest in the youngster, as Rafa Benitez looks to strengthen his side ahead of their return to the top flight.

On the surface, it’s a deal that would make sense for the North-East club, they add a talented prospect without using any of their transfer budget.

The Spaniard was apparently keen on making a deal in January, but the London club decided to keep him in the squad. Sadly, for the 21-year-old he was only handed six league appearances, everyone from the bench and featured for just 31 minutes in total.

Standing at over 191cm tall (6ft 3ins) and weighing 71kg, he’s a formidable opponent. Blessed with agility, quickness across the ground and good footwork, when he does find minutes with Chelsea, it’s almost as if they don’t know what he is or how to use him.

Able to play all the way through the middle of park, he has also featured as a No.10 and out on the wing for both Antonio Conte and Jose Mourinho.

For England’s young system he has 17 appearances, adding seven goals and four assists and Loftus-Cheek was partly responsible for the Young Lions qualifying for the recent Under-21 European Championships. Making seven appearances during the qualification process, he was unfortunate to miss the tournament due to an injury.

“Ruben’s been up with us and spent some time at St. George’s Park, he loves coming away with England and he’s devastated at missing out,” coach Aidy Boothroyd told the FA's official website.

“But he’s had an ongoing issue which has been managed and it was thought best that for his progress individually, it was important that he had a rest this time and didn’t come with us. We’re working hard with Chelsea and with him to get him back fit as soon as possible.

“We’re disappointed as well because he is a good player and a key player for us, but as he said to me, he’s looking forward to getting himself fit and coming back ready for our next campaign and that first qualifier against the Dutch in September.”

Crucial in that development will be where he plays next season. At his age, Loftus-Cheek can’t afford another season limited to the bench and if Chelsea see him as a central midfielder, the future signing of Tiemoué Bakayoko would put him further down the pecking order.

In Conte’s 3-4-3, there is no space for a No.10, which would leave him competing against Pedro and Willian for minutes down the right-flank.

Last season, as Benitez guided the Toon Army to the Sky Bet Championship, he played mostly 4-4-1-1, with a little variation of 4-2-3-1 – which is basically the same line-up depending on who starts.

“Ruben is a really good player and is an important prospect for me,” Conte told press last season. “We have to take the best decision for him and next season. He is a young player from our academy with a good prospect of becoming a Chelsea player [one day].”

Glenn Hoddle likened the youth international to former Chelsea star, Michael Ballack. “He reminds me of Ballack – physically and the way he plays,” Waddle told BT Sport. “He gets in the box and he moves well off the ball. He likes that position in behind the front player. Whether he’s going to get those opportunities I’m not sure.”

Most of his early career came through the middle but his Italian boss admitted he saw the potential for him to play further forward since he has “good technique, good personality and he is good one vs. one.”

It’s that all-round ability that has stopped him emerging as a star in any one position, but which could be very good for Newcastle next season.

If Benitez was to play the same formation, Loftus-Cheek could play either of the two centre-midfield positions and either take Jack Colback or Jonjo Shelvey’s place in rotation, or come in for Mohamed Diamé just behind the striker.

The Senegalese midfielder, in 27 starts, scored three and collected just three assists. Newcastle could do better in that role, and is definitely somewhere they could improve.

That is potentially Loftus-Cheek's best position. He can receive the ball to feet, likes to play on the half turn and has the vision, touch in possession and skill to cause problems from the edge of the box.

Due to his size, he can bulldoze past opponents, but he has great control over what he does and can jink into the box or get his head up to pick up a team-mate.

It’s hard to get an exact handle on just what he is capable of due to his lack of minutes in the Chelsea first-team, but without someone taking a chance and playing him every week, no one is going to get that clear view of just how talented he could be.

Playing for England against Norway, you can see what he can provide just behind the attack. Picking the ball up between the midfield and defence, he sees the opportunity to push forward and pressure the back-line. 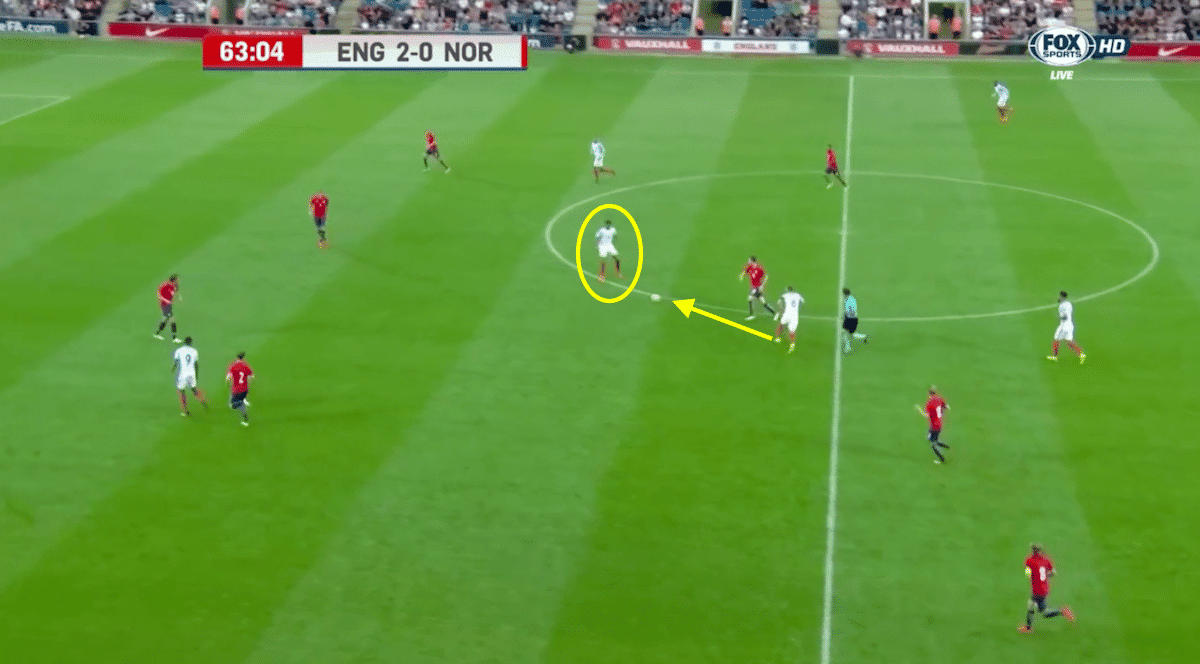 When faced with a defensive wall, he pushes the ball out wide, but follows this up with a run inside the box. 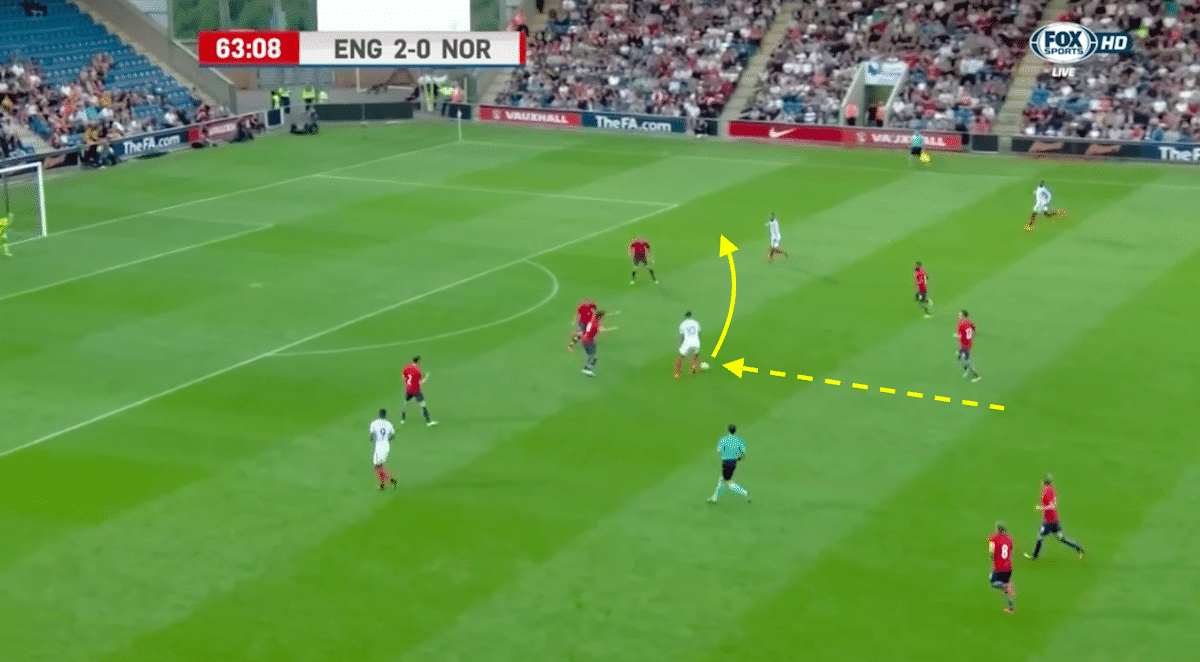 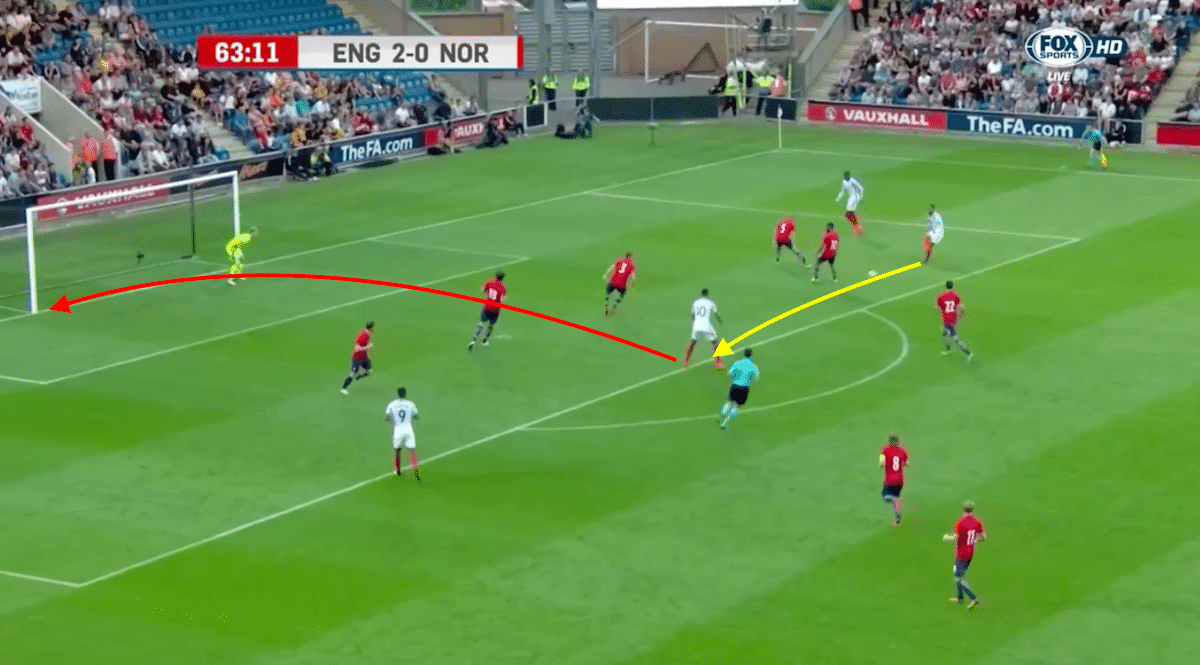 He senses where the space is being created, takes a step back towards the edge of the box, gets himself free and receives the ball before curling it past the goalkeeper into the bottom corner.

It was a lovely piece of play, showcasing his positioning, awareness, passing, movement and finishing.

You can’t teach that all-round talent and within the physical frame that Loftus-Cheek possesses, he could become a monster in the English game. 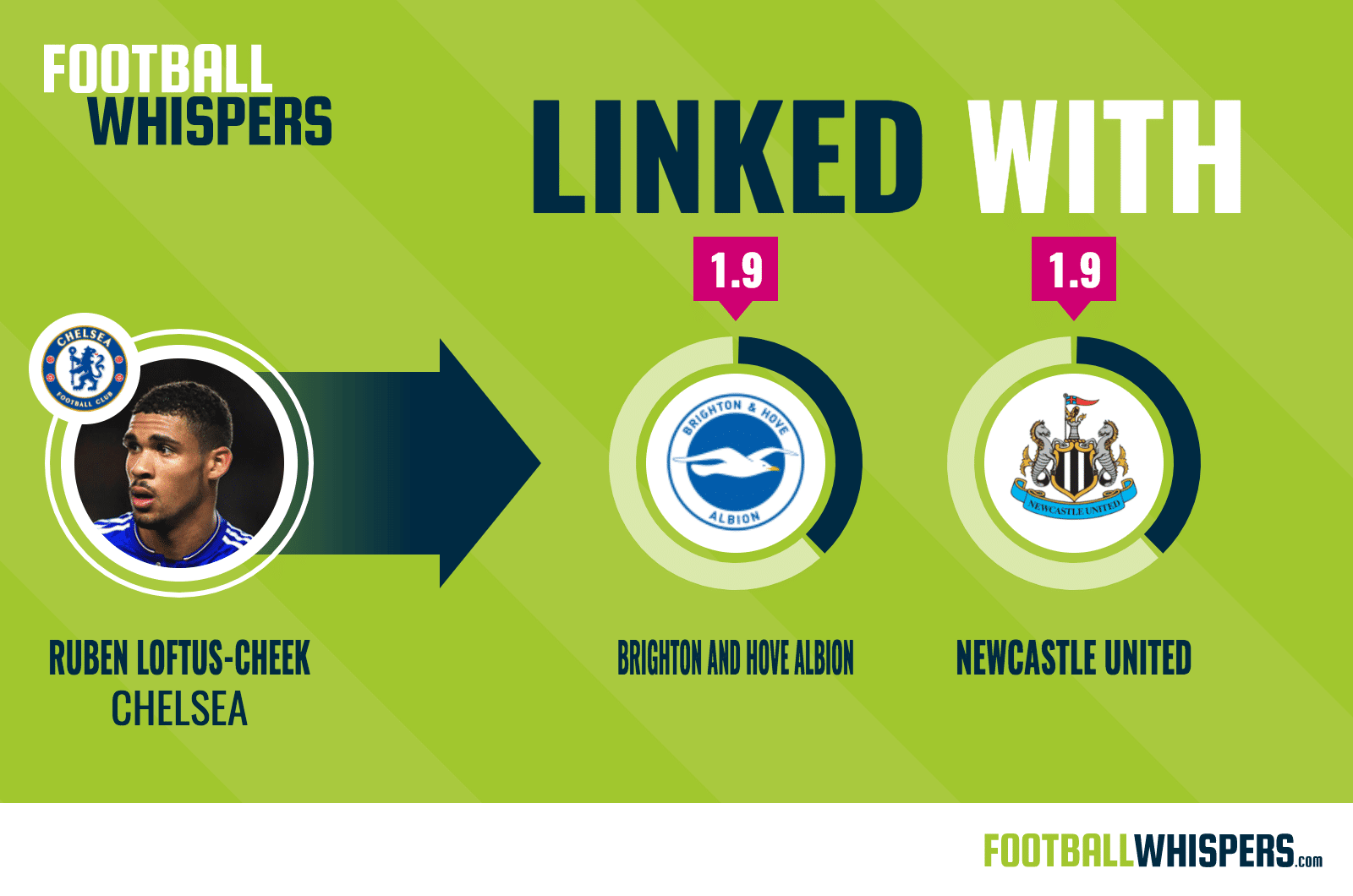 Nathan Aké is the latest player to leave after being under-utilised by Conte in the Chelsea team, joining Bournemouth this summer, after a loan spell there at the start of last season.

Loftus-Cheek will know that a success spell on loan will either lead to a chance at Stamford Bridge or increased interest and a potential permanent move.

It’s then up to the player to pick the right team.

With Newcastle United, their system, fans, stadium and system, life in the North-East could be the perfect fit.

Then it would just be up to the 21-year-old to make the most of the move and become a favourite at St James’ Park.