Livingston and Hearts go head-to-head for three points in the Premiership on Saturday, September 3rd. Livi and the Jambos clash at the Tony Macaroni Arena this weekend. Read our free predictions and find the latest odds for the fixture below in our detailed match preview.

Livingston could close to within one point of Hearts in the Premiership with a victory over the Jambos on Saturday. Read our top predictions for this weekend’s fixture below.

Livingston’s results have been hit and miss this season, but as per the norm, most of their hits have come on home soil. Livi are notoriously tough to beat at the Tony Macaroni Arena and the only teams to leave that venue with maximum points in the last ten Premiership fixtures there were Celtic and Rangers. Hearts meanwhile, have only picked up one point on their travels so far this term and their knack for dropping the ball on the road means Livingston are worth a shot in the double chance market.

Fixtures at the Tony Macaroni Arena have long been a staple for bettors on the lookout for both teams to score options for their accas and coupons, and Saturday’s game has the right ingredients to follow the trend. 11 of the last 13 Premiership matches there have produced goals at both ends, while six of Hearts’ last seven league tests on the road have also returned winning BTTS bets in a run stretching back to last season. There is more than enough to chew on here, and a stake on both teams to score is advised again.

Top Betting Odds and Stats for Livingston vs Hearts

View our list of the best stats for Saturday’s contest below alongside a tool to help you choose the juiciest odds.

Read all of the latest injury updates and team news for Saturday’s Premiership duel between Livingston and Hearts below.

Tom Parkes has a knee injury and isn't expected back until the new year, while fellow defender Jack Fitzwater is suspended. Attacker Bruce Anderson has an ankle complaint and will likely be out until later this month. Livingston could climb into the top six with a win this weekend.

Hearts have close to a clean bill of health for their trip to Livingston this weekend with defender Craig Halkett their only concern at present. Hearts have made a bright start to the new Premiership campaign, however, they have lost four of their last five matches in all competitions. 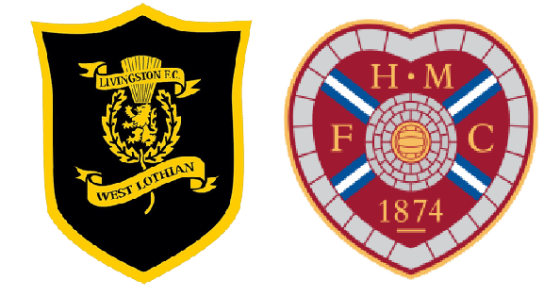 Here at Football Whispers, we’ve compiled some of the best odds for Livingston vs Hearts.

Celtic are the current leaders in the Scottish Premiership.