It seems to have taken a long time but Domagoj Vida could be heading to the Premier League this summer, largely thanks to a successful World Cup campaign with Croatia.

At 29, the centre-back is now the subject interest from England According to reports, he is an Everton, Tottenham Hotspur and Liverpool transfer target.

Vida has started all of Croatia’s games at the World Cup so far and scored his country’s second equaliser in the quarter-final clash with Russia in extra-time.

More recently, though, Vida has stolen the headlines for all the wrong reasons and could miss tonight's World Cup semi-final after a video of him shouting “Glory to Ukraine!” emerged in the build-up to the game.

FIFA outlaw political statements and this is the second time Vida has been in hot water with football's governing body after a previous clip was released which resulted in coach Ognjen Vukojević being sent home.

We've run the rule over the Beşiktaş defender to find out why he's wanted by the great and the good of the Premier League and whether he's worth the trouble.

Who is Domagoj Vida?

Vida came through the ranks of German giants Bayer Leverkusen in 2010 and made his debut for his country against Wales in May that year, coming on as a late substitute.

It wasn’t until the September, however, that he made his debut for Leverkusen in the Europa League – also a late substitute – and he would go on to make his Bundesliga debut later that season.

Vida was sold to Dinamo Zagreb in 2011 where he remained for two years, winning the title and Croatian Cup in 2012 as well as featuring in the Champions League, before heading to Ukraine with Dynamo Kiev.

In five seasons with Dynamo Kiev Vida won as many trophies, including two titles and three cups, before Beşiktaş came calling in January this year. They lost just once in the league when he played.

That form saw him included in Croatia's 23-man squad for the World Cup where he has been a mainstay for Zlatko Dalić's surprise package. 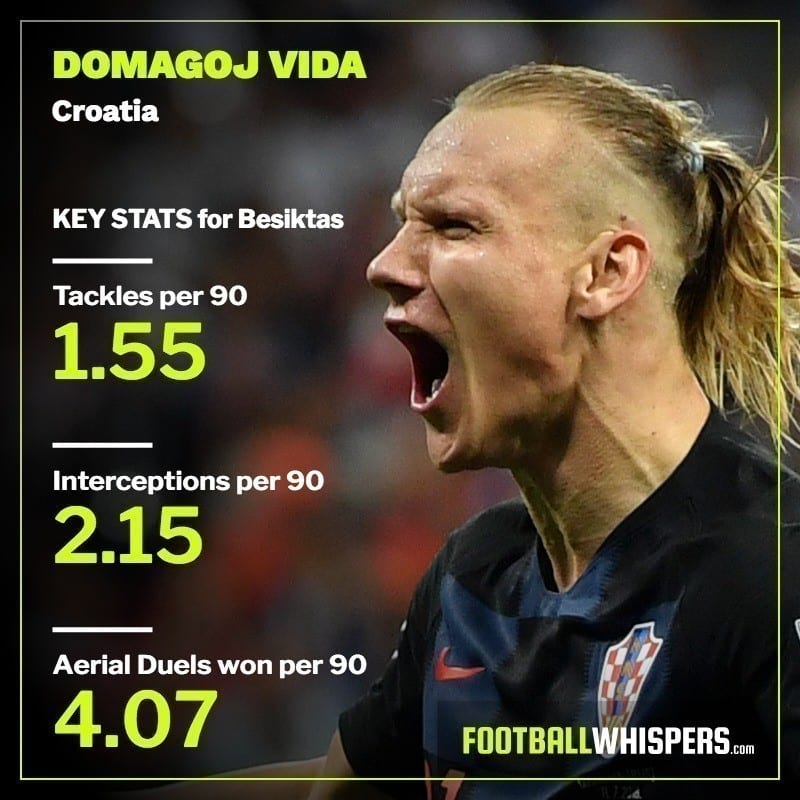 So far at the World Cup, Vida has helped  keep two clean sheets from four matches and scored once. He’s a threat from set-pieces, and has won 2.35 aerial battles per 90 minutes, as well as averaging 1.5 interceptions and 0.42 tackles for Dalić's side.

However, you can get a better idea of what he could produce over the course of a season from his six months at Beşiktaş. Most impressively, he ranks fourth among Turkish Süper Lig centre-backs for aerial duels won (4.07 per 90) and is 12th for interceptions (2.15) and 16th for tackles (1.55).

Every bit as important if he is to move to the Premier League – Liverpool and Spurs in particular – is his ability on the ball. With 46.25 accurate passes per 90 last term he was the eighth most-accurate user of the ball among Süper Lig centre-backs. He also ranked eighth for forward passes (22.76). 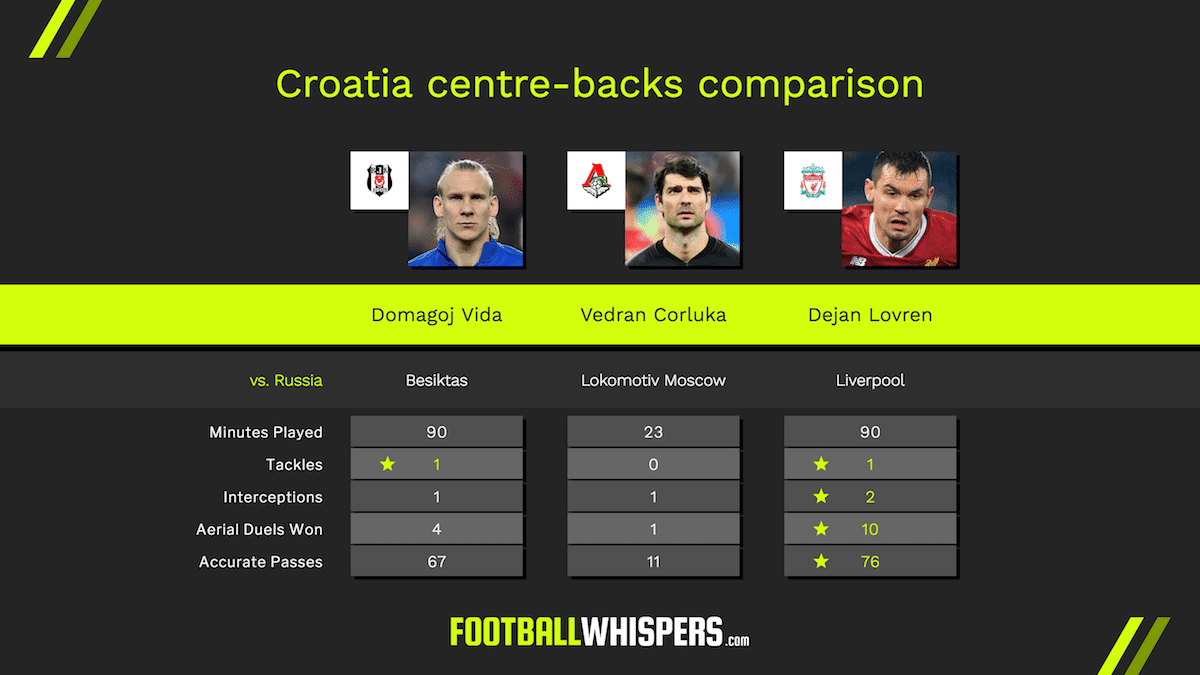 How much would Vida cost?

Like many others on show at the World Cup, Vida's price will have risen quite considerably thanks to his exploits in Russia.

Before the World Cup, Vida was hardly a household name and his price tag would have been in the region of £8-10million. Now, it’s doubled and clubs are likely to pay up to £20million for his services.

Tottenham have reportedly put in an offer of £16million, while Liverpool are rumoured to be pushing for £18million.

Vida is believed to earn £2.6million per year in Turkey, which is around £50,000 a week, and falls easily into those clubs’ wage structure.

Naturally, the most enticing option for Vida would be one of Liverpool or Tottenham with both offering Champions League football next season. The flip side of that, though, is that he might not be considered an automatic pick for either.

Reds boss Jürgen Klopp seems more concerned with tweaking the top end of his side and although supporters have reservations about the suitability of Vida's countryman, Dejan Lovren, alongside £75million man Virgil van Dijk, the German has put his faith in the under-fire defender.

Perhaps, given Vida will expect to play week in week out at 29, Everton offer the best option for the Croatian. The Toffees went big on Michael Keane last summer but the former Burnley centre-back has struggled alongside the ageing Phil Jagielka (35) and Ashley Williams (33).