Liverpool are currently on a six-game unbeaten run. Their response to the 4-1 defeat to Tottenham Hotspur back in October has been positive; they're just two points off of fourth and they top their Champions League group.

However, the vibe on Merseyside isn't one you would expect. Fingers have been pointed at manager Jürgen Klopp after the Reds failed to keep hold of the lead in matches against Sevilla and Chelsea, conceding late goals in both matches to turn wins into draws.

Individuals have been criticised with Alberto Moreno copping the majority of the flack for the capitulation against the Spaniards in the Champions League. The left-back had a rocky 20 minutes at the start of the second half and the home side capitalised on this to claw two goals back.

Captain Jordan Henderson has also been at the centre of the fan's ire for continuously leaving the defence exposed. The Liverpool faithful are used to seeing their skippers influence games in a positive manner.

Steven Gerrard was forever grabbing the game by the scruff of the neck, Jamie Carragher did his best impression of a fan on the pitch and Robbie Fowler would find the back of the net to lead by example.

Yet Henderson, despite seeing a lot of the ball due to the position he's playing in, tends to be on the periphery of matches.

It's a concern, no doubt, but the biggest issue for the Reds over recent matches isn't their captain, it's the performances of Philippe Coutinho. The maestro scored in the 3-0 win over Southampton.

Though he started in a midfield three alongside Henderson and Gini Wijnaldum he would push on to join Mohamed Salah, Roberto Firmino and Sadio Mané in the Liverpool attack to make it a quartet.

Against the Saints this was fine. They failed to attack their hosts so the midfield two of Wijnaldum and Henderson was enough to control the middle third.

Sevilla, however, had a lot of joy in the space Coutinho often vacated. It resulted in the Liverpool midfield having a lot more to do and a lot more ground to cover. It was a similar story against Chelsea with Daniel Drinkwater continuously running off Coutinho and into dangerous areas.

The midfield maestro seemed disinterested in what was going on behind him and had it not been for Moreno and a few overhit passes, Chelsea could've walked away from Anfield with all three points.

Of course, the Reds won't be up against the likes of Chelsea every single week, teams with real quality throughout, so Coutinho not being defensively switched on isn't a major concern. But Drinkwater isn't known to be an offensive threat yet there he was finding himself in dangerous areas on a regular basis in the opening 45 minutes.

Teams with more attack minded box-to-box midfielders could cause Klopp and his teams problems if Coutinho continues to to neglect his defensive duties.

Against the Premier League champions, Coutinho was deployed on the left of a midfield three. Henderson anchored the midfield and James Milner played on the right side of the three. The Brazilian was allowed to join the attack but he had to be diligent defensively.

On the day he attempted five tackles but won only one of them, one more than he achieved against Sevilla. However, it was his off the ball movement, something you can't quantify, which was glaringly bad and continuously exploited. 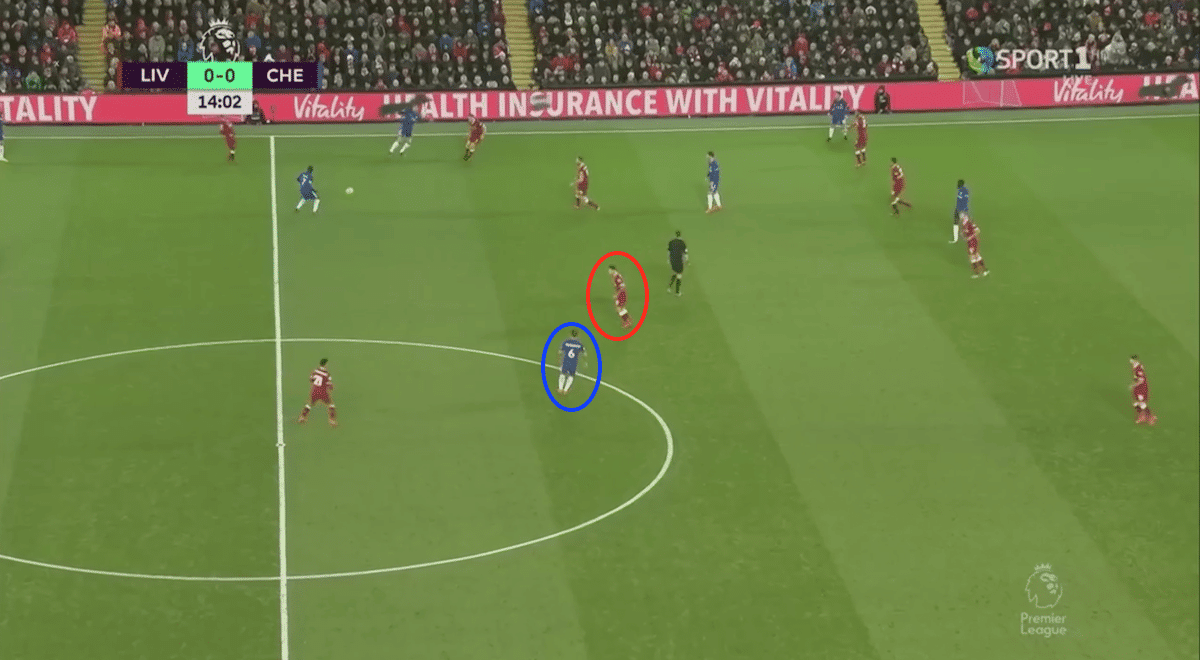 In the picture above you see the ball played to N'Golo Kanté. The Frenchman isn't renowned for his ability on the ball but he can still pick out a pass. The first issue here is the fact he's allowed time and space to compose himself and play a pass. Could Salah do better pressing him? It's usually a part of the pitch you'd find Firmino but he didn't start.

Another problem is the fact Liverpool are playing a high line. The only way to beat such a line is by timing your runs well. The logical way to nullify this threat is by tracking runs. 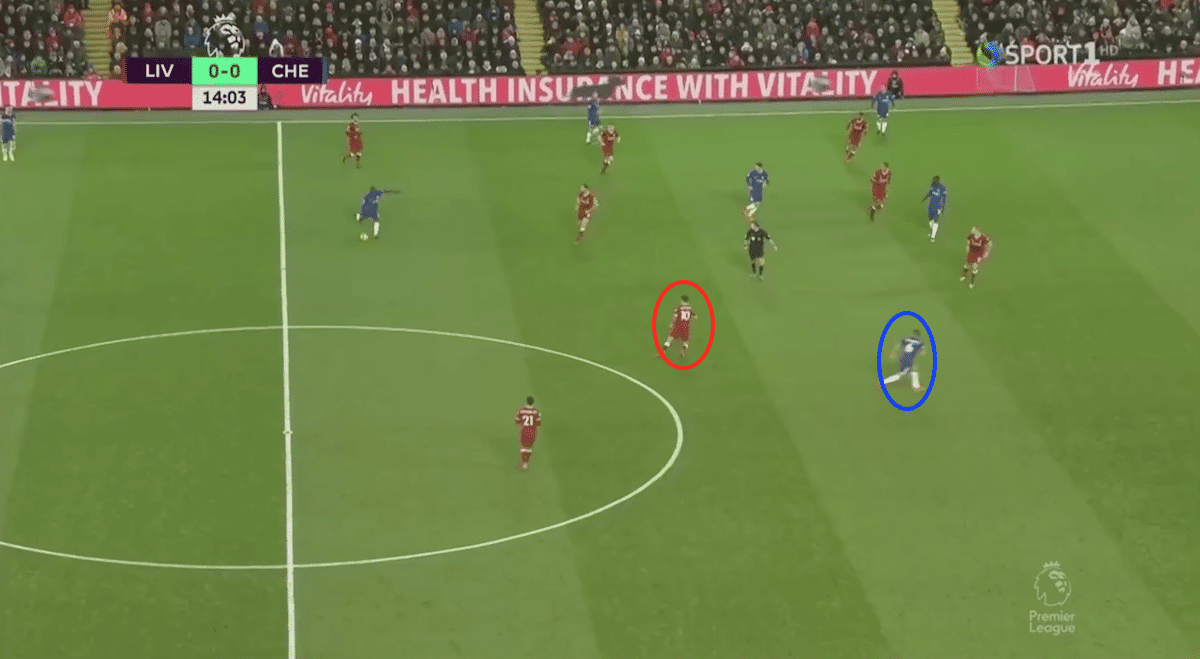 You then see the positions of Coutinho and Drinkwater as Kanté plays his pass. The Chelsea man is already in space and Coutinho has made no attempt to track. Moreno is slightly off screen because he has to position himself to cover the pass to Davide Zappacosta on the far right as well as being in a position to stop Drinkwater. He's doing two jobs.

What's worse though is the fact Coutinho is pressing the ball or cutting off a passing lane. It was a theme throughout. 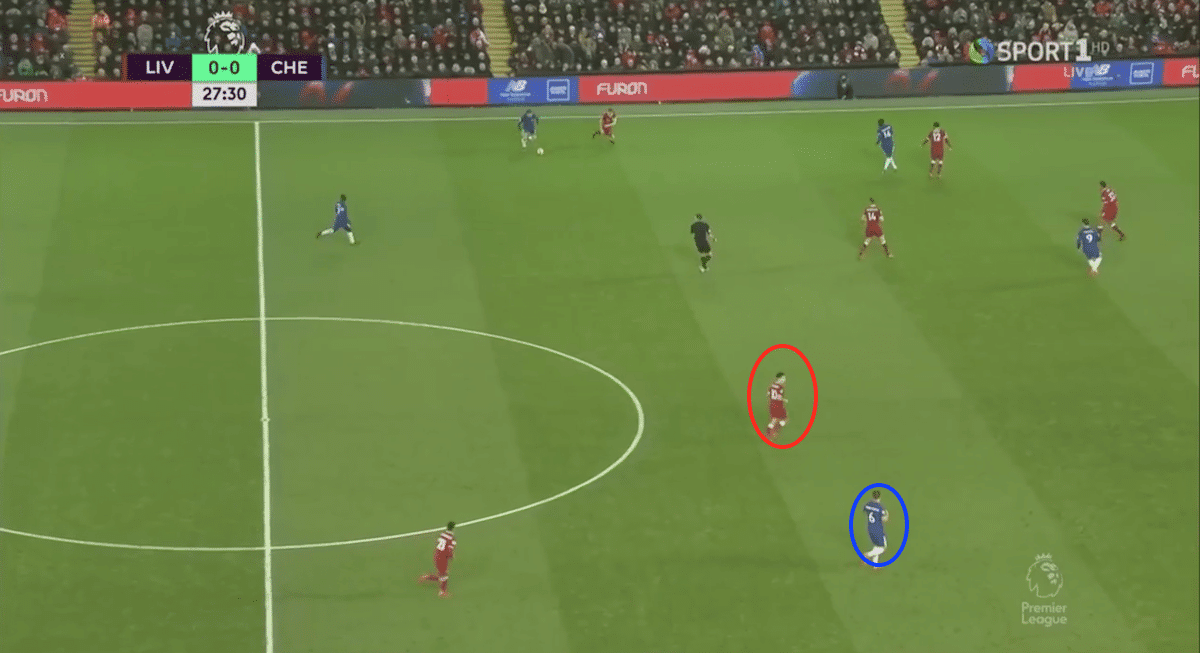 Here we see Coutinho looking at Drinkwater as he matches his jog into the Liverpool defensive third. Kanté, again, has been afforded a lot of space to pick out a pass. 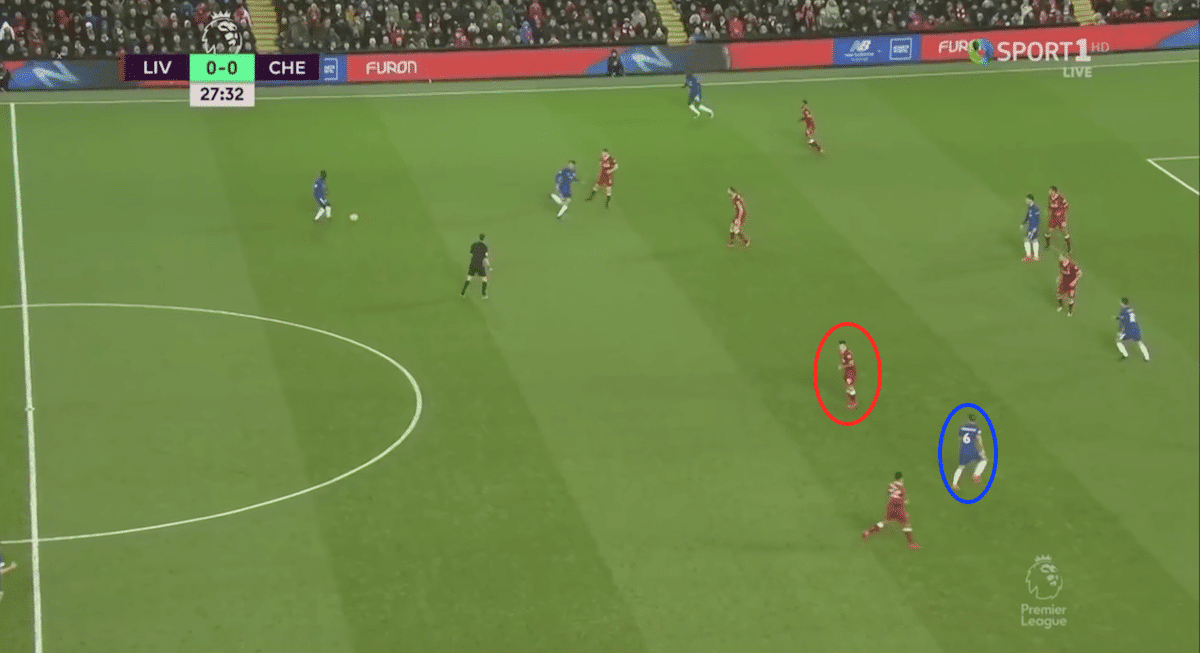 Play continues and you again see Coutinho looking at Drinkwater but this time he makes no attempt to track him. For extra context here, Zappacosta and Moreno are just off of the screen meaning all four Liverpool defenders are occupied by Chelsea players.

Coutinho, operating as a centre-midfielder and having no players ahead of him to shut down, should ideally track Drinkwater. But he doesn't. 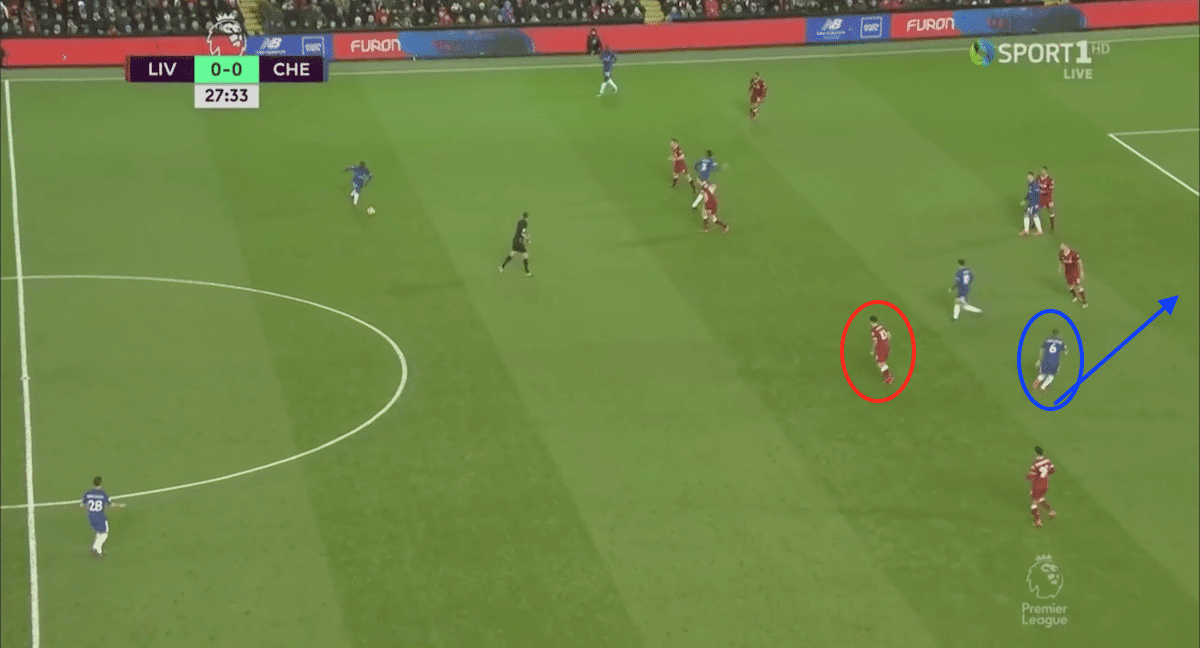 Instead the Chelsea man is allowed to run relatively free into the penalty area and Moreno is once again left to do two jobs with both Drinkwater and Zappacosta getting behind the Liverpool defence.

If the ball from Kanté was better Liverpool would've been in trouble. Instead the former Leicester City man played in between the pair of them and neither could get on the end of it.

It's alarming to see Liverpool have eight outfield players behind the ball yet look as stretched as they do. No pressure on the man in possession and nobody tracking the runs.

Klopp has a bit of a situation right now. Coutinho should be a guaranteed starter for Liverpool but his performances in the midfield don't warrant that. Midfielders have to do a job at both ends of the pitch these days and he's only pulling his weight going forward.

If the Liverpool manager wanted to solidify the midfield then Coutinho would have to be moved further forward, but does he start ahead of Mané, the man currently occupying the position the Liverpool No.10 played last season?

With Mané the Reds look completely different and not in a good way. If Klopp was naming his best XI then the front three picks itself; Firmino and Salah would join the Senegalese speedster in the final third.

Of course, Liverpool will need to rotate over the coming months and he will get minutes but Coutinho, who wasn't allowed to leave the club during the summer, won't be best pleased if he's sat on the substitutes bench. Can they afford to shoehorn him into a midfield role though if he's not doing his defensive jobs? It's a conundrum for Klopp to solve.