Liverpool's transfer window appeared to be reaching boiling point recently after bubbling away gently for a number of months.

Naby Keïta's lunge on teammate Diego Demme brought an RB Leipzig training session to a premature end as the box-to-box midfielder agitated for a move to Anfield amid reports the Reds were set to bid a third time for his services.

That, coupled with Ralf Ragnick's offensive comments, resulted in many believing a deal would be struck sooner rather than later.

Virgil van Dijk, another top summer target, was left behind in England as Mauricio Pellogrino took his Saints side on a pre-season tour of France. The move came after the Dutchman told his new manager he wanted to leave the club.

RB Leipzig Manager Ralph Hasenhüttl on The… by FootballWhispers

And while van Dijk has now handed in a transfer request in an attempt to push through a move, reports have emerged to suggest Southampton will reject any Liverpool bid and give the former Celtic defender an ultimatum; it's us or Chelsea.

So, the Reds are yet to land their top two transfer targets and could well lose who many consider to be their best player. Barcelona are against the clock as they look to replace Neymar and reaffirm their position as a market leader following on from Paris Saint-Germain rather publicly pulling their pants down.

The Spanish media all claim Philippe Coutinho, along with Borussia Dortmund's Ousmane Dembélé, are their two prime targets. Liverpool are adamant they won't part with their Brazilian maestro but the player wants the move.

The more desperate he becomes to see his boyhood dream become a reality the more chance of him leaving, even if manager Jürgen Klopp wishes to keep him.

The Ziyech to Liverpool link

A window which appeared to be well under control could now become somewhat of a scramble. Recent links to Ajax midfielder Hakim Ziyech won't quell the fears that Coutinho could be heading to Spain either.

However, despite the Moroccan midfielder sharing traits with the Brazilian playmaker he may arrive on Merseyside to supplement him and not replace him.

With Adam Lallana ruled out for a number of months, Liverpool could well view Ziyech as a player to fill the void in the squad left by the 29-year-old former Southampton man.

Klopp is thought to be a long-term admirer of the ex-FC Twente dictator and Dortmund scouted him back in 2014 according to reports.

Les Lions de L’Atlas claim Liverpool have sent representatives to hold talks to sign Ziyech. But, according to De Telegraaf, the Reds are yet to make a formal approach for the Morocco international.

It has also been claimed that Ajax are not prepared to part with their star asset and Liverpool will be forced to look elsewhere should they step up their interest.

Ajax may have already lost Davy Klaassen this summer and Kasper Dolberg could well depart before the window comes to a close, with Monaco said to be keen on the Dane if Real Madrid transfer target Kylian Mbappé leaves the club.

The Dutch giants, however, aren't in a position to be turning down big offers. The Eredivisie is a million miles away from the riches of the Premier League meaning there's plenty of value for money options for English clubs used to paying tens of millions.

Ziyech arrived in Amsterdam last summer for a fee of just under £10million and they could comfortably double this fee if they sold him now.

Can the 24-year-old replace Lallana in the squad for the short-term and rival him for a start in the long-term? 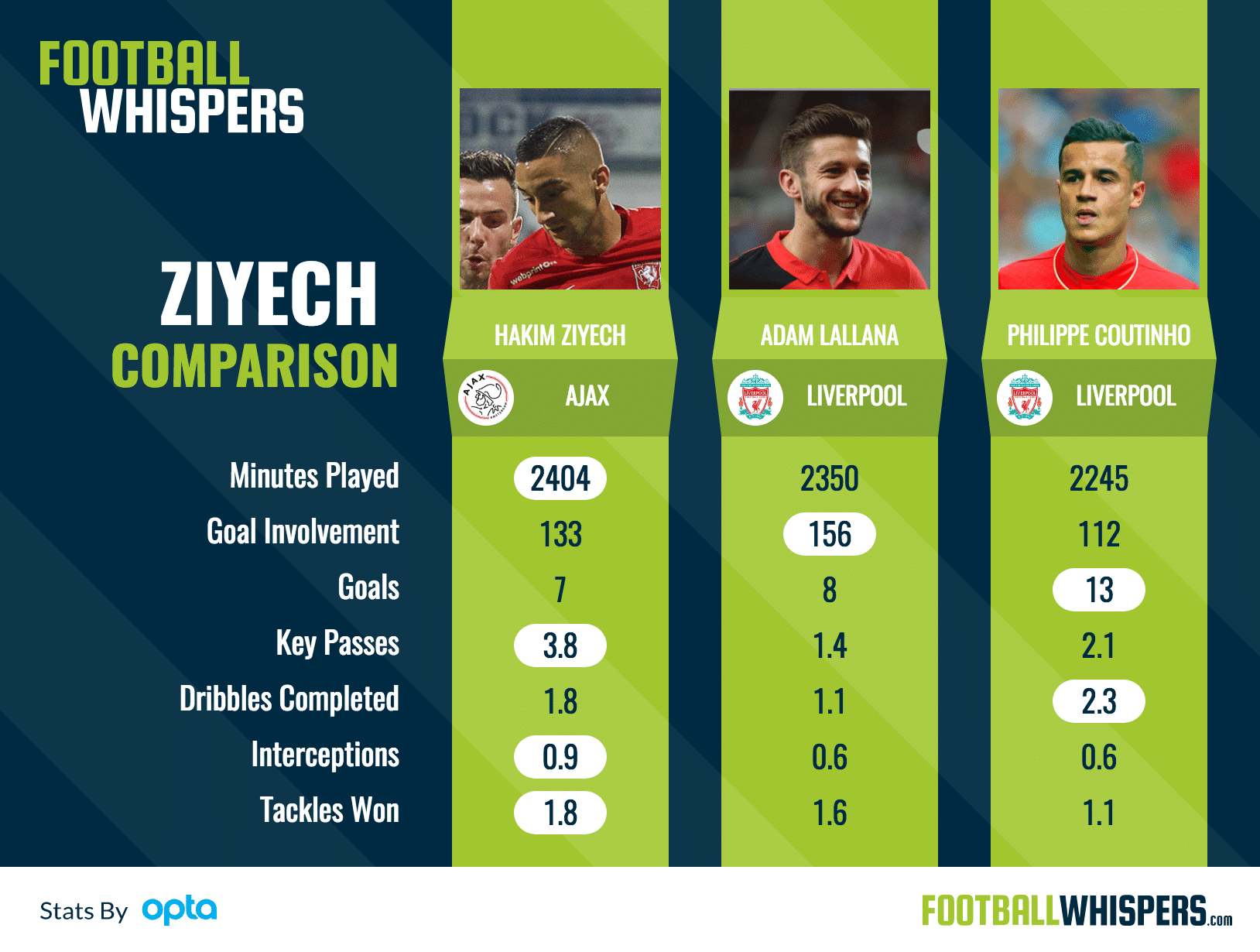 Last season Lallana was shifted into a deeper role and he impressed. His ability to play in tight spaces, time his runs into the penalty area and take members of the opposition out of the game by carrying the ball forward helped the Reds blitz the Premier League early on.

Ziyech has the same technical ability and could have a similar impact from a deeper area. He's more creative than Lallana but perhaps not as robust. He would need time to adapt to the rigours of the Premier League but when fully acclimatised he could be destructive in a creative role.

During the 2016/17 campaign, Ziyech averaged more key passes per 90 minutes than Coutinho and Lallana combined. His wand of a left foot coupled with his vision allows him to pick out defence-splitting passes on a frequent basis.

He completed more dribbles than Lallana as well as making more interceptions, more tackles and being involved in goals on a more regular basis.

Despite Lallana's upturn in form under Klopp there can still be times he looks slow on the ball and he kills the attacks. With the likes of Sadio Mané and Mohamed Salah playing on the shoulder of the last man, next season the release of the ball will have to be quick in order to make the most of their electric pace.

Ziyech would assist in that. 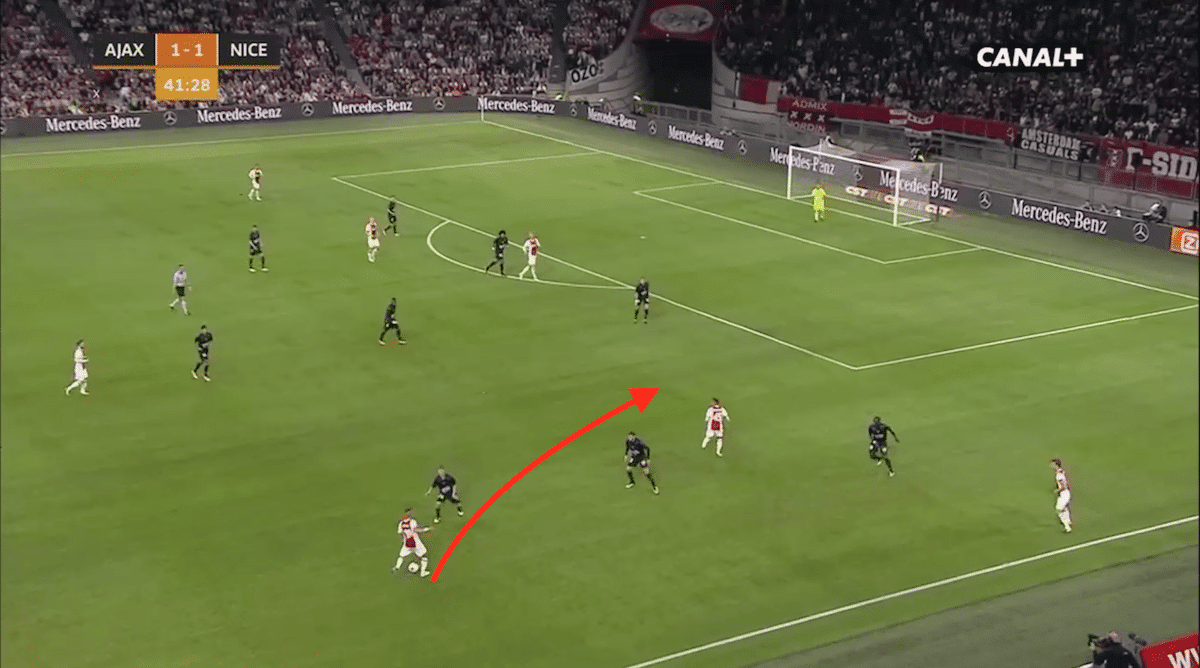 In the picture above you see how forward thinking he is. The pass Ziyech opts for isn't an easy one and could easily be cut out. The Nice players have positioned themselves well to cut out the obvious and easy passing lanes and many in this scenario go backwards and look to work an opening.

Not Ziyech though, who threads a pass through the two Nice players and gets the Ajax man in behind.

Poor control from the man receiving the ball stops the attack dead but it's a pass which potentially carves something out of nothing with Ajax having four players against the three Nice defenders after getting in behind the midfield. 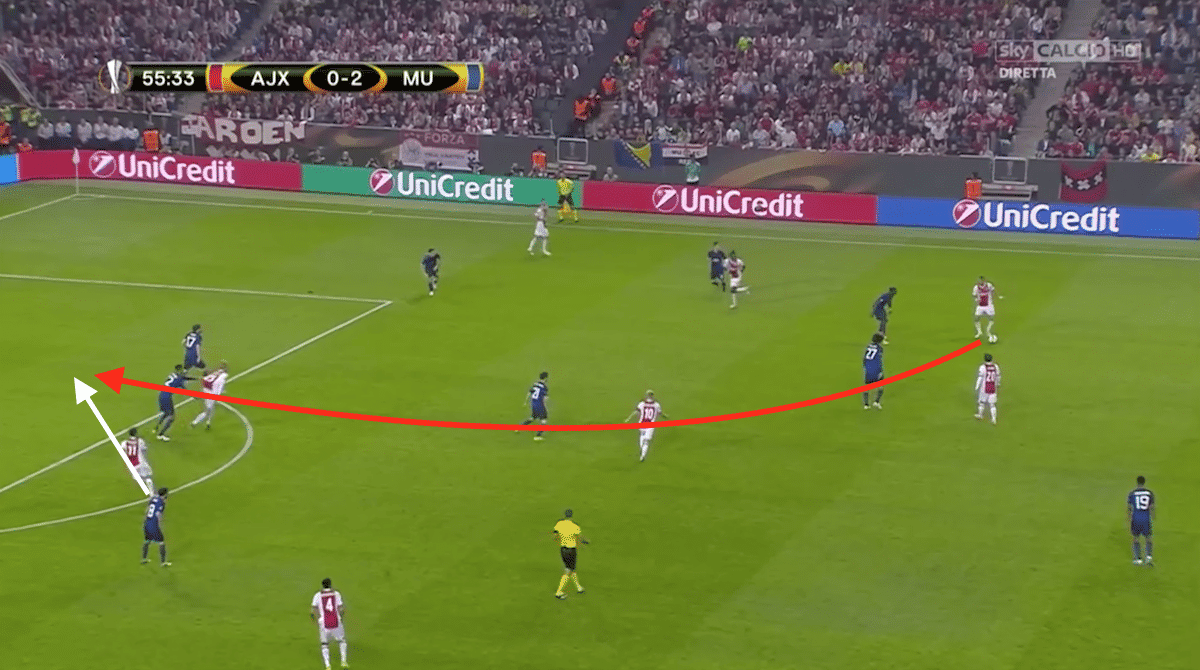 Again, there is no easy pass but he bides his time before lofting a delicately chipped ball over the top and into the path of the man darting into the penalty area. It's perfectly weighted but unfortunately it's not capitalised on.

Fear not Liverpool fans, the potential arrival of Ziyech doesn't mean Coutinho is leaving. It could well just be Klopp bolstering his attacking options ahead of assault on all fronts this season.