Liverpool look to recover from a disappointing draw last time out against Leeds, as Klopp's men prepare to take on Newcastle on Saturday. Newcastle took an extra step towards safety with a 3-2 win against West Ham but a win against Liverpool would do them the world of good as it would take the Magpies on 39pts with just five games of the season remaining.

Read on for our full match preview and prediction for Liverpool vs Newcastle in the Premier League.

While these two teams played out a goalless draw in December, three of their last four head-to-heads have seen both teams score and we don't expect either side to keep a clean sheet this weekend either. Three of Liverpool's last five matches and four of Newcastle's last five fixtures have also ended with both teams getting on the scoreboard.

Over 2.5 goals have been produced in four of the last five encounters between Liverpool and Newcastle, so there is a history of goals in this fixture. Three of Liverpool's last five outings and each of Newcastle's last four fixtures have also featured at least three goals, so there is plenty of weight behind our prediction.

Sadio Mane ended his goal drought on Monday night against Leeds, taking his tally to 8-goals in the Premier League this season. Mane has never scored below double figures in a Premier League campaign for Liverpool and now that he is back amongst the goals we expect the Senegal forward to add further goals in the next few weeks. Mane has also scored 4-goals in the last six meetings between Liverpool and Newcastle, so he enjoys playing against the men in black and white.

Can Newcastle secure a positive result against a Liverpool side they so often struggle against?

Liverpool remain in the hunt for a top-four finish this season but let themselves down somewhat last time out against Leeds. The Reds had the chance to move above Chelsea and level on points with West Ham but had to settle for a draw instead. It will be interesting to see Liverpool's reaction to all of the fallout following the announcement of a new European Super League, which has been almost entirely criticised across the board. Liverpool have an excellent recent record against Newcastle and will need to keep that up if they don't want to fall behind in the race for the Champions League places. Henderson, Matip, Gomez, Phillips and van Dijk will miss this weekend's game through injury, but Jones could make his return.

Newcastle have a number of injury concerns of their own with Lascelles, Fraser, Schar and Hayden all being ruled out, but Saint-Maximin could play which will be a huge boost for the visitors. The Magpies are now unbeaten in their last three matches, picking up wins against West Ham and Burnley while drawing with Spurs, and would probably settle for a point from their trip to Anfield. Newcastle aren't too far away from safety now but can't afford to rest on their lorels just yet. 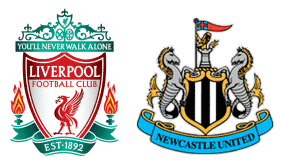