Liverpool remain on course for an unprecedented quadruple after their FA Cup semi-final win over Man City at the weekend. Can they now beat the red half of Manchester to keep the heat up at the top of the table? Find out with our Liverpool vs Man Utd match preview with free tips, predictions and odds mentioned along the way.

You won't find many neutrals who don't fancy Liverpool to win this game and we can't find any reason to disagree with that stance; they're simply far better than Man United right now. On top of that subjective view, Liverpool are unbeaten in eight games having won six and drawn two whilst Man United have won just two of their last eight matches; of those eight, they've drawn three and lost three. As for the head to head record, Liverpool have won the last two clashes by a combined score line of 9-2 and have lost just once in nine meetings dating back to 2018. They have won five of those games – all by more than just the solitary goal.

We've already touched on recent head to head results with the combined 9-2 score; that's obviously a hefty wedge north of 2.5 goals. It's not just in head to head terms where the over 2.5 goals bet looks good though. Each of Liverpool's last four matches have gone north of that threshold whilst Man United have seen over 2.5 goals in three of their last five Premier League matches.

Liverpool vs Man Utd: Let's look at the predicted lineups

This game will always have a fire attached to it owing to the historic rivalry but it's getting to the stage where Liverpool don't remotely fear Man United. Can the Red Devils derail their Scouse rivals quadruple bid to reignite some of that fear factor?

Liverpool have been terrific of late and remain on track to win all four trophies available to them. The fact they can edge closer to that goal here against their out of sort rivals will make it all the sweeter. The games might be coming thick and fast but Jurgen Klopp will go strong again here without a doubt.

Man United just about overcame Norwich at the weekend courtesy of a Cristiano Ronaldo hat trick. It's barley papering over the cracks of what has been a woeful spell though. A trip to Anfield at this stage of the campaign could be a disaster. Equally, a win would make it an almighty silver lining.

A quickfire FAQ on Liverpool vs Man Utd 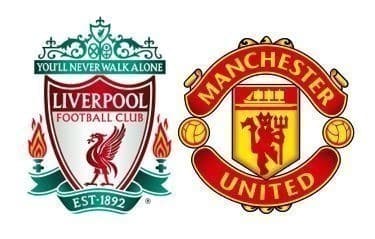