These two played out a blinding 2-2 draw in the Premier League last weekend but this showdown is for a spot in the FA Cup final. Who will win? Find out with our Man City vs Liverpool match preview with free tips, predictions and odds mentioned along the way.

Liverpool to win it

These big games so often come down to small margins and with little to choose between the sides we are backing Liverpool to edge it? Why? Well, as we say, both are in similar form with three wins and two draws from their respective last five games but Man City have endured a much tougher week than the Reds. Whilst Liverpool could only draw with Benfica the game was a good footballing spectacle played in England. Man City had to travel to Spain and spend 90 minutes going at it with a physical Atletico Madrid side. That may well take its toll on City with such a quick turnaround.

Our second prediction for Man City vs Liverpool is that we will see both teams score. Last weekend proved that these teams will both go for it when they lock horns and the larger picture provides evidence of that as well. Not only are the two sides the most lethal in the Premier League with 151 goals scored between them but each of the last four head to head meetings have seen goals at both ends. There is no reason to expect anything different here.

Man City vs Liverpool: Let's look at the predicted lineups

Liverpool are on track for an unprecedented quadruple whilst Man City could win a famous treble. Whose dream will remain alive come full time in this game? Somethings got to give.

Man City are known for their free flowing football but they showed a different side to them in the week as they faced a rough challenge from Atletico Madrid. They came through it but at what cost? Expect a few changes in the XI with Walker, Dias and De Bruyne all doubts. Foden is another that might need a late assessment.

Liverpool played out a rather bonkers 3-3 draw in the week but, ultimately, they ease through to the semi-final of the Champions League. The Reds will be buzzing with that and, after last week, will know City are beatable if they turn up – as the second half last week proved.

A quickfire FAQ on Man City vs Liverpool 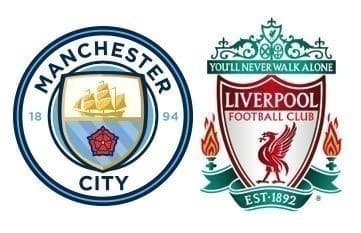