Fourth entertain fifth in Saturday's late kick-off in the Premier League. Liverpool sit 2pts clear of their guests Arsenal but Arteta's side have found their form in recent weeks and we expect this to be a really entertaining 90-minutes of football.

Here are our predictions for Liverpool vs Arsenal.

We're expecting both teams to score in this game as has been the case in four of their last six competitive and non-competitive encounters against one another. Three of Liverpool's last six matches in all competitions have produced goals at both ends of the pitch, which includes their last two outings in the Premier League. Arsenal have found the back of the net in each of their last five matches in league and cup, so you can see why we're not backing either side to keep a clean sheet this weekend.

Salah top scores in the Premier League as things stand with 10-goals, so why wouldn't we back the Egyptian international to score in a home game against Arsenal? Salah has four more goals in the league than teammate Mane who could miss the game through injury, while their next top goalscorer Firmino is confirmed injured.

Aubameyand has an eye for goal even when he plays off the left instead of down the centre of Arsenal's attack and we're backing the former Dortmund striker to score his 5th league goal of the campaign against Liverpool this weekend. Aubameyang was on target for Gabon last week and has scored in two of his last three outings in the Premier League.

Everything you need to know about Liverpool vs Arsenal

Arsenal could leapfrog Liverpool with a win at Anfield

A trip to West Ham was always going to prove tricky for Liverpool but the Reds still went into the game as the favourites to win. However, an own goal from Alisson set the tone of the afternoon despite the fact that Alexander-Arnold equalised just minutes before the half-time interval. West Ham scored twice in the second forty-five to make it 3-1 and although Origi managed to pull a goal back 7-minutes from time, Liverpool were unable to carve out an equaliser.

Arsenal arrived in their game at home to Watford in good form and would have expected to win the game with relative ease. However, Smith-Rowe scored the games only goal 11-minutes into the second-half and while the victory could have been more convincing, all that mattered were the 3pts.

Arsenal: Granit Xhaka and Sead Kolasinac will miss the trip to Merseyside, while Folarin Balogun and Thomas Partey will have to pass late fitness tests. 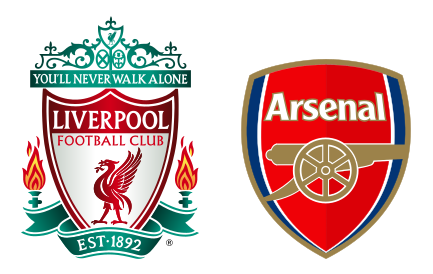