2007 Champions League finalists, Liverpool and AC Milan lock horns in the first round of fixtures of the group stage. AC Milan won that 2007 final but Liverpool have beaten AC Milan twice since then in pre-season friendlies and head into Wednesday's clash as the clear favourites to win.

Liverpool have won three of their last four competitive and non-competitive encounters with AC Milan. The hosts have started the new season well, winning three of their opening four league games and continue to look very strong in their own backyard.

We're predicting goals in this game for both teams as Liverpool and AC Milan have each made excellent starts to the new season and have been very economical in front of goal. Both teams scored in the two previous competitive meetings between the pair, both of which were Champions League finals.

At least three goals have been scored in three of Liverpool's last five fixtures, as well as in two of AC Milan's last four outings. In both the 2005 and 2007 Champions League finals in which these two sides faced off against one another, over 2.5 goals were scored.

All you need to know ahead of Liverpool vs AC Milan

Liverpool's preparation for their first group game couldn't have gone any better as Klopp's men ran out comfortable 3-0 winners at Elland Road. Salah put the visitors in front in the first half and Fabinho and Mane both netted in the second forty-five to help Liverpool secure an impressive away win over Leeds. Liverpool will surely go far again in the Champions League this season and as always, only a fool would rule them out of race for club football's elite competition.

AC Milan have won all three of their opening matches in Serie A this season and will be hoping to outdo last season's league winners, local rivals, Inter Milan. Ibrahimovic came off the bench to score AC Milan's second goal in a 2-0 win over fellow fast starters Lazio at the weekend, but a trip to Liverpool will truly test the Italian side's resolve.

Liverpool: The hosts will be without Firmino and Elliott for their midweek Champions League game but Milner, Minamino and Williams are all nearing returns and could feature from the bench.

AC Milan: Other than Olivier Giroud, the visitors don't have any injury concerns ahead of the trip to Merseyside and could start Ibrahimovic after the Swede returned to the side with a goal against Lazio at the weekend. 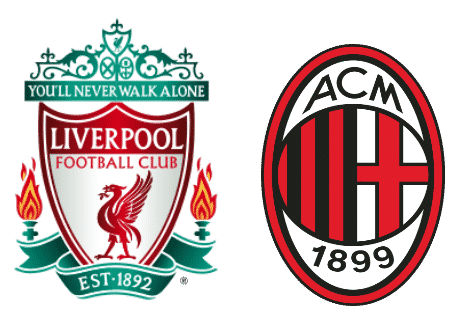