The tactical differences between leagues can make or break a footballer’s chance of success when crossing between them.

Just as the Premier League is defined by its high tempo, back-and-forth style, Serie A has its rigid emphasis on collective organisation, La Liga its pursuit of technical excellence and the Bundesliga its specialism in the transition phases.

Few players are equipped to perform in most, never mind all, of Europe’s major leagues, which is what makes Sergej Milinković-Savić so special.

Lazio’s midfield sensation undoubtedly has the necessary physical tools to make it in England, while at the same time he possesses the refined technique expected of someone born in Spain.

His intelligence has allowed him to thrive in Italy, while his dynamism and versatility could theoretically see him shine in Germany. A true all-rounder, it’s no wonder some of the Premier League’s richest and most prestigious clubs are seriously considering a summer move for the player.

Reports in Serbia suggest Milinković-Savić has emerged as a transfer target for Liverpool. The Reds are in the market for a midfielder after their apparent interest in RB Leipzig's Naby Keita appears to have cooled.

If the interest in the Serbian is legit then Liverpool's assistant manager Željko Buvač will have no doubt played a part in the player identification. Jürgen Klopp's right hand man was reportedly instrumental in signing Serbian powerhouse Marko Grujic.

It would be quite the step up for the 22-year-old, who, as it stands, has two years of experience in Serie A. Yet, on the evidence available, he would be both ideally suited to the English game and more than able to adjust to life in a new country.

Despite being born in Spain – in Lleida, to be precise – Milinković-Savić came through the youth academy of Vojvodina in Serbia, the country he chose to represent at international level.

Between his early years in Spain and youth career in Serbia, he spent a brief period at Grazer AK. The reason for the youngster’s movements wasn’t wanderlust, rather he was following his father, Nikola, who also played football professionally.

Coming from a sporting family with footballing father and a mother who played professional basketball, Milinković-Savić, along with his younger brother Vanja, was virtually destined to take to the pitch.

And, after making his breakthrough at Vojvodina in 2013-14 with four goals in 16 appearances, he alerted the attention of a club renowned for their scouting and development of talented prospects.

Others, such as Kalidou Koulibaly and Leon Bailey, have ended up in the top tiers in Italy and Germany. Thus, Milinković-Savić is one of many to have used Genk as a stepping stone to bigger things, something he did with impressive displays in 2014-15.

But it wasn’t simply his performances at club level that led to another move. Indeed, the midfielder’s showings at youth level for Serbia helped catch the eye of numerous potential suitors, including Lazio.

Having represented Serbia at under-19 level as they won the 2013 European Under-19 Championship and reached the quarter-finals of the 2014 Under-19 World Cup, he starred for his country’s under-20 side at the 2015 Under-20 World Cup.

Serbia won the tournament that summer with a victory over Brazil in the final, and Milinković-Savić was awarded the Bronze Ball for his efforts. Within less than two months, he had left Belgian football for Serie A.

Lazio beat off competition from Fiorentina to seal the 22-year-old’s signature in a €9 million deal, and Milinković-Savić adapted immediately to his new surroundings, asserting himself upon the first team and making 25 league appearances in his maiden campaign with the Biancocelesti.

And, having adjusted to the rigorous tactical environment of the league, he has become a key player for the club in 2016-17.

Discussing his time in the country last September, he was keen to highlight the overarching tactical focus as well as the role of head coach Simone Inzaghi.

“I’ve learnt a lot since coming here, especially from a tactical point of view. I do things I never did before, which is why I fell a lot more confident now,” he told Gianluca Di Marzio.

“I strongly desired Lazio, and today I can say that it was the right choice. I’m happy at this club. My relationship with coach Simone Inzaghi [is] all good.”

Inzaghi was appointed permanently following the farce that was Marcelo Bielsa’s brief time with the club last summer. The former Lazio striker had already coached the team on a temporary basis at the end of the 2015-16 campaign, but he has made his mark as a tactician and a leader this term.

They finished fifth in the league table and the team’s performances have been fuelled by a young core prioritised by Inzaghi.

Since his appointment, academy graduates such as 20-year-old Alessandro Murgia and 21-year-old Cristiano Lombardi have been given regular opportunities from the substitutes’ bench.

Felipe Anderson and Wesley Hoedt, both 23, have been revitalised while highly sought after 22-year-old Keita Balde Diao has become a more consistent threat in attack.

Milinković-Savić is not the most eye-catching of these young stars but he has been the most reliable. Week after week his displays have been of a high level and he has solidified his central midfield berth after a spell in attacking midfield last season.

In truth he is well suited to either role, despite standing tall at 6’3”, as he has the finesse and control to revel in the space behind the frontline.

He is able to glide beyond markers and resist pressure with his combination of sheer strength and precise footwork. He also presents a threat both in the air and on the ground. 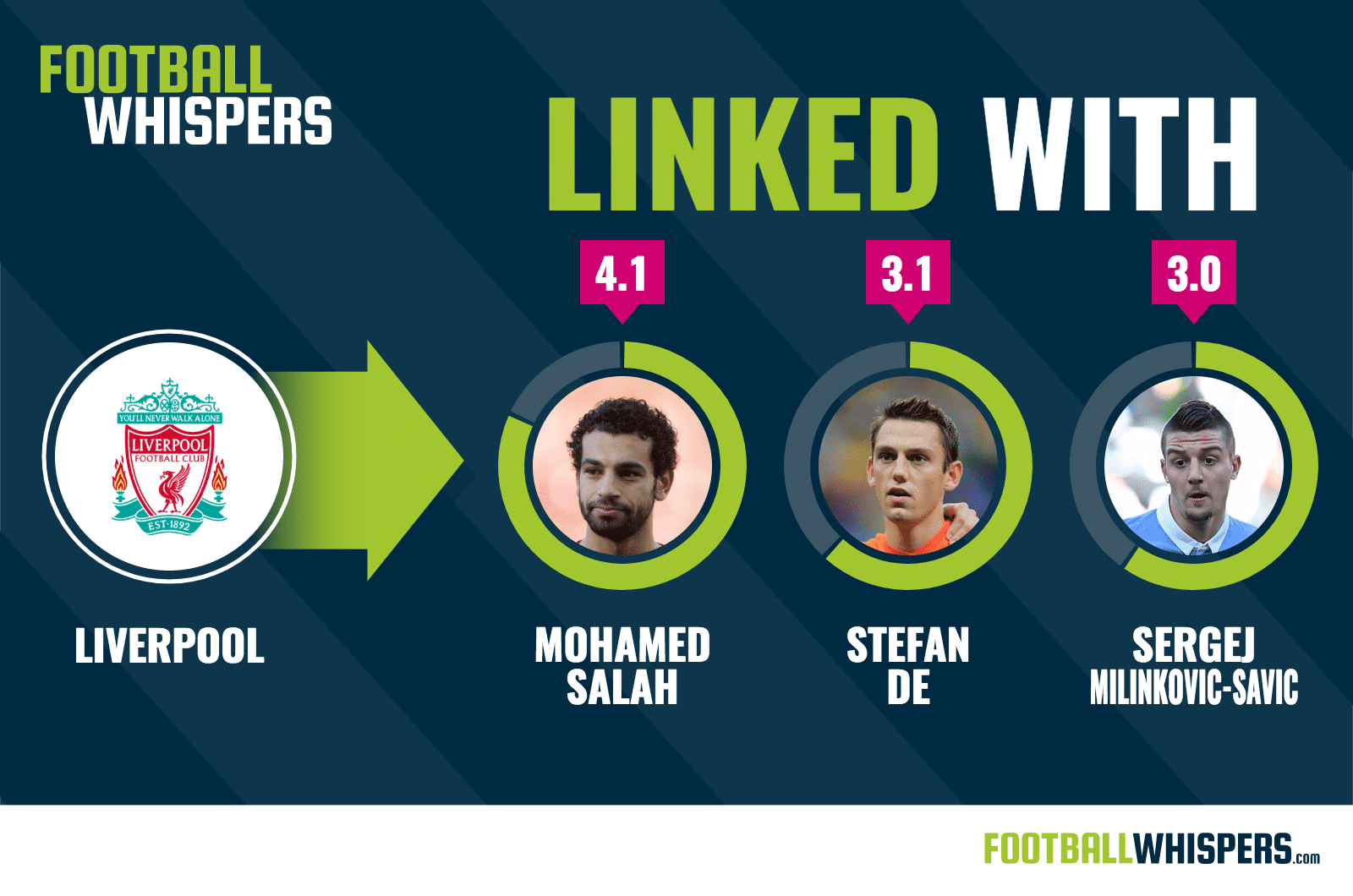 These assets make him a suitable target for any Premier League side – especially Liverpool, who tend to dominate ball possession.

In that team in particular his technical and physical characteristics would come to the fore. Although he is also a smart operator in the defensive phase, where he knows how and when to press an opponent.

Milinković-Savić is still in the formative stages of his career but he has already shown an uncanny capacity for adaptation to new countries and football leagues.

Born in Spain and raised in Serbia via a short spell in Austria, he developed in Belgium before making his name in Italy. His next stop may well be England.