Sources close to the club revealed exclusively to Football Whispers that the 23-year-old is seen as the perfect defensive utility man. Furthermore, it is believed Ginter would not be the only centre-back on the list of Liverpool's summer transfer targets.

The Reds are in the market for defensive reinforcements as the German coach looks to assemble a squad capable of sustaining a title challenge.

Klopp is keen to use his ties at Dortmund to get a deal in place before the window officially opens in July.

The Freiburg native has been linked with a €15million summer move to RB Leipzig. Liverpool are set to rival the team sitting in second position in the Bundesliga and believe offering him the chance to link up with his former manager could sway the player's decision.

The potential move would see the player link up with the man who brought him to the Westfalenstadion in the summer of 2014 — the same summer he was part of the German squad which won the World Cup.

Dortmund paid a reported £8million for Ginter’s services, and at the time it was seen as a coup with Manchester United showing an interest.

First-choice centre-back pairing Dejan Lovren and Joël Matip have missed a number of matches due to injury and their deputies, Lucas Leiva and Ragnar Klavan, have failed to impress on a consistent basis.

The drop off in quality is alarming and it’s one of the reasons the Merseyside club, who are currently fourth in the Premier League, have conceded more goals than any other side in the top seven.

BVB’s sporting director and transfer guru Michael Zorc was complimentary of the player upon his arrival and lavished plenty of praise on the centre-back.

“Matthias is one of Germany’s strongest, most versatile and talented young players. We made a conscious decision to start the new season with four formidable centre-halves.”

65' – Ginter won a tackle on the edge of the box, which fell through to Aubameyang to finish. Klopp will be pleased. #BVBSCP

He signed a five-year deal worth £30,000 per week which tied him to the club until 2019. He struggled, as did the entire team, during his debut season with the club which coincided with Klopp’s final campaign at the helm. If Ginter opted to make the move to Anfield he could see his salary comfortably doubled.

Ginter was a victim of his own versatility, rarely given a consistent run of matches in a set position and this mix doesn’t bode well for a confidence player. He was almost used as a man to paper over numerous defensive cracks in an injury-ravaged Dortmund side.

Under Thomas Tuchel he’s improved; his performances are less extreme now and there’s more of a consistency to his game. Ginter started 21 Bundesliga matches last season and 19 so far this term. The 23-year-old still fills in at right-back occasionally but he’s predominantly being used as a centre-back now.

However, it was telling that when Mats Hummels departed to join Bayern Munich last summer that the club didn’t turn to Ginter, instead BVB signed Barcelona’s Marc Barta to replace their outgoing captain.

Not content with that, they have agreed a deal with Bayer Leverkusen to sign Ömer Toprak in the summer. It’s clear that while they may see a use for Ginter, he’s not considered good enough for Tuchel to build a defence around.

This is perhaps due to a lack of consistency. The former Freiburg man is far from perfect but it's worth noting errors always look worse when it's a centre-back making them.

Ginter can call himself lucky these 2 chances didn't go in.
Absolute shambles. pic.twitter.com/4PZEUWyZ5n

Ginter is capable of playing anywhere in defence as well as in a defensive midfield role. So far this season he’s played as part of a back three and a back four, showcasing the sort of flexibility that’s sparse when it comes to defenders in the modern game.

With the deepest midfielder at Liverpool regularly dropping between the centre-backs and making it almost a three man defence, the central defenders often have to fill wide positions. Some limited stoppers look uncomfortable when in wide areas but that's not the case with Ginter. 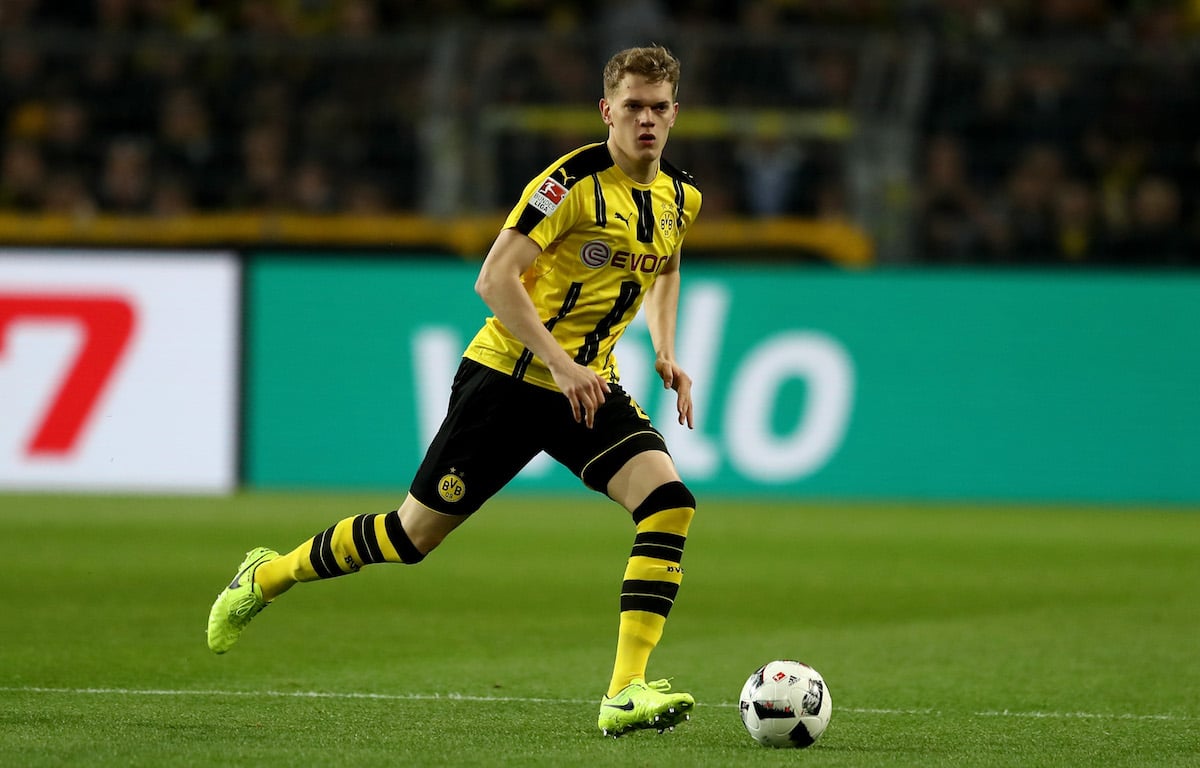 He's a proactive defender who plays in a team which presses the opposition, similar to Klopp's Liverpool, although perhaps a little more refined. In Dortmund's 1-0 win over Bayern earlier this season, Ginter was often in the oppositions half having tracked Franck Ribéry.

Ginter is also good in the air, winning 3.1 aerial duels per 90 minutes, which puts him 0.8 ahead of Matip and just 0.1 behind Lovren, the most aerially dominant player in the team.

In terms of tackles and interceptions (2.9) he's on par with Matip and just behind Lovren (3.1). It's on the ball, though, that Ginter excels, averaging 78.6 passes and completing 87.2 per cent of them per 90 minutes — only Jordan Henderson can boast more passes per match than that.

It's a necessity to be confident on the ball in a Klopp team so in that sense Ginter would fit right in. There's a difference between being competent and being confident: a competent player makes the simple passes, whereas a confident one will look to break the lines; the Dortmund man falls into the latter category. 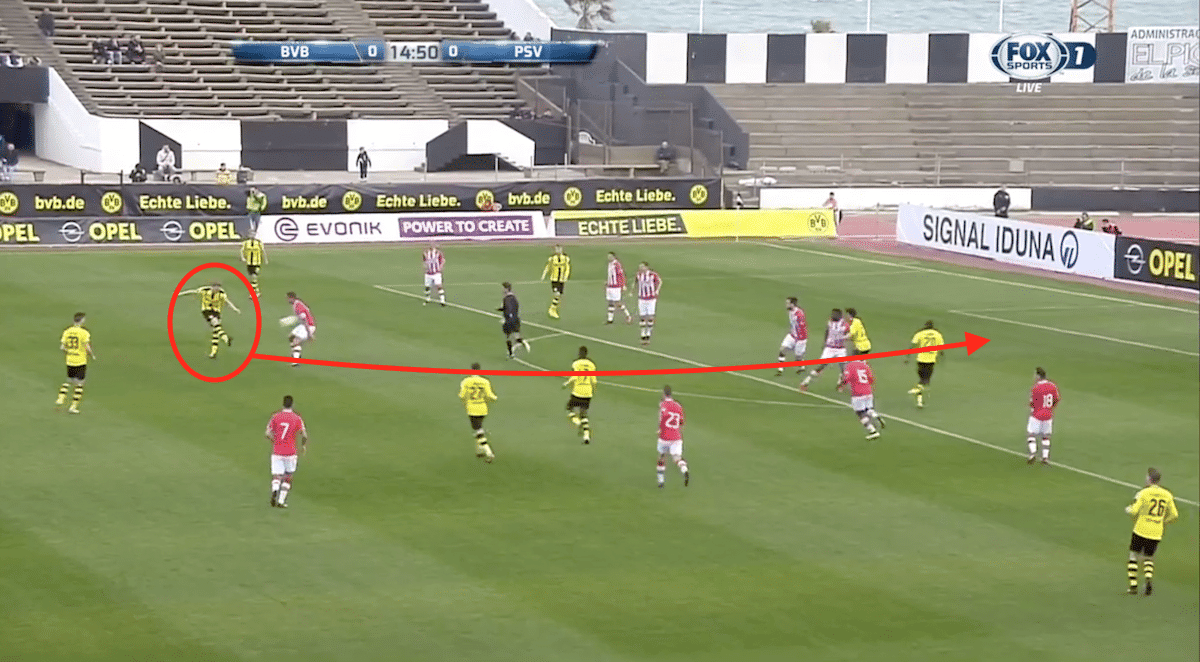 In the picture above, Ginter joins the Dortmund attack from a centre-back position; he works the ball onto his stronger right foot before delicately chipping a pass over the PSV defence and into the path of Adrián Ramos.

It's a pass which a playmaker would be proud of against a fairly deep defensive line. 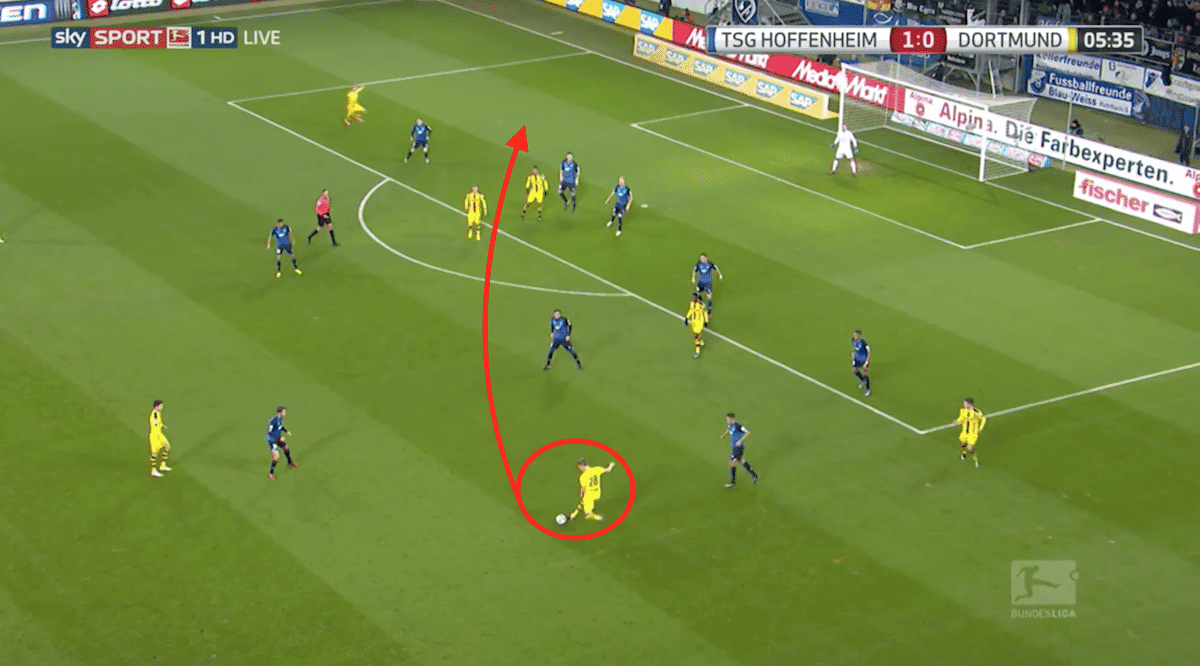 This example is more of a cross as opposed to a pass but nevertheless, it's impressive execution and vision yet again. On his weaker foot as he drifts in from the right, Ginter plays a ball over the top and into the bath of the left-back. 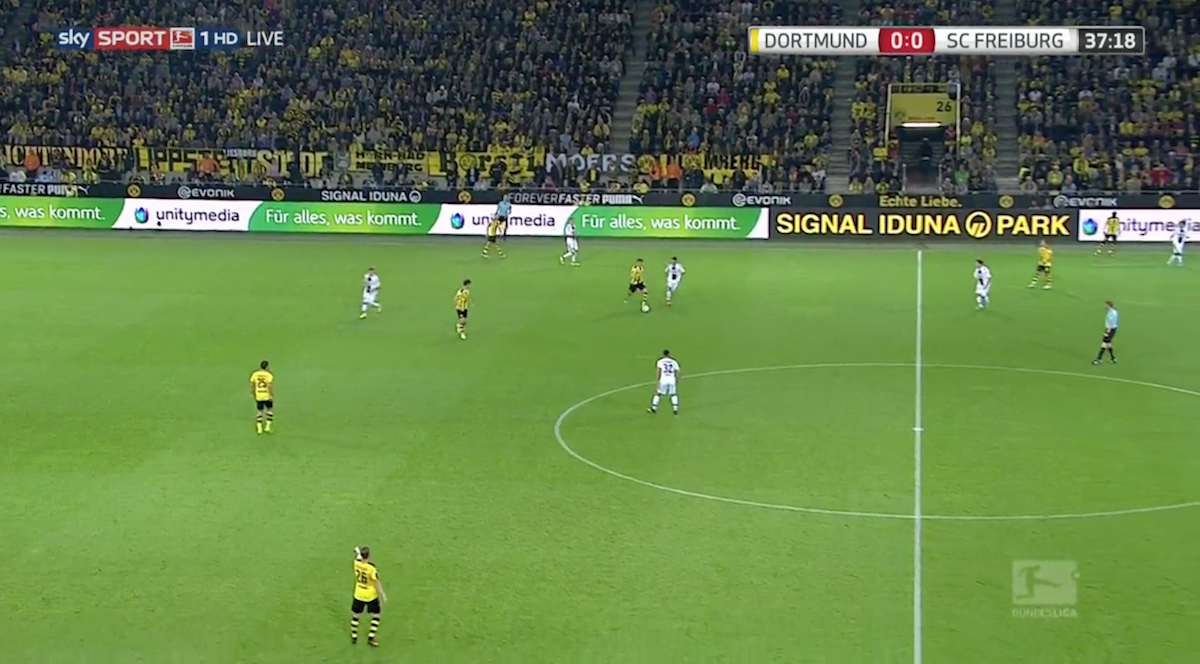 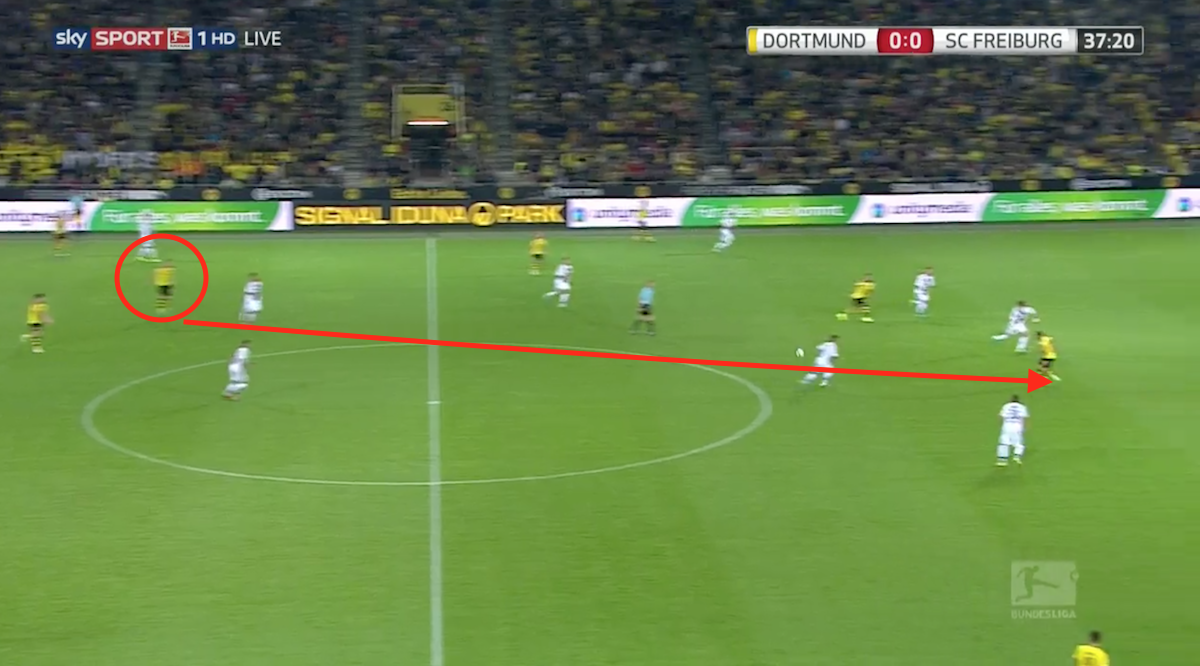 This time, against his boyhood club, he picks the ball up in a deep area, turns and plays a team-splitting pass straight through the heart of the opposition before they are able to get a tackle in. In this instance he makes the difficult look extremely easy.

Is it likely to happen?

According to various reports in Germany, Ginter has been itching for a move away from Dortmund (and Betfred promo code) since the summer of 2015, and it could be third time lucky for the centre-back this time around. The rumoured fee of €15million would see the club make a profit on a player who has failed to really live up to expectations. It would also cover the cost of the incoming Toprak.

Ginter may have failed to fufil the potential he showed as a youngster, but a fresh start might be all he needs. Klopp is the ideal man to develop him, and Liverpool are in need of defenders suited to the German manager. It makes a whole lot of sense and could be a shrewd signing.

Can Philippe Coutinho rediscover his early season form to fire Liverpool into the Champions League?