Old Trafford may no longer be a fortress but taking a point home from there isn’t something you should turn your nose up at.

Heading into Sunday's clash with Manchester United, Liverpool were the clear favourites. The Reds had racked up 17 consecutive Premier League wins, were gunning for a record-equalling 18th and boasted a 15-point lead over their hosts.

On paper, it should’ve been a formality. But football isn’t played on paper and there are certain things you simply cannot quantify, such as Liverpool’s mental block at Old Trafford.

Taking into account the performance and a number of questionable refereeing decisions, a point isn’t a disaster. Yes, Jürgen Klopp’s team played poorly for large parts, but so did the hosts.

United, the home side, finished the match with an expected goals total of 0.79.

Ole Gunnar Solskjær’s team had just seven shots and landed only two of those on target. They attempted just 300 passes compared to Liverpool’s 648 and averaged just 32 per cent of the possession. Talk of how they deserved all three points is just wrong. Klopp’s men had more shots, a higher expected goals total, more passes and more possession.

Had the match gone on for ten minutes longer, the away side probably would have found a winner. Whether Klopp got it wrong prior to kick-off or the players simply didn’t execute his plans properly, it's impossible to say. What is for sure is his substitutions changed the game. 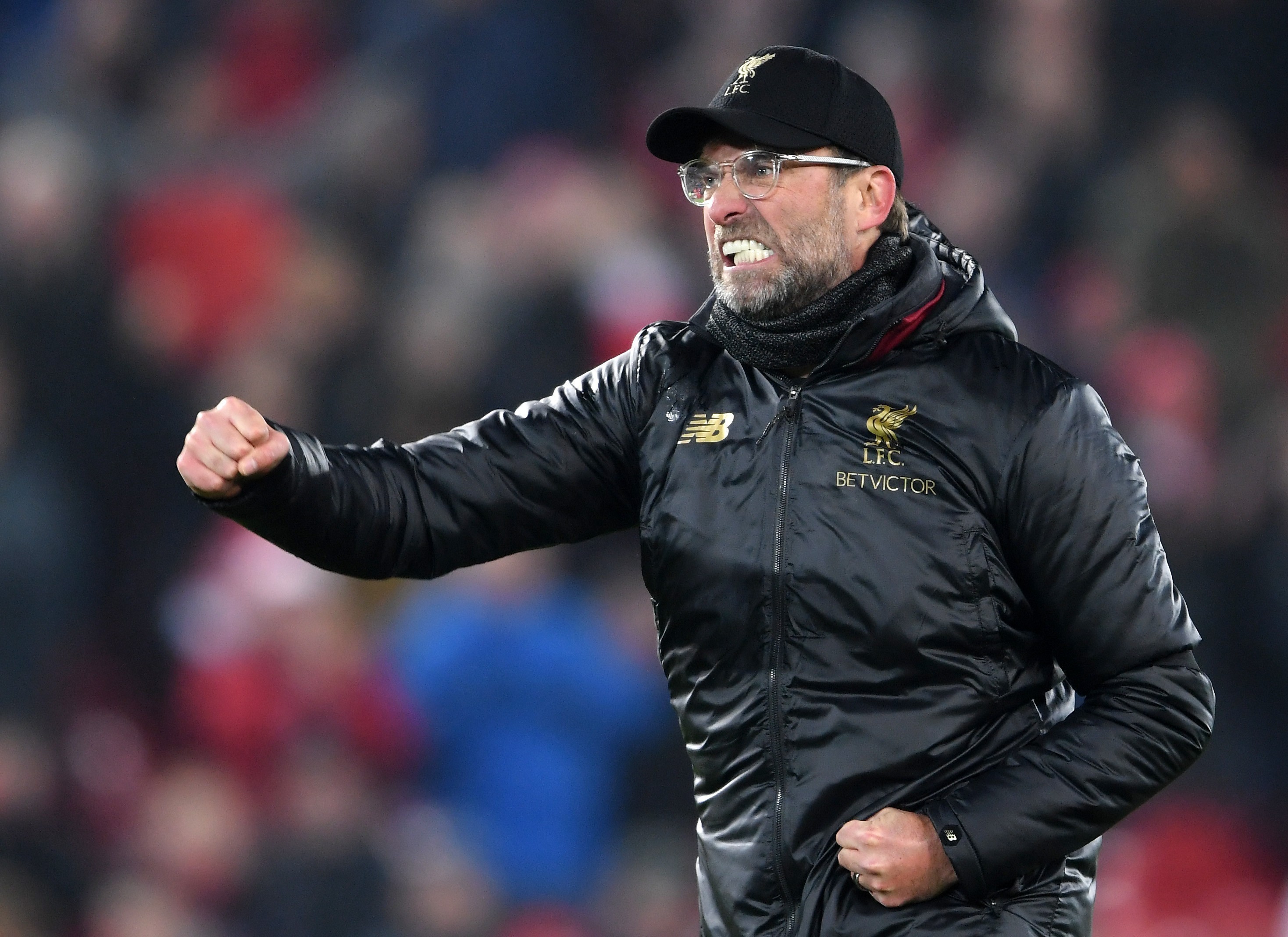 The Reds came out after the half-time break with a different shape and more purpose. They gave it 15 minutes before their first substitution. It’s rare to see Klopp make changes as early as he did against United. But with just shy of 60 minutes on the clock, Alex Oxlade-Chamberlain replaced Divock Origi.

The next substitution arrived ten minutes later with skipper Jordan Henderson taken off in favour of Adam Lallana. The Reds were trying everything to find a way back in the game. They moved away from 4-3-3 and adopted more of a 4-2-3-1 shape for a period. The aim was to get Roberto Firmino on the ball in more dangerous areas.

It worked, with Klopp’s side beginning to dominate not just possession but space, too. The final change of the match came ten minutes after Lallana’s introduction with Naby Keïta getting his first minutes of the Premier League campaign when he came on to replace Gini Wijnaldum.

It meant the Reds had subbed off two workhorse-like midfielders in Henderson and Wijnaldum, as well as Origi – a one-on-one player who thrives in space – for three technical players who can pick a lock. It took the creative burden off of Trent Alexander-Arnold and Andrew Robertson and gave United more to think about.

89th minute equaliser for Southampton in 2014

85th minute equaliser for Liverpool in 2019

Lallana showed how comfortable he was under pressure, receiving passes between the lines and keeping hold of the ball in areas Liverpool needed it to be in. Oxlade-Chamberlain wasn’t as calm in possession but he injected some energy into the play.

He was probing when on the ball, he was looking to beat players and he was prepared to shoot from distance, something many players in red simply don’t do. The former Arsenal man nearly fired home the winner but his left-footed effort from distance narrowly missed David de Gea's post. The midfielders for the away side went from looking to retain possession to being a lot more expressive. And this troubled a tiring United.

Perhaps the biggest difference-maker was the introduction of Keïta. The Liverpool No.8 did nothing spectacular but he did keep the ball moving. This isn’t to sensationalise the simplistic, but the former RB Leipzig dynamo ensured the Reds kept the pressure on United.

At times, the Liverpool midfield would retain possession in sterile areas at a walking pace. Even when Keïta was playing two-yard passes, he was always on the move for the return. When on the ball, he’d use his body; shoulder feints and hip pivots, to drag United players into different areas.

The equaliser arrived after one such moment. Keïta delayed a pass and shaped to play it inside the area. This forced Aaron Wan-Bissaka to tuck inside, almost stepping on Victor Lindelöf’s toes. When the Guinean released the pass to Robertson, the Scotland captain had more space and it’s why he was able to drive in a low cross, as opposed to putting in a high ball.

Klopp mentioned Keïta's impact in the post-match interview: “Naby maybe came on a bit late to have an influence but the influence was there.”

With players now returning to fitness after injury, the Liverpool squad has game-changing and match-winning options. That isn’t to say they aren’t light in attack – they definitely are – but, for example, very few teams will be happy to see the likes of Oxlade-Chamberlain and Keïta coming on with 30 minutes left to play. Teams eager to press in their defensive third won’t enjoy coming up against Lallana.

A point against United is a positive in the grand scheme of things – that being Martin Atkinson’s performance as referee. The Reds came from behind and changed the game with their subs, both positives to take from the tie. If this game is what makes Klopp realise his midfield doesn’t have to be as workmanlike as it has been then that's perhaps the biggest positive of all.