Arturo Vidal doesn’t scream Liverpool transfer target. The Chilean midfielder turned 30 years old in May, he’d cost a pretty penny to pry away from the clutches of Bayern Munich and the player would likely expect his £150,000-per-week wages be matched, if not bettered.

If you were to describe a potential signing who is the complete opposite of the profile Liverpool usually target, there’s a chance you’d inadvertently be talking about the pit bull midfielder.

But according to World Football Index sources in Chile, Vidal is being mooted as an alternative to Naby Keïta with the Merseyside club growing restless as their pursuit of the RB Leipzig midfielder continues to stall.

The Reds have already seen two bids for 22-year-old Keïta turned down, one of which was an offer worth almost twice as much as the club's current transfer record. It made all the sense in the world, too.

The dynamic box-to-box midfielder has already rejected a new contract offer with the Bundesliga outfit meaning he could leave next summer for £45million, the release clause in his deal.

Yet despite the prospect of missing out on a pay day worth an extra £20million, Ralf Rangnick hasn't been scared into selling his prized asset.

And with the window now just the three weeks away from shutting, the Reds are looking at alternatives as they look to bolster their midfield options.

No doubt the need for a midfielder has increased over recent days following the news Adam Lallana is set to be missing from action for a number of months after injuring his thigh during a training session the day before the Athletic Bilbao match.

Why Vidal makes some sense

With time running out and prices skyrocketing by the day, Liverpool and their owners, Fenway Sports Group, could well break tradition and look for a short-term payoff in the form of Vidal while they stalk Keïta in the hope they can land him next summer.

While all three are no doubt talented players they are all long-term projects and their arrival would more than likely close the book on Keïta calling Anfield home.

Sanches would arrive on loan and is talented enough to make an immediate impact. However, his inexperience and age means he's likely to suffer from inconsistency and Liverpool can't really afford that given they're going to be competing on four fronts.

Furthermore, why would Jürgen Klopp and the club put time, effort and energy into developing a player they won't have for the long-term?

Milinković-Savić looks as exciting prospect but Lazio are said to want €62million for their powerful Spanish-born Serbian international.

Liverpool have the cash but given he's different to Keïta – Liverpool's top transfer target – it makes no sense to spend similar money on an inferior product, and that's meant in the most respectful way possible.

If you're going to spend big you do it on your first choice target, you don't just spend for the sake of spending on another midfielder with a different skill set and profile.

Goretkza ticks many boxes and given his contract expires next summer he wouldn't cost a small fortune.

Recent reports, though, have implied he's agreed to join Bayern Munich when his Schalke deal expires.

There will no doubt he counter arguments to all of the points raised above but there's no debating the fact it's been abundantly clear all summer that Klopp views the former Red Bull Salzburg man as his ideal midfielder.

While there is still a chance of him joining the club, Klopp will keep that avenue open. And rightly so.

Liverpool lack a lot of what Vidal offers. He would arrive with big game experience in abundance. He adds some bite to an often shy, and sometimes cowardly midfield, and he brings a winning mentality that the club have been without since Luis Suarez bit his way into Barcelona back in the summer of 2014.

Luciano Spalletti's men had also shown an interest in Keïta before apparently opting to go for Vidal. 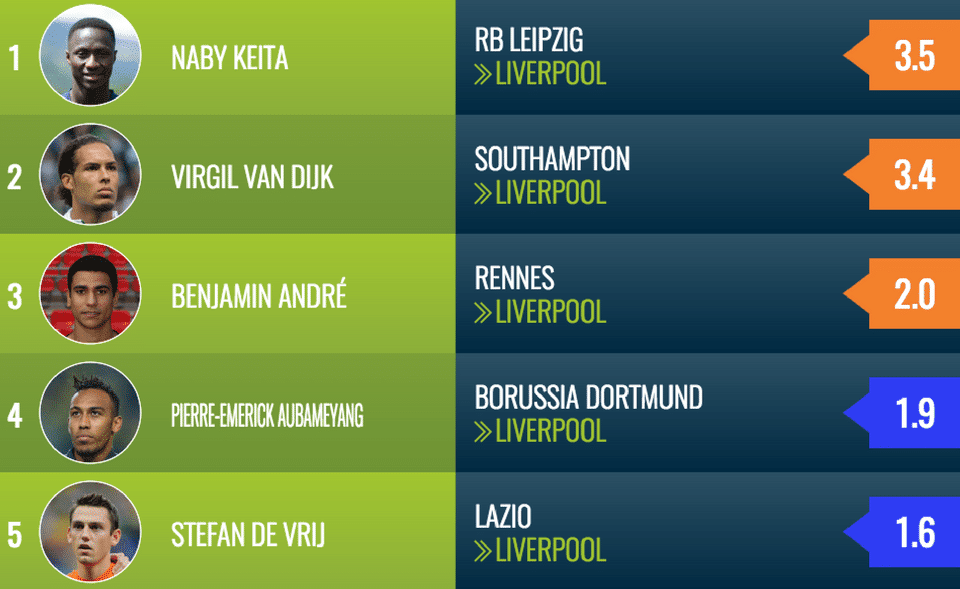 A switch is yet to materialise but it's not the first time he's been linked with a move away from Bavaria. In January he was heavily linked with a move to Chelsea with Antonio Conte said to be eager to bring Vidal to Stamford Bridge.

Yet Vidal to Liverpool is a match made in heaven. It gives the player the opportunity to strut his stuff in England and gives Liverpool a player they can fully utilise for a season before returning for Keïta.

FSG know 12 months down the line Vidal will still have value to teams across Europe and they'd be able to recoup the majority of whatever they spend to lure him to Anfield.

He wouldn't come cheap but Bayern are a business and they would sell him for the right amount of money. He would be an adrenaline shot this Liverpool team need to battle it out on all fronts.