Liverpool used to be a stepping-stone. Now they are a final destination.

The club have restructured their wage bill to not just compete at the top but to stay there. And for the first summer in several years Liverpool kept hold of their star attractions with relative ease.

For instance, Real Madrid president Florentino Pérez deemed Sadio Mané too expensive for Los Blancos when they enquired about the Liverpool No.10 this summer.

Zinedine Zidane is believed to be a keen admirer and the Reds have previously been bullied by the likes of Real Madrid and Barcelona. But roles have been reversed in recent years.

Yes, Barça managed to convince Liverpool to part ways with Philippe Coutinho but the deal was done on Michael Edwards’s terms.

Barça shelled out £105million for the Brazilian with a further £35million to be paid in add-ons. They also agreed to pay a £100million premium if they wanted to sign another Liverpool player within the next two years.

The LaLiga champions were essentially forced to pay close to a quarter of a billion pounds – premium included – for a player they’d courted for six months, who’d handed in a transfer request, and who Klopp wasn’t too fussed to see leave.

The Brazilian called it a dream move. Yet just 18 months later Coutinho has joined Bayern Munich on loan. A poor fit in midfield, he doesn’t offer the same dynamism in wide areas as Ousmane Dembélé or Antoine Griezmann. Neymar could be about to return, too.

Los Cules never took to Coutinho. Ernesto Valverde never trusted him. The Brazil international failed to replicate the form he showed at Anfield and his stock dropped.

Once considered to be one of the best attacking midfielders in Europe, Coutinho didn’t even top Bayern’s summer wishlist. The Bavarians wanted Leroy Sané prior to the Manchester City star's knee injury.

Playing for Liverpool hid Coutinho's flaws and showcased his strengths. At times he was frustrating but he took his game up another level in his final few months on Merseyside.

He was comfortably the best player in the league. He was utterly devastating in front of goal and was taking centre-stage ahead of Mohamed Salah, Roberto Firmino and Mané – arguably one of the most potent trios in world football.

That’s how good the Brazilian magician was under Klopp. Yet it wasn’t enough for him. There’s nothing wrong with ambition. The temptation to play alongside Lionel Messi would be one many would struggle to resist. 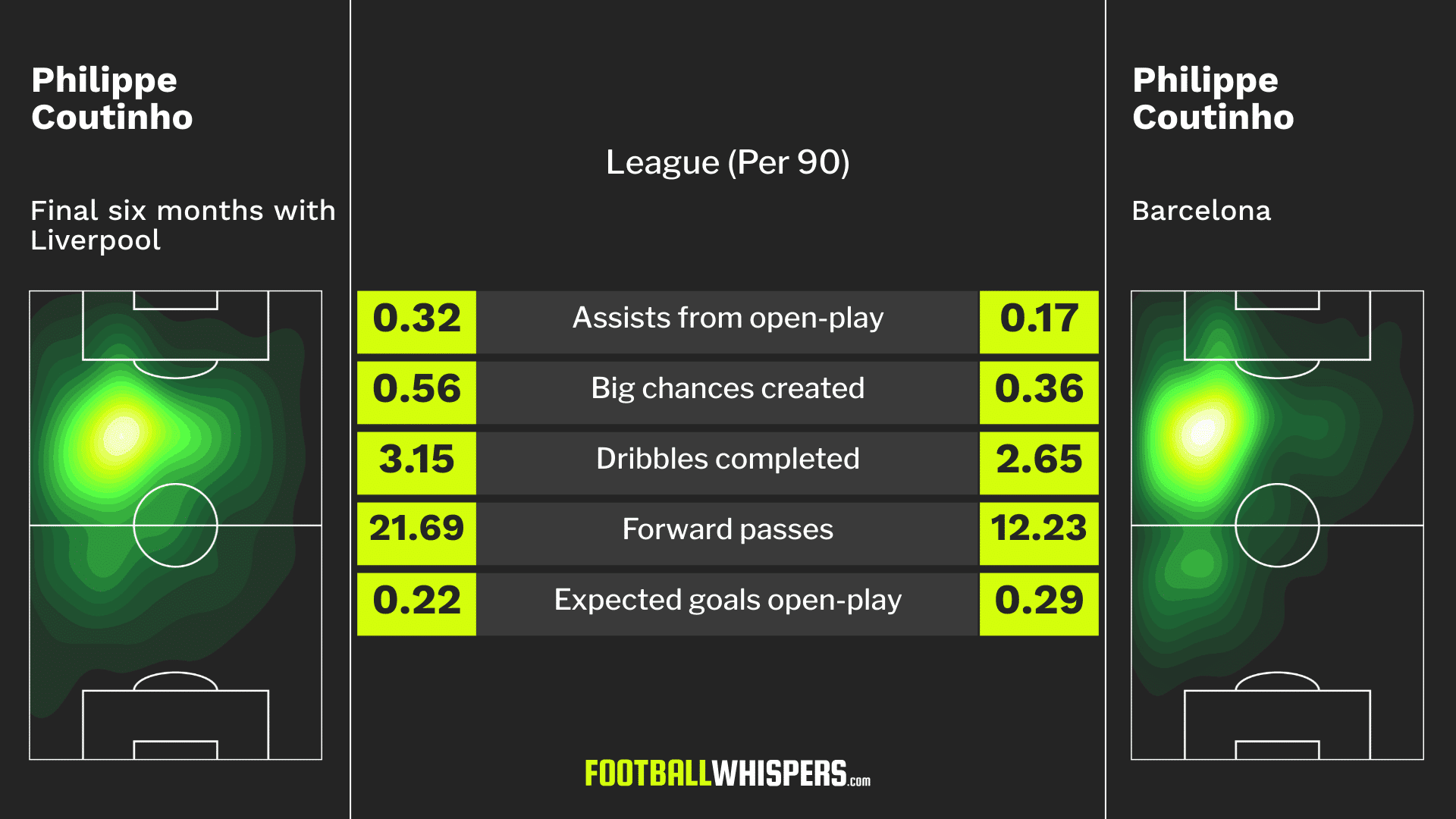 But the former Liverpool No.10 forced his way out of Anfield just as Liverpool were on the cusp of something special under Klopp.

And to make matters worse, Coutinho went from one of the Reds' main men – adored by the masses – to a support act. Now he will be shoehorned into the Bayern team, just as James Rodríguez was, and judged on what he manages to produce.

Liverpool, meanwhile, have reached two European Cup finals since he left. They posted a club-record 97 points in the Premier League and used the Coutinho funds to assemble a stronger squad. There’s moving on and then there’s moving on in style: this is definitely the latter.

The latter kicked up a fuss and became a distraction. Can, meanwhile, went about his business. He ran down his deal but was still committed to Liverpool on the pitch.

The German reportedly made lavish demands to stay at Anfield. He wanted a release clause – something the Reds didn't entertain–- and asked for a wage which would’ve made him a top earner.

Liverpool held firm and lost the powerhouse midfielder on a free transfer to Juventus. They replaced him with Fabinho, a player many consider to be one of the most important members of the squad.

Can divided opinion during his debut season in Italy. He made just 20 Serie A starts, the fewest number of his career since his debut with Bayern during the 2012/13 campaign, and failed to break the 2,000-minute barrier in the Italian top flight. 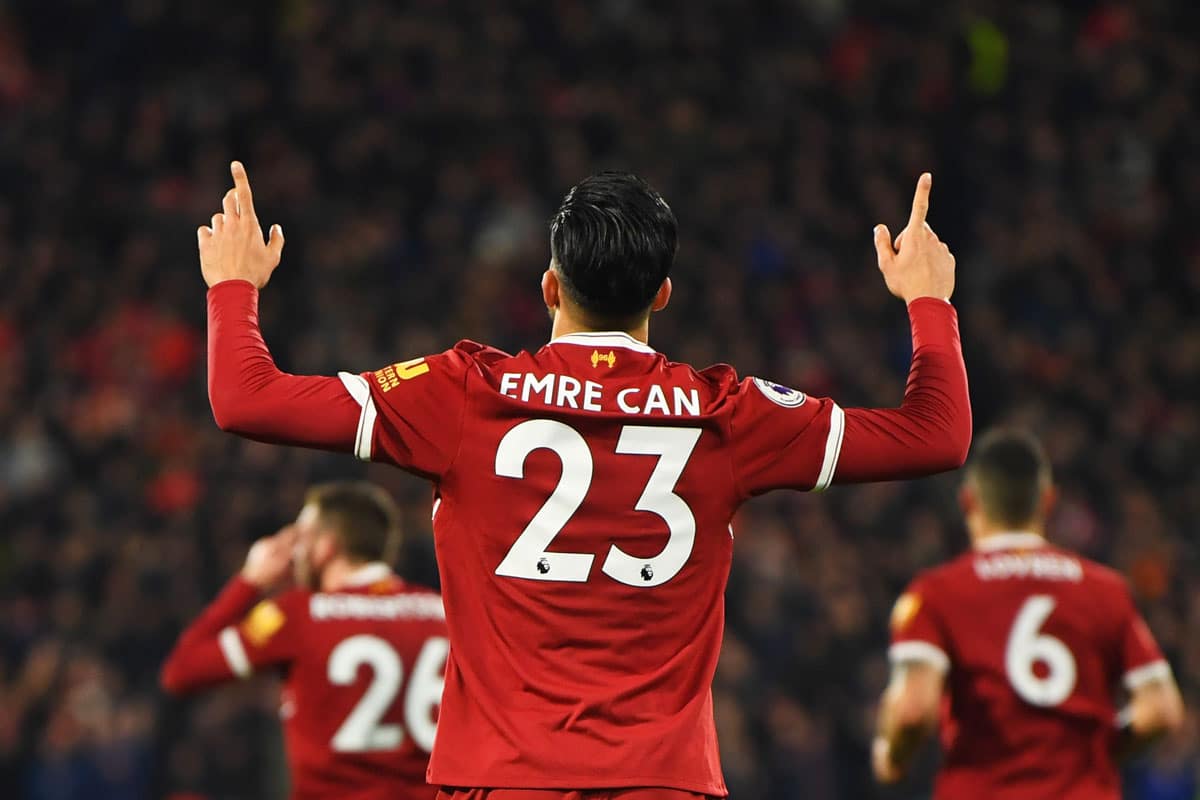 According to reports in Italy, the Germany international has been told by new boss Maurizio Sarri that he can look for a new club.

Juventus failed to sell Sami Khedira or Blaise Matuidi this summer and have too many midfielders after the arrivals of Aaron Ramsey and Adrian Rabiot. Can will be sacrificed.

In the space of 12 months, the German went from being part of Klopp’s trusted midfield rotation cycle to surplus to requirements.

Both he and Coutinho moved on to better their career, not realising they owed a lot of their success to Klopp’s system.

Without it, things aren’t as good and it’s perhaps why none of the stars at Anfield are looking to move on. They know the German tactician knows how to accentuate their strengths while hiding their weaknesses.

It’s why Liverpool is now a home for top stars.